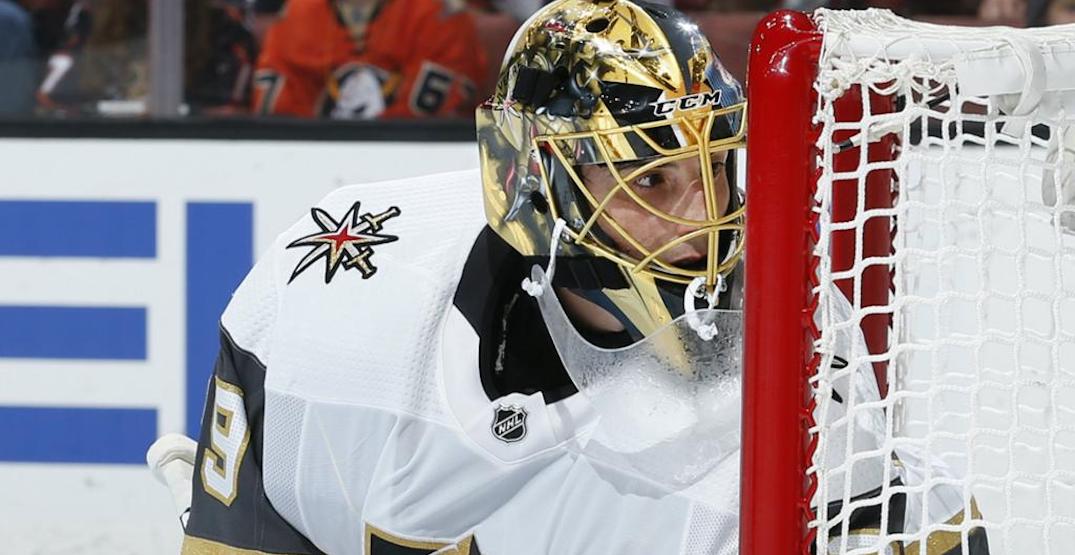 Canucks fans know all about goaltending controversies, but not even at the height of the Luongo-Schneider saga did we see the agents get involved publicly. Certainly, not like this.

Marc-Andre Fleury’s agent could spark some uncomfortable questions for the Vegas Golden Knights, on the eve of the start of their Western Conference semi-final series against the Vancouver Canucks.

Allan Walsh, an often outspoken agent and the Co-Managing Director of Octagon-Hockey, tweeted out an image of his client being stabbed in the back with a sword on Saturday. The sword has the name of Golden Knights head coach Peter DeBoer on it, so the message was clear.

Walsh has since deleted the tweet, but this was the image:

@walsha why did you delete this tweet? Your job is to advocate on behalf of your client and your doing a fine job. Please continue beating this drum for the next 10-14 days. pic.twitter.com/MOgUhsyet1

I guess we can assume that Lehner’s been told he’ll start Game 1.

Fleury lost the starting goalie job to Robin Lehner, who was acquired by the Golden Knights in February. Lehner played just three regular season games with Vegas before the season was paused, but has received the bulk of playing time in the postseason.

Lehner (5-1) has started six postseason games, while Fleury (2-0) has only started twice. Neither goalie has posted great numbers so far, though Lehner (.904) has an edge in save percentage over Fleury (.886). Lehner (3rd in voting) and Fleury (4th) were both in the Vezina Trophy conversation in 2019.

There’s no controversy for the Canucks, meanwhile, as Jacob Markstrom (7-3) has started all 10 postseason games, posting a sparkling .929 save percentage.