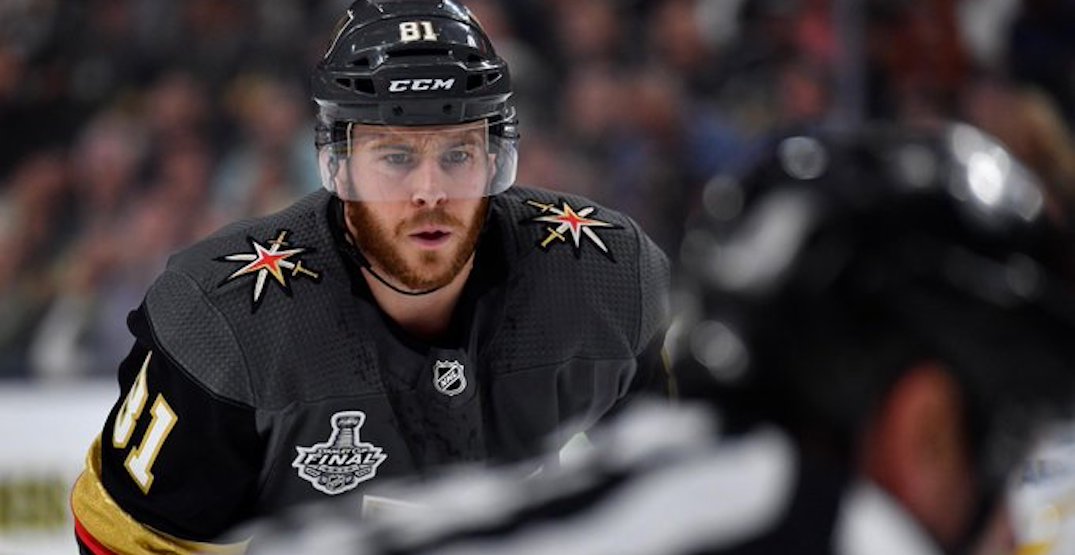 If you thought the most intense chirping from the Canucks playoff series against Vegas was between Antoine Roussel and Ryan Reaves, think again.

After the Canucks’ huge bounce back win on Tuesday to tie the series against the heavily favoured Golden Knights, it got nasty… on Instagram of all places.

Canucks fans appeared to take issue with this apparent embellishment by Knights forward Jonathan Marchessault early in the second period.

JT Miller was assessed a two-minute penalty for hooking on the play and Canucks fans were pissed.

Necessity breeds innovation, so without the ability to chirp him in person, fans found Marchessault’s Instagram page and hurled insults at him there instead.

“Do you play soccer?”

“How’s the Olympic diving career coming along since you like diving on the ice?”

The comments have since been deleted, but well, you know…

Those chirps were pretty harmless enough, though the comments did come on a lovely picture of Marchessault and his wife from their wedding anniversary last month.

Either way, Marchessault was not pleased, hurling some vulgar and insulting language at the commenters.

We’ll see if any of that bad blood boils over into Game 3 on Thursday.