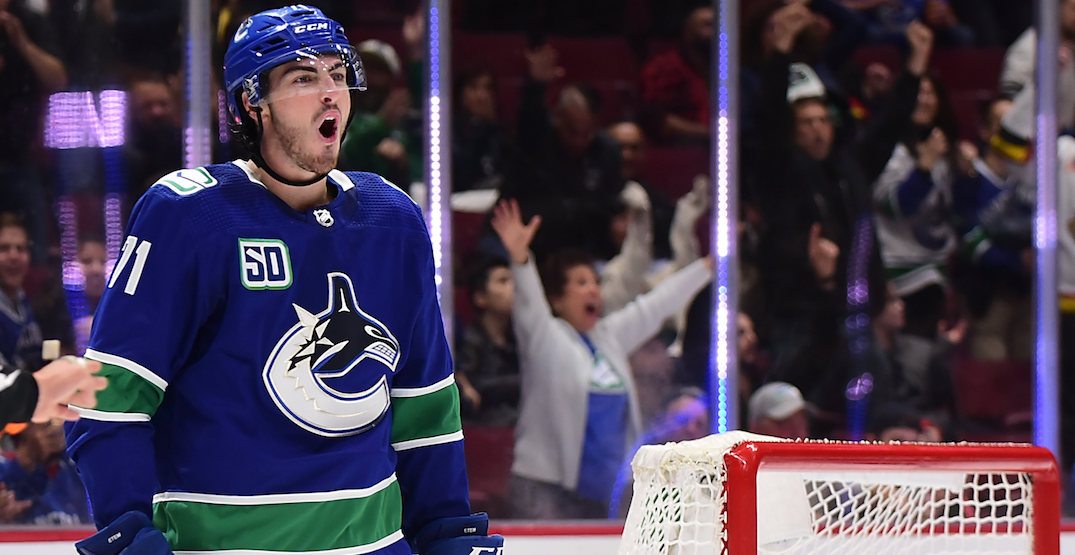 Zack MacEwen will be staying in the NHL after all.

Just not with the Vancouver Canucks.

The 25-year-old forward has been claimed on waivers by the Philadelphia Flyers, ending his four-plus-year tenure with the Canucks organization.

TRANSACTIONS: We have claimed right wing Zack MacEwen off of waivers from the Vancouver Canucks.

The last cut made by Travis Green, the Canucks elected to waive the PEI native so they could add Alex Chiasson to the team.

MacEwen was well liked by fans, in large part because of his backstory. The 6-foot-3 forward went undrafted, but worked on his game, showing improvements with the Utica Comets before making his NHL debut in 2018-19.

MacEwen made a good impression in 17 games with the Canucks in 2019-20, scoring five goals and adding an assist. But last season, MacEwen seemed to take a step back, notching just one goal and one assist in 34 games — albeit in a difficult season for everyone in Vancouver.

The Canucks will miss MacEwen’s toughness though. MacEwen dropped the gloves six times last season, and twice recently in the preseason. With Travis Hamonic out of the lineup for the foreseeable future, the only Canucks player left that fights on a somewhat regular basis is Luke Schenn.