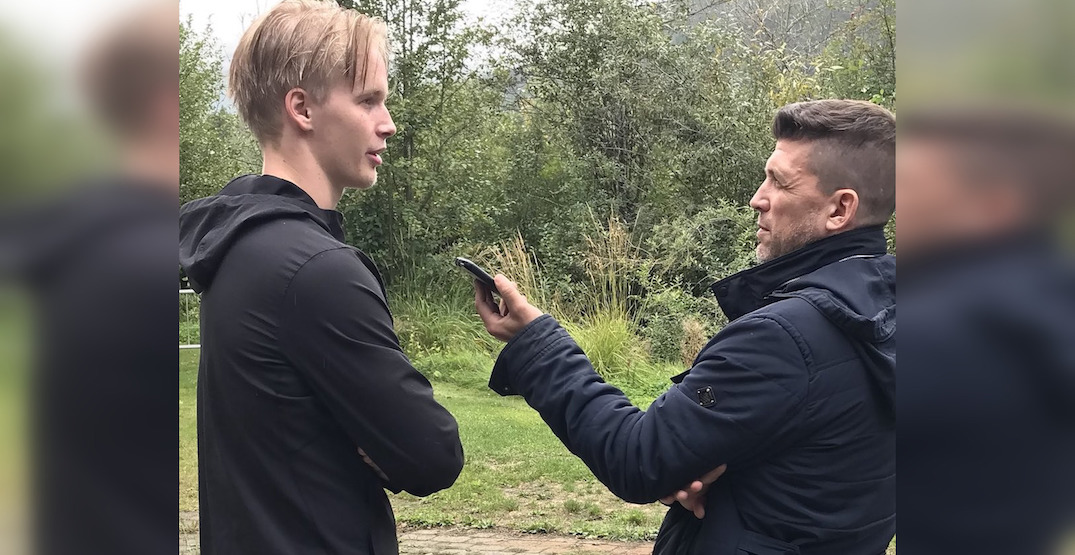 Get your resumes ready.

The Vancouver Canucks Communications department has announced plans for the third edition of The Botchford Project, honouring the late Jason Botchford.

Six aspiring sports writers will get an “unforgettable experience” by getting to cover the Vancouver Canucks alongside members of the media at Rogers Arena this season.

Winning candidates will cover the morning skate, view the game from the press box, and have the opportunity to ask questions to players and coaches for a paid article that will be published on Canucks.com.

“The Botchford Project continues a legacy Jason inspired during his career covering the Vancouver Canucks,” said Chris Brumwell, VP Communications, Community Engagement and Social Impact. “He was always looking at ways to mentor young, aspiring writers as they were trying to break into the industry. The support of our local sports media has been tremendous and we are proud to continue The Botchford Project again this year.”

Sponsored by The Athletic, The Botchford Project is made possible by the support of Kathryn Botchford, Jeff Paterson, Thomas Drance, and Ben Kuzma.

The Botchford Project has awarded a mentorship experience to 12 aspiring writers in each of the last two seasons. Two of them, David Quadrelli and Chris Faber, have gone on to become accredited members of the media since then.

“Jason would have been so humbled by The Botchford Project initiative,” said Kathryn Botchford. “For him, supporting young writers was critical to the future of journalism. He was so passionate about this industry and seeing it evolve through young, emerging writers. This initiative enables a community to pay it forward by continuing what he started. My family and I are incredibly honoured and so grateful to see Jason’s legacy continue through The Botchford Project.”

Applications will be accepted until January 14 through this form on the Canucks website. Successful candidates must be at least 18 years old, demonstrate a strong interest in sports journalism, and ideally have a portfolio of published work. Applicants currently enrolled in journalism programs will be given priority.