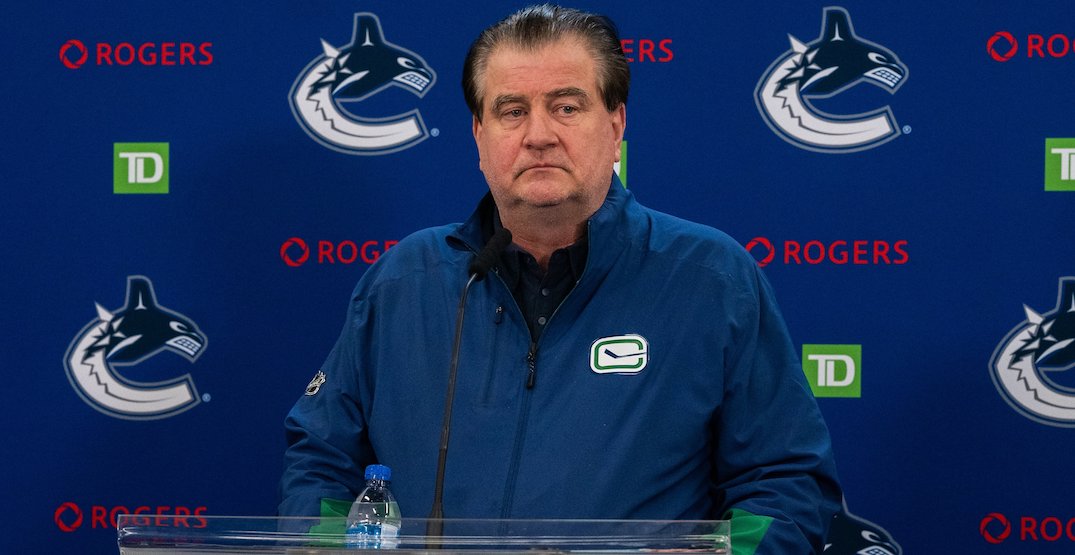 How bad are things going for the Vancouver Canucks?

Where do we start?

On Sunday, the Canucks outplayed the Chicago Blackhawks but still lost, getting shut out in a 1-0 loss on home ice. Getting blanked by one of the league’s worst teams was bad enough, but given that the Blackhawks played the night before in Edmonton, it just underscores how pathetic this team is right now.

Fans are calling for the general manager or coach to be fired — if not both. Jim Benning says he’s looking to make a trade but otherwise didn’t have many great answers when he met with the media last week.

With a 6-11-2 record, the Canucks currently have the fifth-worst points percentage in the NHL. Their record is even worse than it was last season after 19 games.

In fact, this is the worst 19-game start to a season since 1997-98, when the Canucks famously cleaned house mid-season during Year 1 of the Messier era.

We’re three days away from American Thanksgiving, a date that frequently gets mentioned as a time when hockey executives assess their teams and look to make changes.

The Canucks situation has become national news, with insiders and pundits in Toronto weighing in on the situation over the last two weeks.

Sportsnet’s Elliotte Friedman reported on the 32 Thoughts Podcast today that so many people in the Canucks organization are expecting changes that “factions” have developed. Friedman’s co-host Jeff Marek compared it to Game of Thrones.

“It certainly feels that people are looking around saying what’s my best route for surviving this.”

“Everybody feels something there is coming.”

Is Benning’s time up? This is his eighth season in charge, and he’s reportedly in the last guaranteed year of his contract.

Given the plight of Vancouver’s special teams and the fact that so many star players are underperforming, the heat is on Travis Green too. Green is in his fifth season behind the bench but just signed a two-year contract extension six months ago.

When the Canucks started last season 6-11-0, Canucks owner Francesco Aquilini publicly backed Benning, Green, and the players, saying he had “no plans to make changes” in a series of tweets. He has been relatively quiet this time around, having not tweeted since November 4.