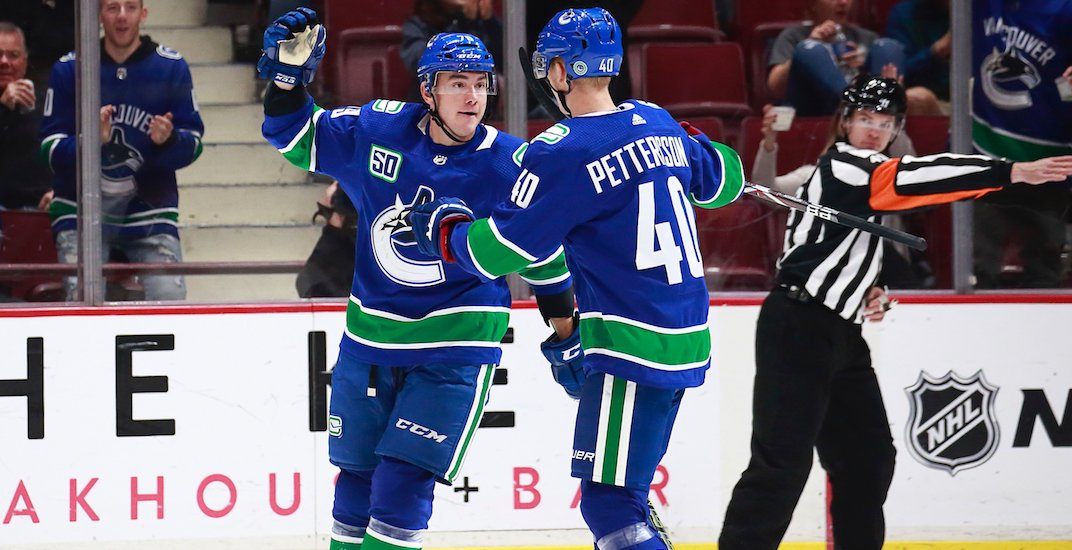 With their season opener just two days away, Vancouver Canucks head coach Travis Green gave everyone the first look at what his lines might look like Wednesday night in Edmonton.

Canucks GM Jim Benning placed three players on waivers Monday — Sven Baertschi, Nikolay Goldobin, and Alex Biega — with the intention of sending all three to the Utica Comets. That left 23 players at Monday’s practice, as the team did its line rushes.

While Green could still mix up his lineup between now and Wednesday, it would seem unlikely given these are essentially the same lines he used at Saturday’s practice.

Line rushes for the #Canucks at 8 Rinks this morning:

While Adam Gaudette earned a spot on the team, it looks like he may start in the press box, alongside $6 million man Loui Eriksson and newcomer Oscar Fantenberg.

Micheal Ferland will begin on a line with Elias Pettersson and Brock Boeser, as expected. Bo Horvat is teaming up with JT Miller and Tanner Pearson on what should be a drastically-improved second line.

The third line was the most in question during preseason, but it looks like Green has elected to play Josh Leivo and Jake Virtanen on a line centred by Brandon Sutter. The fourth line features three players likely to see significant time on the penalty kill, with Jay Beagle in between Tim Schaller and Tyler Motte.

The defence pairs are no surprise, as Alex Edler and Tyler Myers should form the team’s new shutdown pairing. Rookie Quinn Hughes will play alongside the steady Chris Tanev, while Jordie Benn and Troy Stecher make up the third pair.