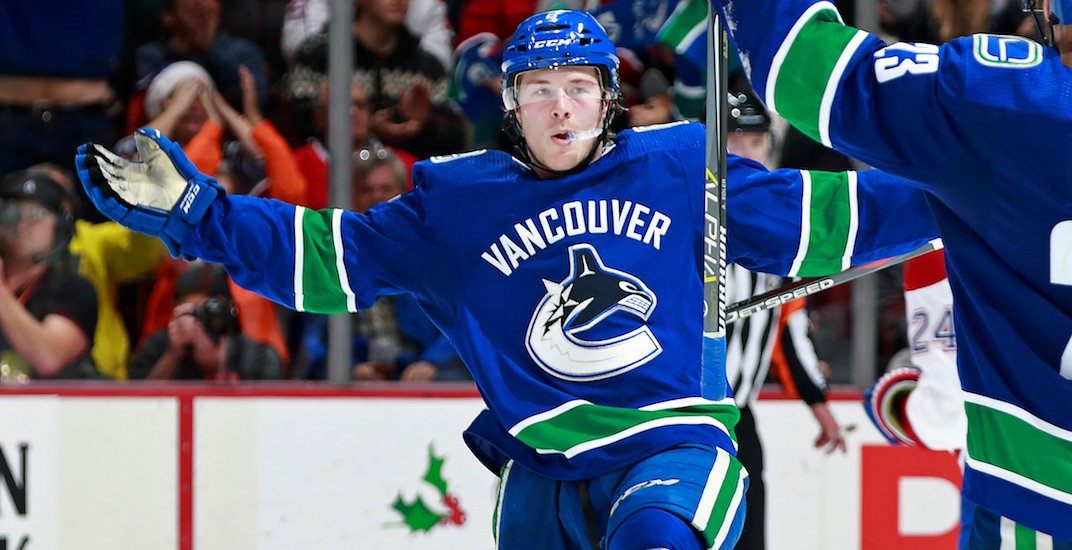 The Vancouver Canucks got good news on the injury front today, as both winger Brock Boeser and defenceman Oscar Fantenberg returned to practice.

Both players suffered concussions on plays that led to boarding penalties during Monday’s preseason game in Abbotsford against the Ottawa Senators. Boeser and Fantenberg skated in green non-contact jerseys before leaving practice early.

Boeser & Fantenberg both wearing a non-contact jersey, both on the ice as practice begins. pic.twitter.com/oD8PQIUy7K

After initially calling the hit on Boeser a “hockey play,” Canucks head coach Travis Green clarified his comments on Tuesday, saying he thought it was a “dirty hit.”

The Canucks will practice again on Monday in preparation for Wednesday’s season-opener in Edmonton. Boeser’s availability for that game will depend if he continues to pass formal tests in the NHL’s concussion protocol.