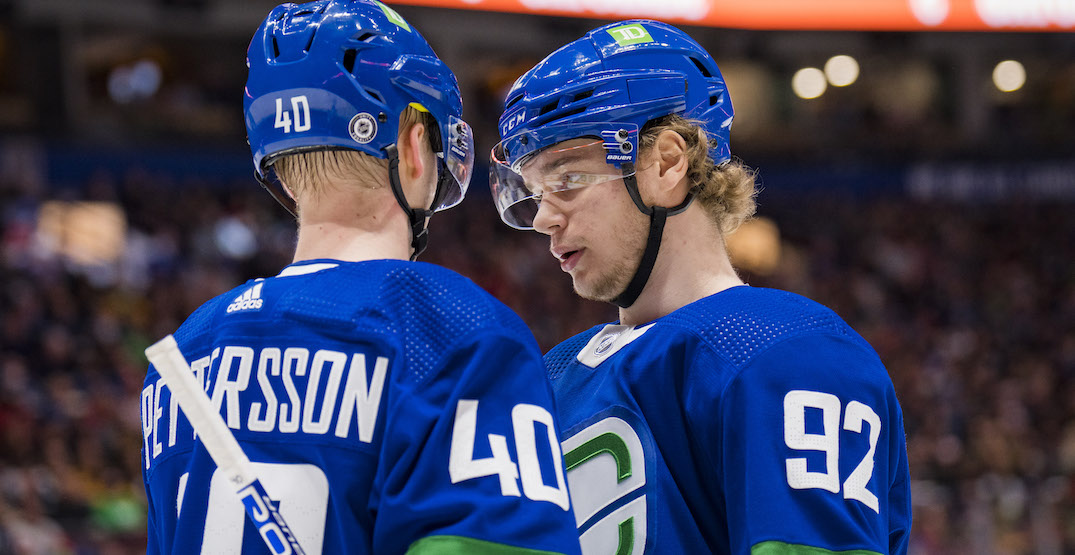 The Vancouver Canucks calling up Will Lockwood might for the moment be about having a spare forward around for the final two games of this road trip.

After all, Matthew Highmore has taken some big shots, and it always pays to have insurance around.

But let’s hope in short order — if the postseason hopes diminish as expected — that Lockwood and other young players are given an opportunity.

That means Jack Rathbone called up from Abbotsford, and Rick Dhaliwal tells us that’s a matter of when, not if. That means increased ice time and responsibility for Vasily Podkolzin, more time with J.T. Miller or Bo Horvat as his centres.

Rutherford on Lockwood and Rathbone : Lockwood is up, there is no injury to a player. This was planned, we want to take a look at him.

Rathbone almost got called up last night, he will definitely get games.

Nils Höglander, too, should he get healthy. I think it’s important that the Swedish sophomore salvage whatever can still be salvaged in what’s left in this season.

And that means Aidan McDonough, signed and in the lineup if the burly winger’s desire is to sign professionally now that his college season at Northeastern University is over.

And let’s hope he does want to sign with the Canucks, because if he returns for that senior season, Vancouver has to confront the possibility of unrestricted free agency and a diminishing asset.

This isn’t yet “play the kids,” more hoping that this new management group and coaching staff identifies the appropriate time to play the kids, then executes accordingly.