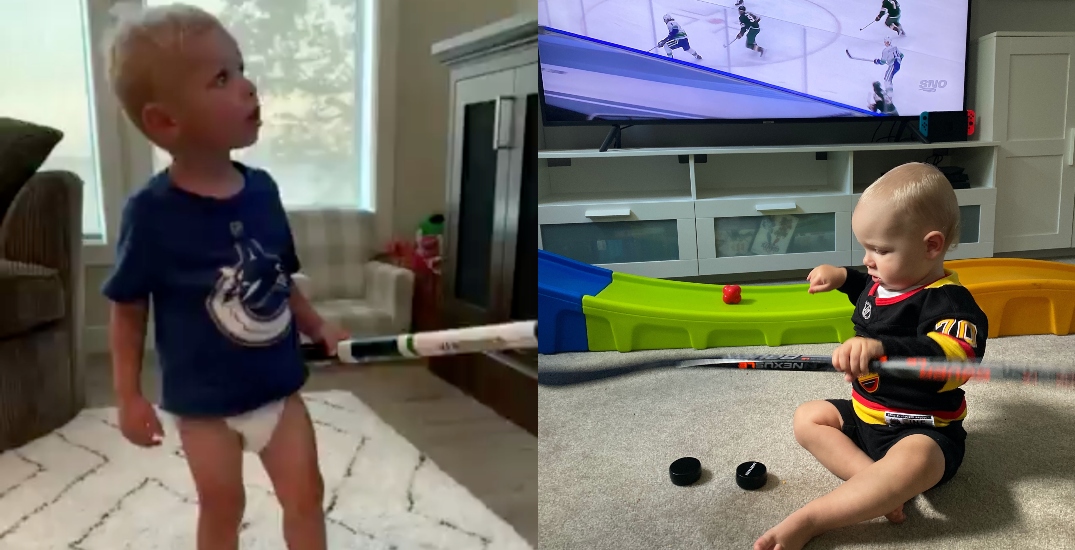 No matter where the game is, many players on the Vancouver Canucks have their most important fans cheering them on from home — their kids.

When the NHL released details of what the bubble in Edmonton and Toronto would look like, it presented a unique scenario for the players. 24 teams arrived in the secure zones in late July, which include the city’s rink, an events plaza, and several nearby hotels. Families aren’t allowed into the bubble, and players aren’t allowed to interact with the community.

With the Stanley Cup Finals tentatively scheduled to start during the last week of September, it means that teams advancing far enough into the playoffs could be spending more than two months away from home — and their families.

Many of the Vancouver Canucks are fathers, which makes playing in the bubble even more challenging. Bo Horvat, for example, was forced to leave his wife Holly and his newborn Gunnar to join the team for training camp, which began on July 13.

Same goes for Jordie Benn, who had to quarantine prior to rejoining the Canucks in Edmonton, after he travelled to Dallas for the birth of his daughter.

Most recently, however, the team has shared photos and videos of Canucks kids cheering their dads on at home. And while it must bring a spark of joy to the players, it’s equally heartwarming for the fans to see.

J.T. Miller’s daughter Scottie was featured on Hockey Night in Canada this week after this hilarious video of her chanting “go go dada!” surfaced.

Gunnar can’t speak yet, but he looks the part in this retro Canucks jersey.

Here’s a look at some of the other adorable Canucks kids cheering on their dads:

No penalty called as Cal Sutter hits the ground while cheering on dad Brandon. 😅 #GoCanucksGo pic.twitter.com/KSXkeHWzqg

Tucker Pearson is watching too, while working on his game! https://t.co/SpdxbVTEJY pic.twitter.com/7pTVyGrSey

The Roussel kids won’t be watching tonight’s #Canucks game because of the time change, instead “cheering in our dreams!” 💙💚 pic.twitter.com/fCCtuOUllh