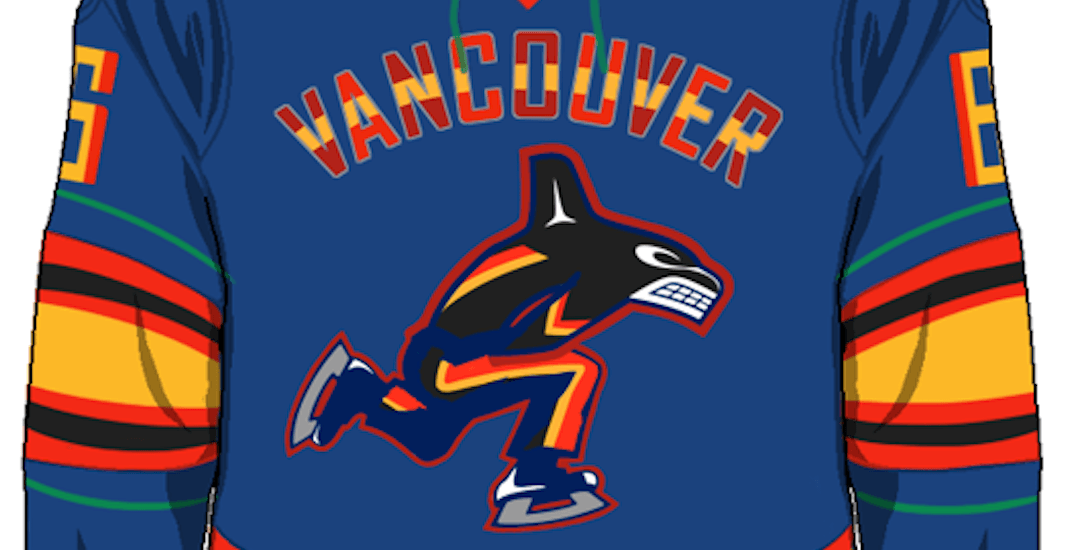 It seems like jersey designs are all that Canucks fans can talk about right now.

After announcing the return of the Flying Skate as Vancouver’s retro uniform for its 50th anniversary in 2019-20, attention has shifted towards the team’s potential alternate jersey moving forward.

After abolishing alternate uniforms last year with the introduction of the new Adidas-made jerseys, most NHL teams are expected to have a third uniform for the upcoming season. A leaked document in May suggested that the Canucks will be one of them.

The Canucks have been inconsistent with their logo designs and colour schemes since they entered the league in 1970, giving fans lots of ammunition when it comes to imagining redesigns.

Among the more cleaner concepts came from a pair of designers on Twitter that produced mock alternate jerseys for almost every NHL team.

Myself and @S7Dsn have worked together to create an NHL Colour Rush series. Excited to bring you part 1 – the Pacific Division. This has taken a lot of time so we would appreciate any feedback.

Their Canucks concept seems to draw inspiration from Vancouver’s AHL affiliate in Utica, which uses green as its primary colour for their alternate uniforms. It also involves using the Johnny Canuck logo that was featured on Vancouver’s most recent third jersey. 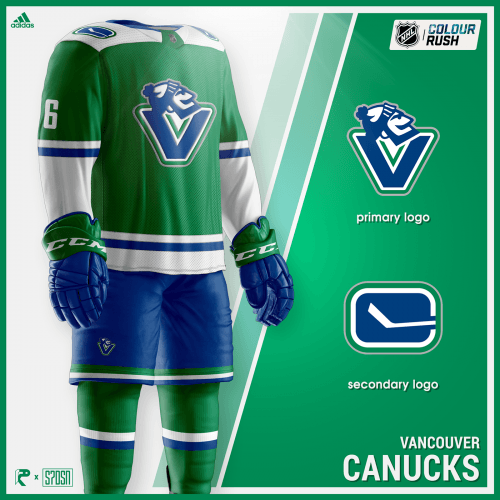 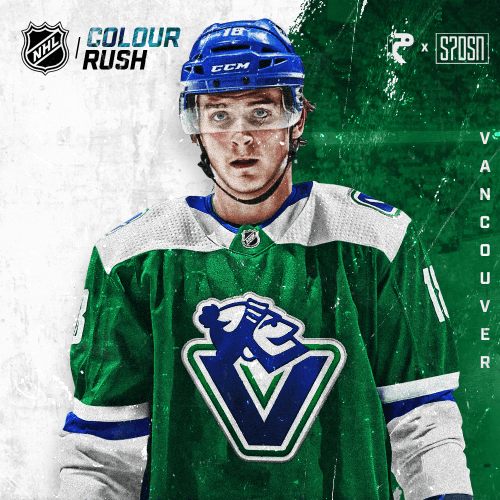 This wasn’t the only design that featured Johnny Canuck in the primary logo – Orion Taylor submitted one to Icethetics that also included some colour tweaks. 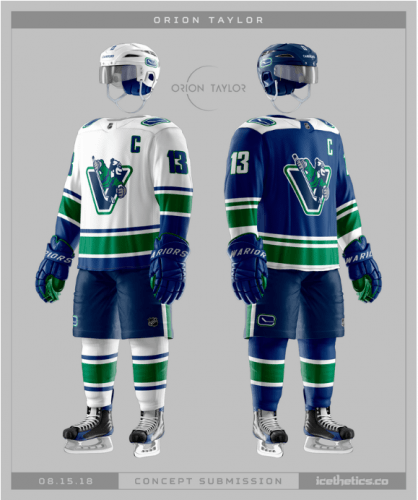 Others like Hunter Nordhaueser and S7Dsn tried implementing the Millionaires logo into the team’s current colours. 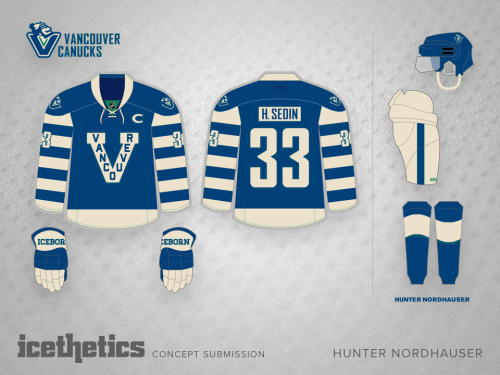 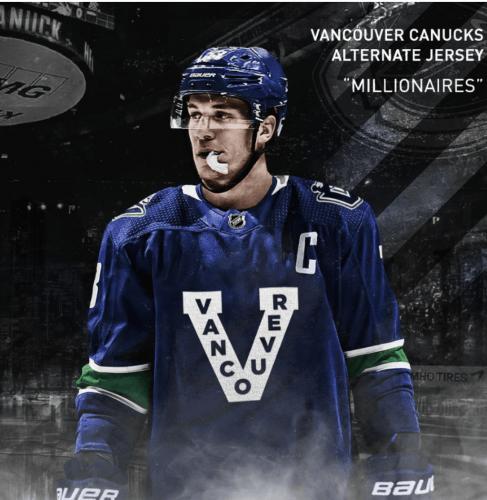 But Reddit user Atavius took it up a notch.

After creating a controversial mockup that featured the current Orca logo in the flying skate colours, he took things a step further in an over-the-top jersey design. 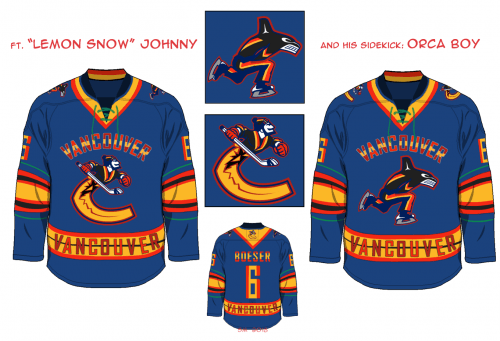 This monstrosity manages to incorporate the Flying V stripes, the Orca, Johnny Canuck, as well as the Flying Skate colours all in one design. It’s an eyesore, but props to the designer for creatively including so many different branding elements.