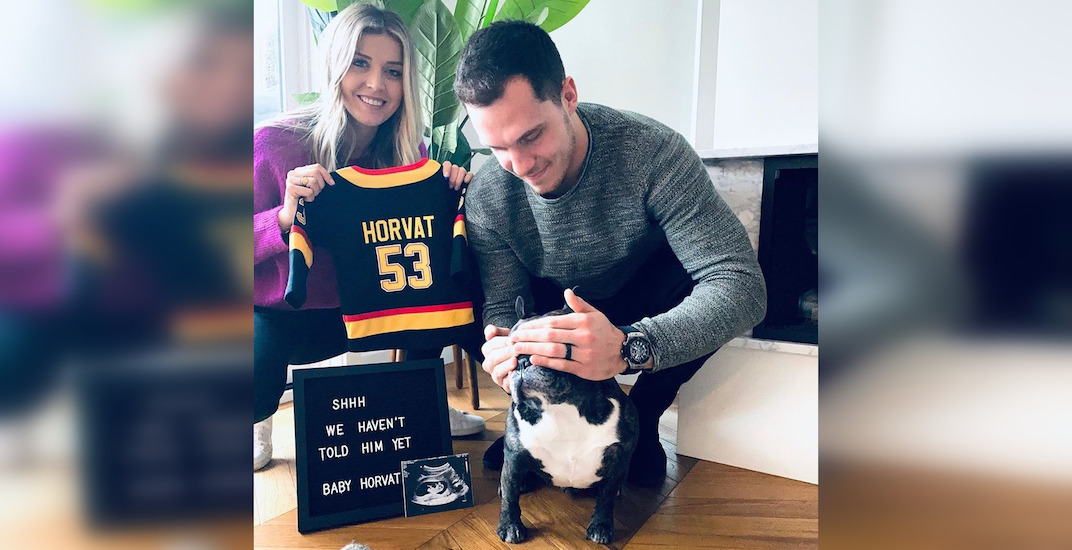 In any other year, Bo Horvat and his wife Holly would be expecting the birth of their first child at the perfect time as far as his hockey career is concerned.

With a baby boy due in July, Bo would be able to be by Holly’s side at their offseason home in Ontario for multiple months in a row.

But in the year 2020, July is hockey season, with the NHL planning to restart its season. The Canucks have a best-of-five qualifying round series against the Minnesota Wild, which could start as soon as late July.

With mandatory 14-day quarantine rules and players operating in a figurative bubble, getting home to see the birth of his first child may come with a number of unique difficulties for the 25-year-old Canucks captain.

What happens if Holly goes into labour in Ontario if Bo is playing a playoff series in the United States? Would he be required to self-isolate upon return to Canada? Would he be able to rejoin his Canucks teammates right away in the bubble?

So far, there are plenty more questions than answers.

“I’ve been thinking about that pretty much every day since there could be a possibility of a return to play,” Horvat told the media on a conference call on Thursday. “It’s definitely not easy. But I’m not the only one in this kind of situation.”

Horvat added that teammates Antoine Roussel and Jordie Benn are in similar situations, with Roussel’s baby due in June and Benn’s baby due not long after Horvat’s.

“It hasn’t been easy for [my wife Holly] and I, but we’ll deal with it when that time comes,” Horvat added.

Just what life will be like in the bubble is unclear at this point. Will families be allowed to visit? Will players be prisoners in a five-star hotel?

“We don’t really know what that will look like,” said Brandon Sutter, who joined his Canucks teammate on the conference call. “The understanding is if it were to start tomorrow, we’d be (travelling to and from the) hotel (and) rink and that would be it.”

Sutter isn’t expecting the birth of a child, but he does have a family.

“I have two kids and thinking about being away from them for upwards of three months doesn’t sound very appealing to many players..”

With so much uncertainty, the Horvats are keeping their options open at this point.

“My wife and I have discussed but we haven’t made any decisions or talked to anybody about that yet,” said Horvat. “We’re just kind of seeing how this thing unfolds and plays out.

“Hoping for the best that I’m going to be there for the birth of my first child.”