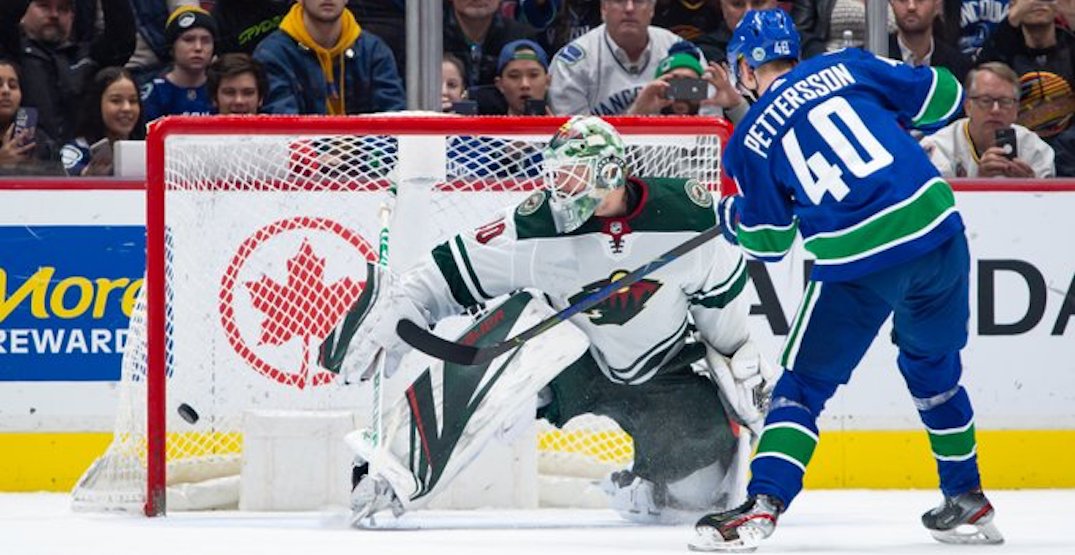 You’re boring, you suck, and worst of all, you’re irrelevant.

That about sums up what some local hockey fans want the Minnesota Wild to know about themselves as Canucks Nation gears up for their first playoff series (sort of) in five years.

We haven’t seen an NHL game in over two months, so I welcome passion from fans in any form right now. And I welcome something to look forward to on the ice.

Canucks vs Minnesota Twitter battle is about to go down. And the odds are not in their favour considering I don't even know if there's internet in Minnesota. #canucks #mnwild

Fun fact about the Minnesota Wild: they’ve been boring their entire existence and continue to be boring through today.

One thing #Canucks fans can agree on: the Minnesota Wild are one of the most ordinary yet boring teams in sports. Never good enough to go far, but are never really bad.

I love how because of that series Wild fans have long thought there was a rivalry between us, when most Canucks fans don’t even think about the Wild because they’re so boring.

The Minnesota Wild have always been that boring, trap playing, Jacques Lemaire coached team in my eyes.

#canucks nation quickly uniting in universal celebration of their hatred of the Minnesota Wild.

Just good to be able to hate something specific again.

With the Minnesota matchup now set, many fans are looking back on the only playoff series the Canucks had against them in 2003.

Those are painful memories, none more than this one regarding Todd Bertuzzi:

Prior to Game Four of the Western Conference Semifinals, Bertuzzi and some Vancouver Canuck teammates walked through the Xcel Energy Center lobby where hopeful Wild fans were in line to purchase tickets for Game Six. Rather than be on his merry way, Bertuzzi yelled at the fans for wasting their time because there wasn’t going to be a Game Six.

But the last word came from a kid who couldn’t have been more than 10 years old. During Game One of the Western Conference Finals against the Ducks, the youngster was shown on the Jumbotron holding a sign that read, “HEY BERTUZZI, HAVE A NICE DAY.”

Hey, if it was a five-game series back then, the Canucks would have clinched it after Game 4 and Bertuzzi would have strutted his way to the Western Conference Final.

This would have been a hilarious video if not for the fact that Jake Virtanen was clearly driving while on his phone. A lot of fans noticed, and many were not impressed.

It’s the internet, so of course the outrage was a bit over the top, but he still should have shown better judgement. Next time take the video before starting the car.

With the regular season now officially over, some final thoughts:

We should get an answer about Vancouver’s candidacy as an NHL hub city within the next three to four weeks.

Canada’s 14-day quarantine rule appears to be a problem for the league, so much so that NHL Deputy Commissioner Bill Daly said the NHL wouldn’t choose a Canadian city unless an alternative arrangement can be made.

While Dr. Bonnie Henry has said she won’t “bend the rules” in a way that endangers the public, perhaps there’s a way to bend the rules in a safe way?

Alberta has been open about such an idea, and it appears Dr. Henry is too.

He apparently runs a play on the power play called “The Salo.”

The PP Burrows runs for Laval is called "The Salo". Amazing. https://t.co/3TrfpJRcSf pic.twitter.com/Y1fVwDikAq

I don’t know what the play is, but I bet you it’s this: