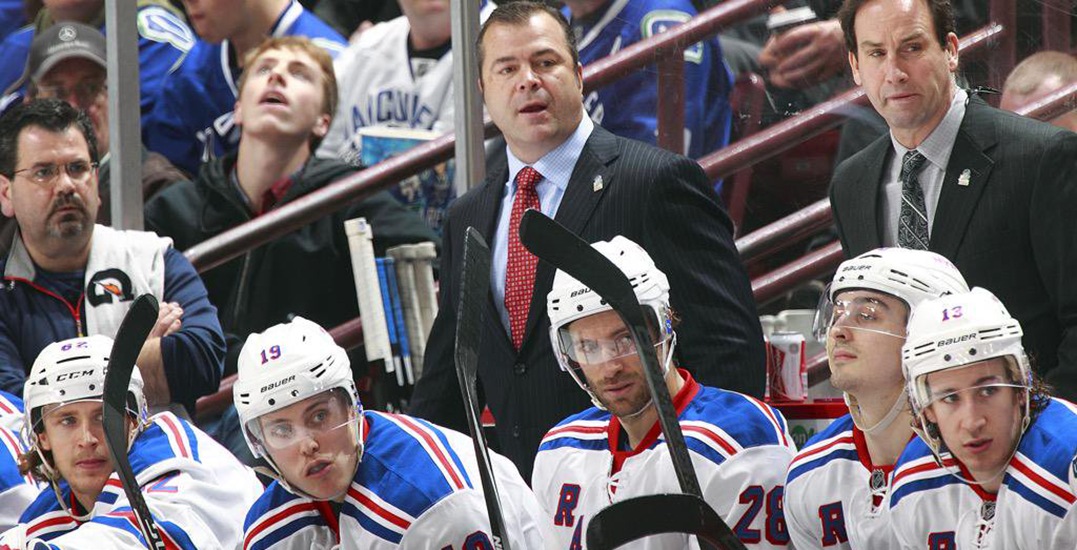 This May, when Team Canada takes to the ice for the 2019 World Hockey Championships, Canucks fans will be seeing a familiar face behind the bench.

According to TSN Hockey Insider Darren Dreger, former Canucks coach Alain Vigneault will be the head coach for this year’s event.

Expect Hockey Canada to announce its full World Championship coaching staff early next week. Alain Vigneault will be the head coach. Assistants to be determined. https://t.co/a7Isacf757

Hockey Canada has yet to make a formal announcement, but confirmation is expected within the next several days.

Assistant coaches also have yet to be named.

Vigneault has had no shortage of experience under his belt. The 57-year-old has spent 16 years coaching NHL teams, including four years with Montreal, seven years in Vancouver, and most recently, five years with the New York Rangers.

The 2019 World Hockey Championships will take place in Slovakia starting on Friday, May 10.