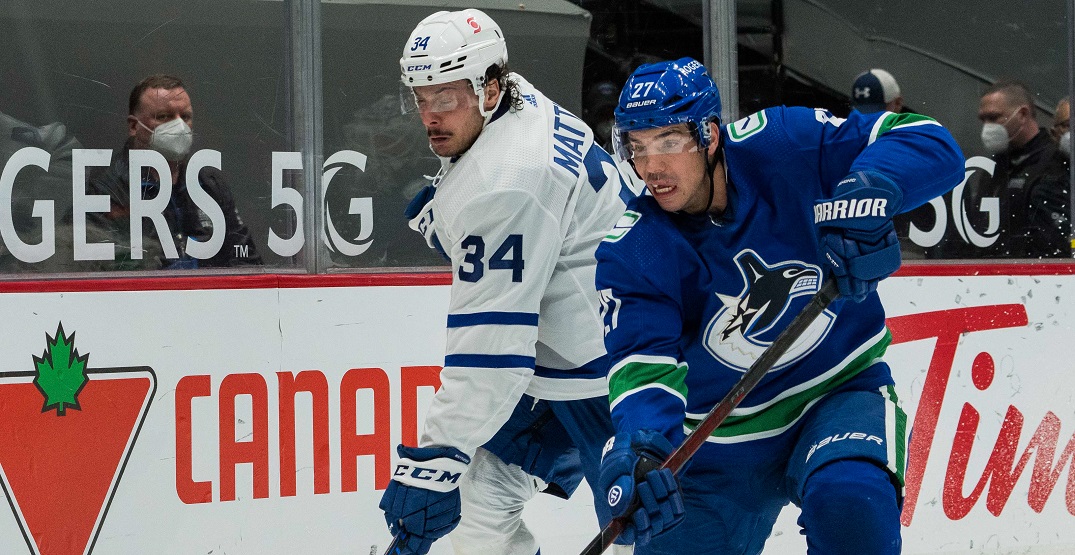 Travis Hamonic is set to re-join the Vancouver Canucks after all.

Canucks general Manager Jim Benning announced today that Hamonic has “reported to Vancouver,” adding that he will join the Abbotsford Canucks “in the coming days”.

Hamonic, a 31-year-old defenceman, had been  placed on waivers just over two weeks ago, the same day they traded Olli Juolevi to the Florida Panthers.  He has yet to play for the Canucks this season, being granted a leave of absence earlier in October.

The reasons for Hamonic’s absence were never made clear, but it had been speculated that Hamonic may have not been fully vaccinated against COVID-19. Officially, the Canucks referred to his absence as a “personal matter.”

It’s also uncertain whether Hamonic, who played an average of over 19 minutes a night for the Canucks last season, will be returning to their NHL roster.

He originally signed with the Canucks in January 2021 on a one-year deal, before re-upping on a two-year contract this offseason. In total, he’s played 675 games in his NHL career, including stops with the New York Islanders and the Calgary Flames.

The news comes under two hours before Vancouver’s first home game of the season.