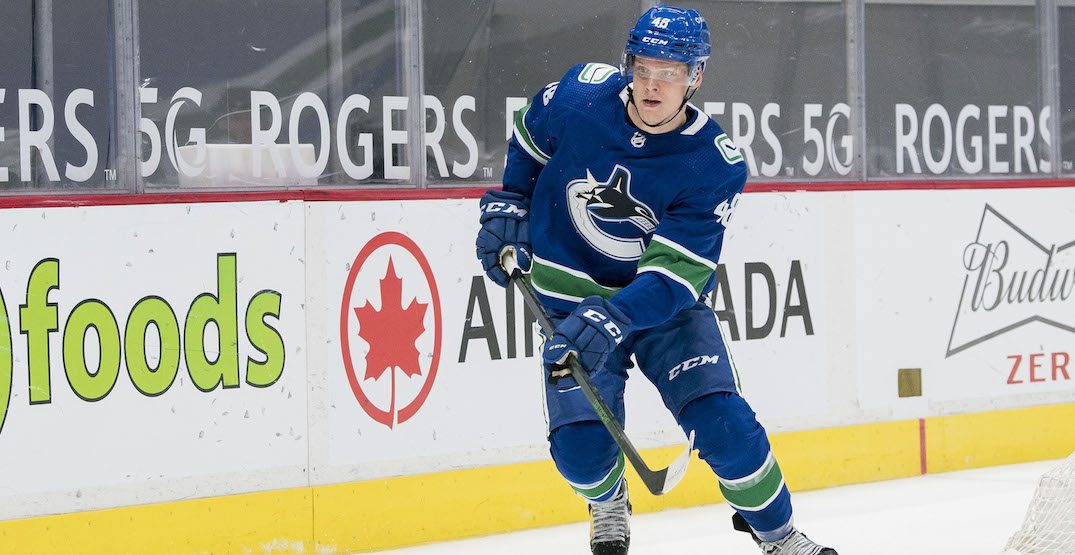 The Vancouver Canucks have pulled the trigger on a trade, sending Olli Juolevi to the Florida Panthers.

In return, Vancouver is receiving Juho Lammikko and Noah Juulsen.

The deal, which was first reported by TSN’s Pierre LeBrun and Thomas Drance of The Athletic, has since been announced by the Canucks.

“We’re pleased to welcome Noah and Juho to Vancouver,” said Canucks GM Jim Benning in a media release. “We would also like to thank Olli for his years of service with the Canucks organization and we wish him well in his future endeavours.”

The move comes as teams need to set their 23-man rosters ahead of the start of the regular season this week.

Lammikko is a 25-year-old right winger that had five points in 44 games with the Panthers last season. The Finnish forward played fourth-line minutes (10:50 per game) in Florida last season, but did see some time on the penalty kill (0:58 per game).

Juulsen is a 24-year-old former first-round pick from Abbotsford, that has struggled to stick in the NHL. The 6-foot-2 right-shot defenceman has appeared in only 48 NHL games in his career, with Montreal and Florida.

Juolevi, 23, had an embarrassing start to training camp, as he struggled mightily in Travis Green’s bag skate. The former fifth overall draft pick didn’t stand out negatively or positively in four preseason games, registering one assist. Juolevi had been absent from team practices in recent days, leading to speculation that he was either injured, or that a trade was in the works.

The 6-foot-2 Finnish blueliner appeared in one playoff game in 2020, before making his regular season NHL debut in 2021. He wasn’t a fixture in the lineup, putting up three points in 23 games, while playing just 13:13 per game. He was a frequent healthy scratch, sometimes in favour of Jalen Chatfield.

The Canucks also announced four more cuts to their roster, in defencemen Travis Hamonic and Madison Bowey, as well as forwards Justin Bailey and Phillip Di Giuseppe. All four players will need to clear waivers in order to be sent to the Abbotsford Canucks.

Di Giuseppe is a surprise cut, as he had been featured prominently on the Canucks’ penalty kill throughout preseason. The 28-year-old two-way forward also scored a goal in last night’s game.

The Canucks have 23 healthy players remaining on their roster, plus Alex Chiasson, who is still unsigned after completing a pro tryout.