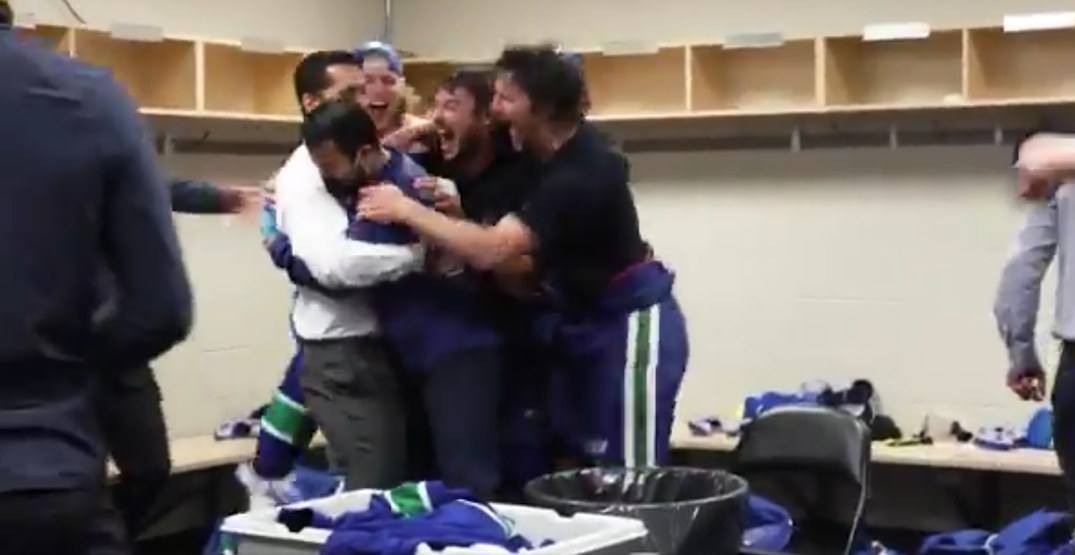 The Canucks are rolling, after knocking off the defending Stanley Cup champs in six games.

They’re off to Round 2, a place the franchise hasn’t been since 2011. In fact, it’s just the 12th time the Canucks have been among the final eight teams competing for the Stanley Cup.

“It means a lot for our group and for our organization as well,” said Canucks goalie Jacob Markstrom after the game. “We’ve got a great group of guys here, on and off the ice, everybody likes each other. On the ice, everybody’s battling and working their behind off. It’s so much fun to play hockey right now.

“When you’re winning series like this it’s pure joy.

“We’ve still got a long ways to go before anybody’s satisfied. But it’s a good feeling right now and it’s a stepping stone. We need to take a couple more steps.”

This is new territory for many of the younger players on the Canucks, though young and old were excited about this one.

The Canucks’ players new dressing room victory song appears to be “Escape” by Rupert Holmes, which is better known as the Pina Colada Song. They’ve used it for at least the last few games and it’s outstanding.

A few takeaways from the video:

And how about Travis Green’s badass speech at the end?

“Proud as bleep of you guys, enjoy it for a bit. F*cken rights.

“Turn the music on.”

You got it coach.