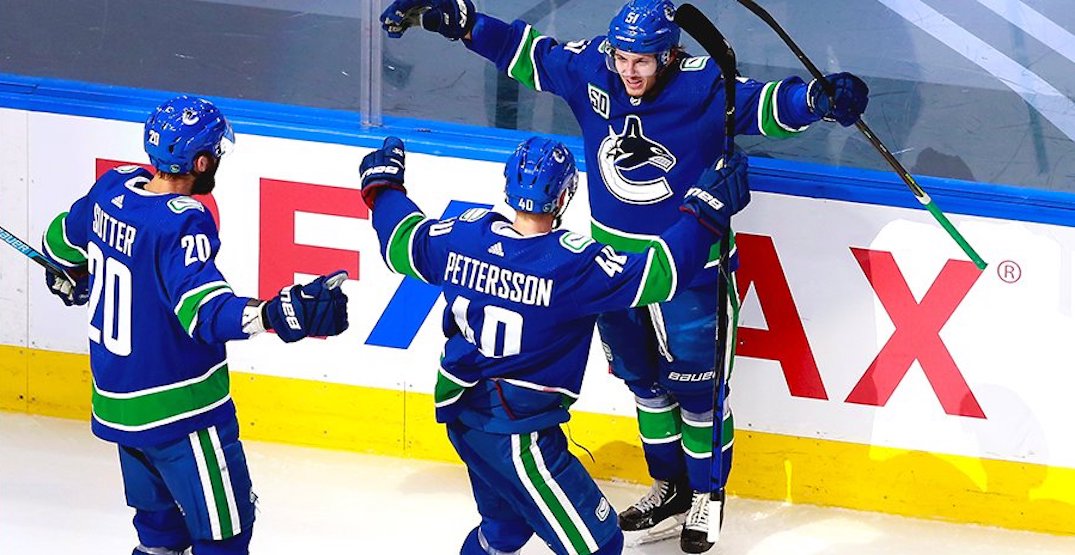 After upsetting the defending Stanley Cup champion St. Louis Blues, the Vancouver Canucks are into the second round of the playoffs for the first time since 2011.

Waiting for them are the Vegas Golden Knights, the top seed in the Western Conference.

The Canucks and Knights will begin their best-of-seven series on Sunday, with all games being played in the NHL bubble in Edmonton. Vegas will get last line change as the “home” team in Games 1, 2, 5, and 7.

Game 5 and Game 6 will be played on back-to-back nights, if the series goes that long.

Here’s a look at the schedule (game listed in Pacific Time):

The Canucks and Knights played each other just twice this season, during a five-day stretch in December. Vegas won 6-3 at home on December 15, while Vancouver won 5-4 in overtime on December 19.

The Golden Knights finished the shortened regular season eight points ahead of the Canucks in the standings, albeit in two more games than Vancouver played.

There are just eight teams left competing for the Stanley Cup, and the Canucks are the only Canadian team left. 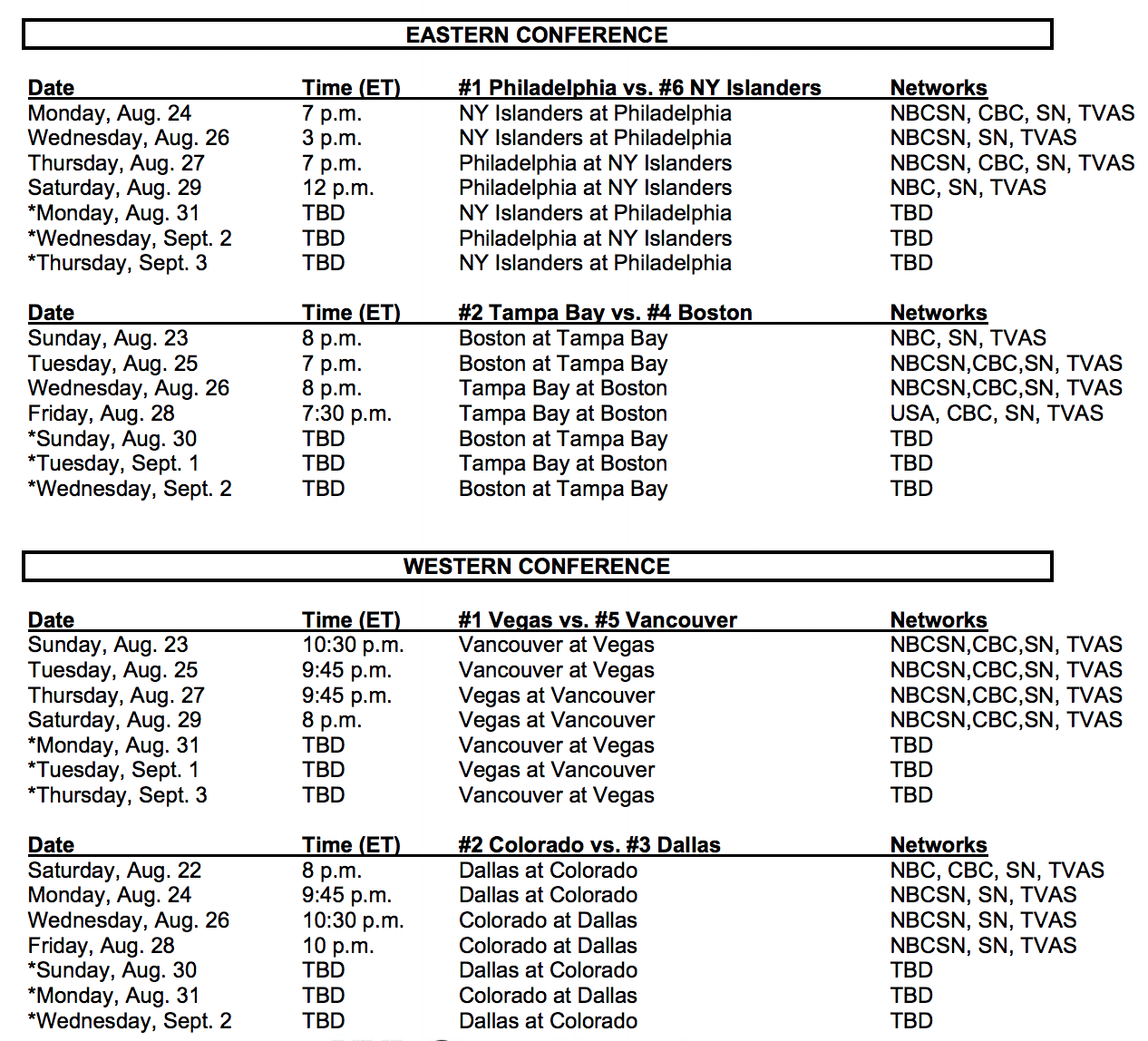