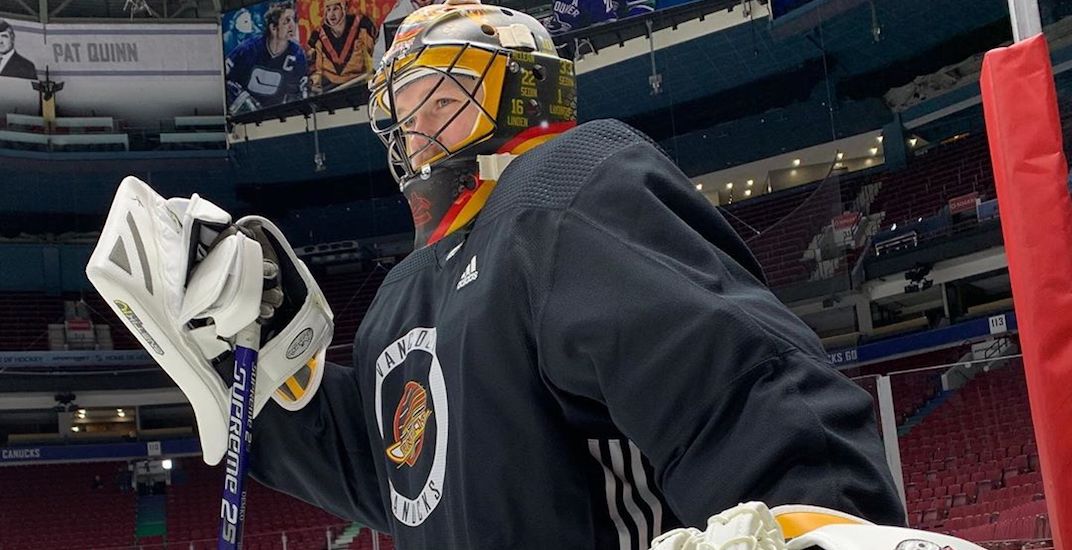 Jacob Markstrom and Thatcher Demko have looked great in games this season, but they looked extra sharp at practice this morning.

The Canucks goaltending duo began breaking in their Flying Skate goalie gear on Thursday, in advance of the first retro jersey night in just over three weeks.

As part of their 50th-anniversary celebrations, the Canucks will wear their 90s-era black Flying Skate uniforms on three occasions, a team spokesperson told Daily Hive on Thursday:

Note: The above games differ from what was previously communicated by the team.

Demko, who is rocking a .943 save percentage through three appearances this season, showed off a mask that paid tribute to some Canucks legends like Henrik and Daniel Sedin, Roberto Luongo, Pavel Bure, Trevor Linden, and Kirk McLean.

It features the Flying Skate logo at the top of the mask, and for some reason also includes the current Orca logo.

Markstrom’s mask is heavy on the colour yellow and features two giant Skate logos. He’s got a Flying V element to his pads, blocker, and glove as well. They’ll surely look better in full 90s gear, because those blue pants are throwing me off. 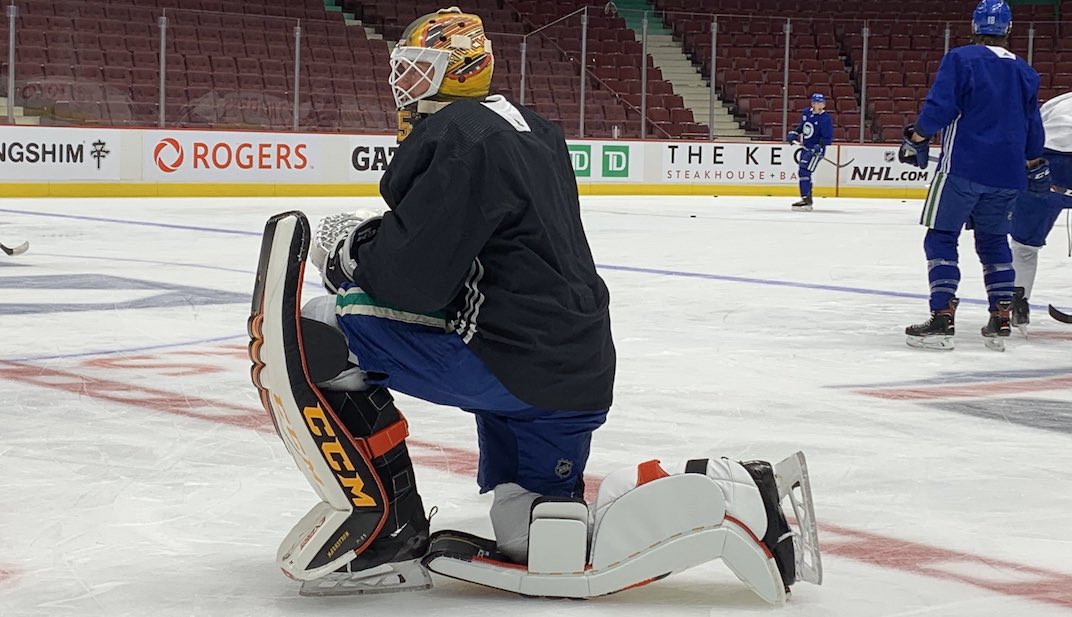 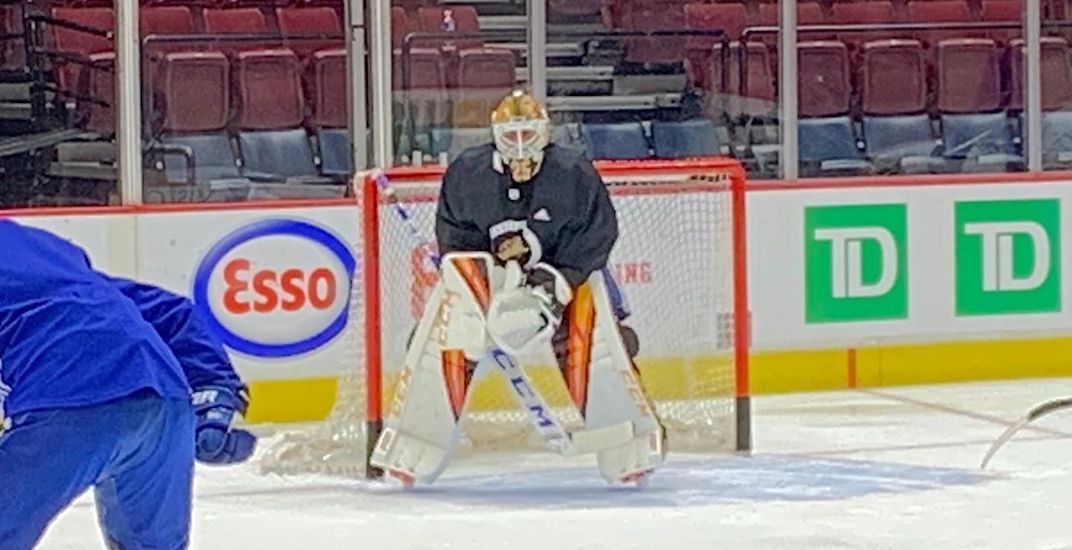 And a closer look at his mask, designed by artist David Gunnarsson:

“It was so awesome to paint and create the retro mask with the lovely skate logo for my buddy Jacob Markstrom,” Gunnarson explained in an Instagram post. “Jacob and I brainstormed how to build the design, Jacob loves when I use the old school brush tech with wild and playing brush strokes, so the whole design is created that way.”

This is nitpicking, but I would have loved to see Markstrom and Demko go with tribute masks. How cool would it be seeing Markstrom in a Kirk McLean mask? How about Demko in a Corey Hirsch classic?

Either way, fans won’t be complaining when the team puts on the popular black, yellow, and red uniforms for the first time next month.