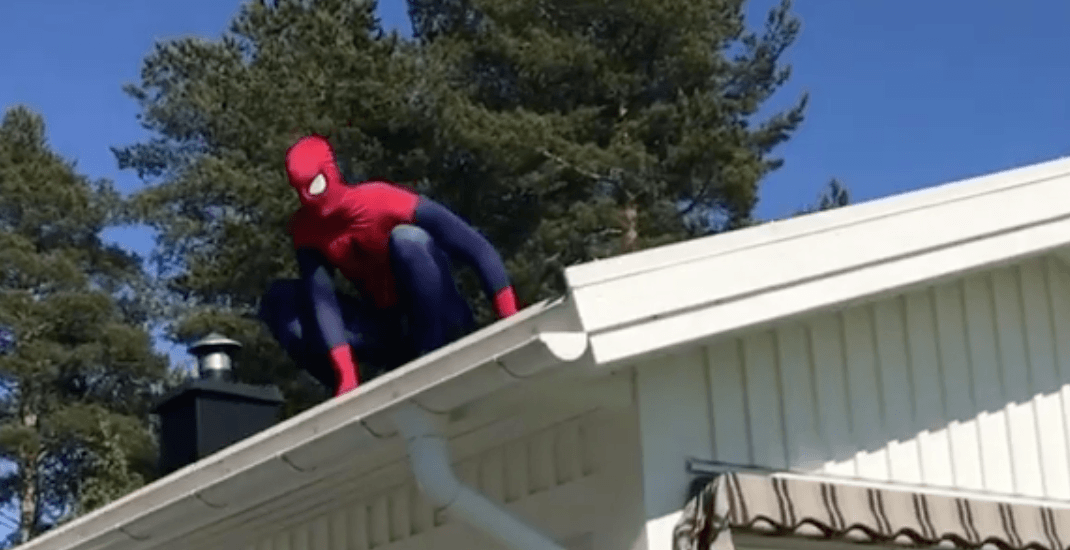 You have to be a bit different to want to stand in front of pucks flying at you at 100 mph.

Perhaps that’s why they seem to make the best characters. We’ve seen a few of them in Vancouver, including Roberto Luongo, Eddie Lack, and John Garrett.

Well, new Canucks goaltender Anders Nilsson also appears to be quite the character.

Nilsson, the 6-foot-5 Swedish goaltender the Canucks signed as a free agent on July 1, decided to have a little bit of fun at his son Mio’s second birthday party this month.

First, he got a tattoo of his boy on his arm:

Finally got my son Mio tattooed on my arm. Thank you Peppe @lefthandtattoo for an unbelievable job. Already looking forward to next project.

Then at Mio’s birthday party, Nilsson surprised his boy by dressing up as Spider-Man, appearing on the roof of a small home (thanks to Pass it to Bulis’ Daniel Wagner for finding this).

“Happy 2nd birthday to my beloved son,” Nilsson wrote on the video he posted to Instagram. “What do you do when your son loves Spider-Man? You dress yourself as Spider-Man on his birthday party. Maybe not as gracious as the “real” Spider-Man but hey, it’s the effort that matters. Daddy loves you.”

Nilsson really seems to have this Instagram thing figured out. His first post was on February 1 of this year, and he’s already given us a few gems.

Here’s an example of his offseason training regimen:

Early morning yoga done with the master himself Sebastian and my good friend Johan behind the camera.