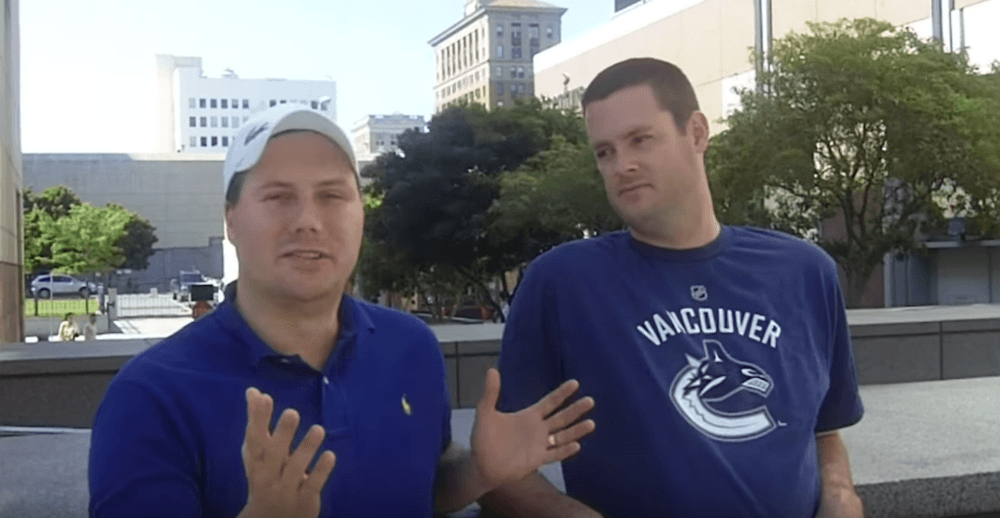 Another domino has fallen on the local sports radio scene, as the arms race kicks into full gear.

With Sportsnet 650 ready to debut in September, complete with the exclusive radio broadcasting rights of the Vancouver Canucks, TSN 1040 is showing that they’re not ready to go down without a fight.

Competition admittedly made 1040 better when Mojo Radio threatened their marketshare over 10 years ago, and 650’s arrival promises to do the same.

Daily Hive can confirm a previous report, as Mike Halford and Jason Brough have been added to TSN 1040’s weekday lineup. The show will air Monday to Friday, from 9 am to noon, as 1040 adds an extra show to their weekday programming.

Halford and Brough – as Kurtenblog Radio or another name – will follow 1040’s 6 to 9 am morning show. Longtime producer Mike Martignago, who became the third star of the show in his own right, is not expected to follow them to the new high profile time slot.

Don Taylor, who confirmed he is staying with TSN, is expected to be part of a new afternoon show (noon to 3 pm), while Matt Sekeres and Blake Price will move their midday show to the afternoon drive (3 to 6 pm).

Kurtenblog Radio was brought back to life last September after five years off the air, but was relegated to inconsistent time slots on Saturdays for the duration of the hockey season. Unlike previous incarnations of their radio show, this is a full-time gig, which calls into question their future as writers at NBC Pro Hockey Talk.

This move will be widely applauded by sports fans in Vancouver, particularly those under the age of 50. Halford and Brough bring a unique flavour to the airwaves, mixing intelligent sports opinions with humour.