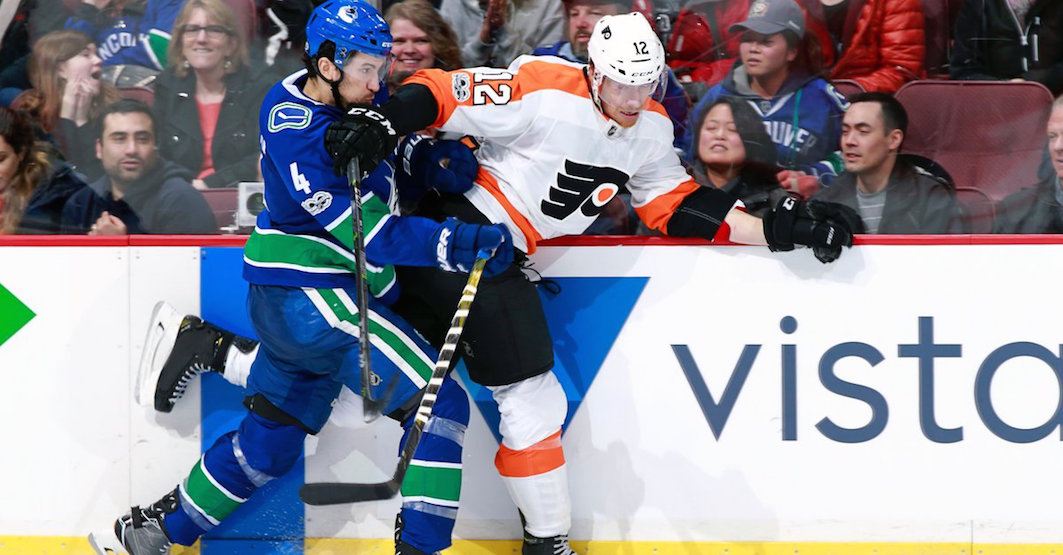 You don’t really know what you’ve got until it’s gone.

The old saying is applicable to the Vancouver Canucks right now, as the team looked ill-prepared on Thursday night without its top player, Bo Horvat.

The Canucks know they have a great player in Horvat, but with a fractured ankle likely to keep him out of the lineup for at least a month, they’ll see just how much he means to this team.

This was the first game without him, and it didn’t go great.

Horvat’s absence was very noticeable, with various players being asked to step up to try and fill the void.

The Canucks couldn’t score after an early barrage, and once they went down 1-0, they couldn’t climb out of the hole as they suffered a 4-1 loss to the Philadelphia Flyers on home ice.

*Update: The team made noise after the game, trading Jordan Subban to the Los Angeles Kings.

1. Life without Horvat, day one

Brace yourselves Canucks fans, the dreaded No-Bo days are here.

Since starting his rookie season late due to a shoulder injury, Bo Horvat hasn’t dealt with a significant injury in his four NHL seasons.

That is, until now.

Bo Horvat’s injury is a fracture (ankle). No precise timeline yet until a specialist reviews the imaging. Obviously, week to week.

Barring a miracle, the Canucks will likely be without Bo Horvat for at least until the new year.

No offence to Brandon Sutter or Loui Eriksson, but this is the first injury this season that leaves a major hole in the Canucks forward lineup.

Of course you do, but here’s some numbers anyways. 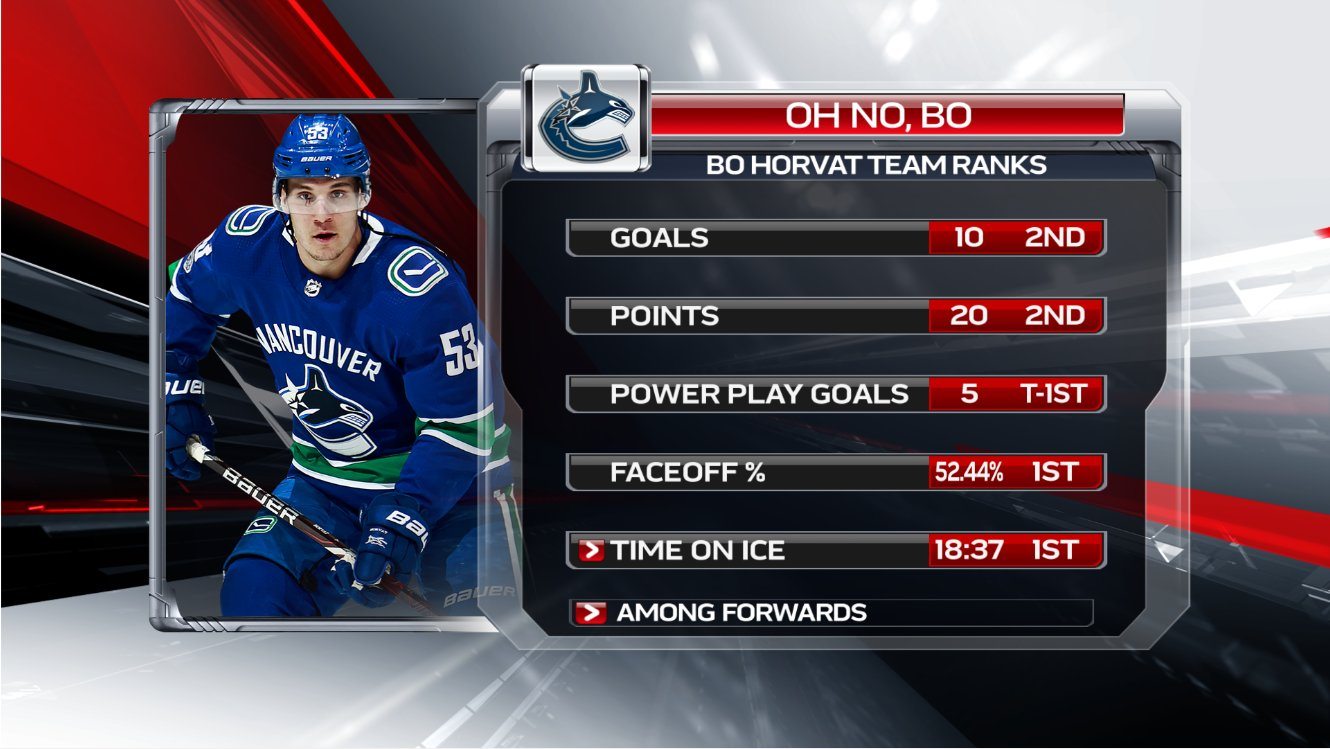 Horvat’s role won’t be easy to fill, but if you’re a glass-half-full kind of person, you can find some positives in the situation.

With Horvat out they should trade Hutton for McDavid.

In all seriousness, Travis Green did have a great rebuttal when asked about the injury.

“It’s a good opportunity for someone else to step up. Next in line.”

With Alex Burmistrov moving from constant healthy scratch to the first line on Thursday, he might be that “someone” Green was talking about.

In other news, water is wet.

Seriously, is anyone surprised anymore? Boeser is a certified goal-scoring machine.

I was curious if Horvat’s absence would have a negative effect on Boeser, but it was almost the opposite.

Boeser tied his career high with seven shots in the game, and scored the team’s only goal on Thursday.

It wasn’t the snipe we’re used to, but it counts all the same.

Brock Boeser scores his 14th of the season – the #Canucks are now down 3-1 pic.twitter.com/IwXLbNCzqQ

Should he keep this up, his rookie goal totals will be up among the best the NHL has ever seen.

If Boeser plays every game for the rest of the season and maintains his current pace of 0.54 goals-per-game, he would finish with 43 goals (42.5 but let’s round up) in 79 games. 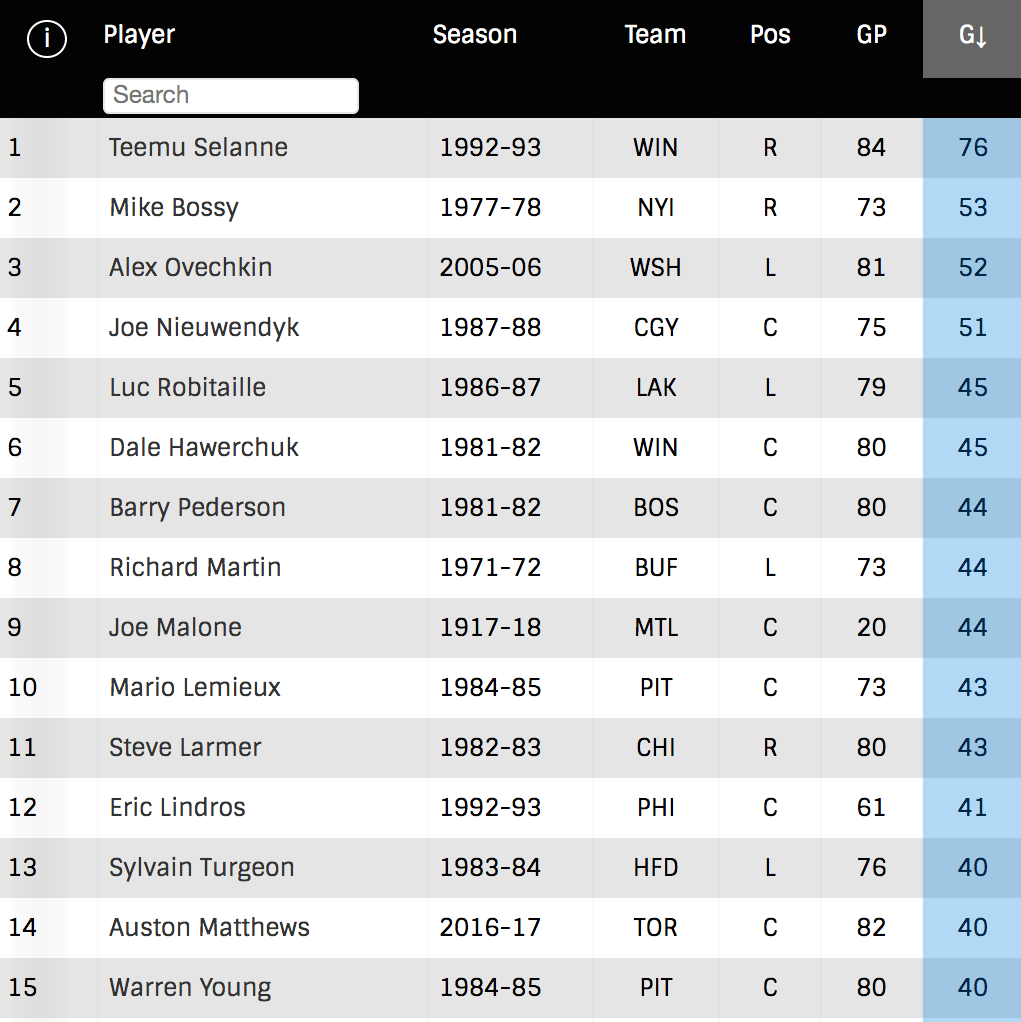 Yeah, that would be some pretty good company.

The Canucks didn’t end up coming back, but if they had it would’ve been because Markstrom gave them a chance.

Don’t let the shot clock fool you, other than the first seven minutes or so the Canucks were not the better team on Thursday.

After a big paddle save earlier in the first, Markstrom stopped what looked to be a sure goal to keep the Canucks within one after 20 minutes.

After stopping 65 of 66 shots in the last two games, I thought Markstrom was solid again against the Flyers despite an underwhelming .884 save percentage.

Get it while you can, folks.

We don’t know if this is the last season for the Sedin twins or not, but the clock is ticking on Sedinery. Soon, it will just be a distant memory.

So on nights like this, where there isn’t a while lot to chew on, we pull out the Sedinery gifs.

We’ve probably seen the no-look between-the-legs pass a million times by the Sedins, but it never gets old.

The Canucks penalty kill has struggled this season, and that trend continued on Thursday with the Flyers picking up a pair of power play goals.

The Canucks took six penalties, which they especially can’t afford to do with Horvat now out of the lineup.

Looking at the TOI breakdowns, the Canucks literally only used four forwards on the penalty kill in the game. Markus Granlund, Loui Eriksson, Alex Burmistrov, and Brendan Gaunce.

I thought Willie D was back behind the bench when I saw Granlund led the Canucks forwards in ice-time (17:13), but that’s because he played a whopping five minutes on the PK.

Would it be worth getting a third forward PK unit out there? I think so, especially in games where the Canucks are spending so much time shorthanded.

Does Green not trust Virtanen to kill penalties? If not, I’m not sure why. He’s looked quite responsible in the defensive zone this season.

Tanev didn’t play much in the last 10 mins. Wonder if we get an injury announcement tomorrow.

What could be worse than no Horvat? No Horvat and no Tanev. That would be devastating.

It could be a reality.

Wayne Simmonds fell into him awkwardly in the third period, and Tanev played just one more shift before sitting out the rest of the game, though he remained on the bench.

Hopefully he’s okay, because if he’s not… I don’t even want to think about what that would look like.