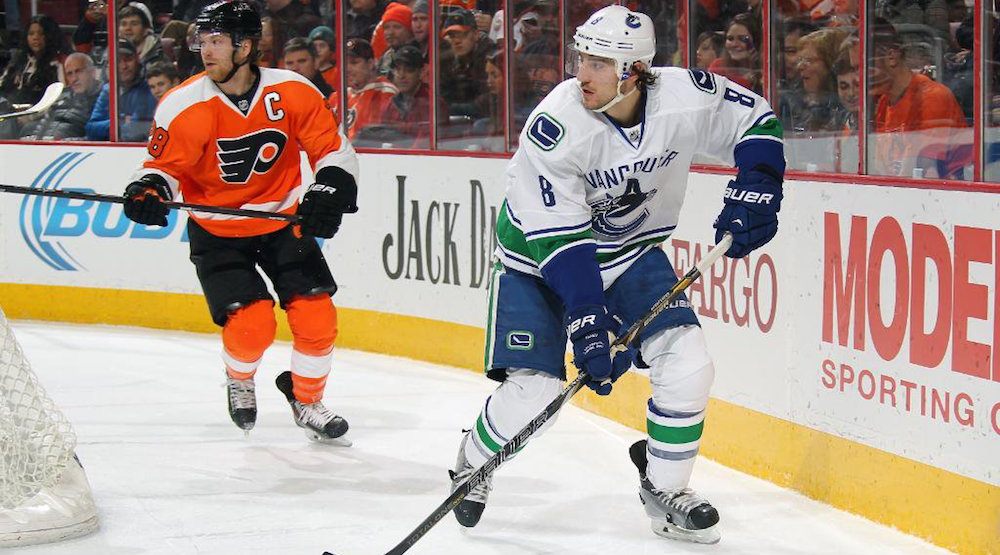 After stealing a point in their last game against Nashville on Tuesday, the Canucks look to get back in the win column tonight against the Philadelphia Flyers.

The Canucks are 6-1-1 in their last eight games, but have lost two in a row on the road. They’re just below the playoff bar, chasing the LA Kings. A win tonight coupled with an LA loss would put Vancouver into the last wild card spot.

The Flyers meanwhile, are experiencing the opposite as of late. After flying up the Eastern Conference standings with a 10-game winning streak in early December, the team has faltered since.

Philadelphia has lost seven of their last eight games, and suddenly find themselves in danger of slipping out of the playoff spot they currently hold.

Look for the Canucks to ice a similar lineup to Tuesday’s game in Nashville. To the chagrin of some fans, that means no Reid Boucher or Anton Rodin once again.

#Canucks update:
Hutton at least a week away

Rodin and Boucher not expected to play vs #Flyers #CanucksOn1040

In addition, the power play units remain in tact, including the commonly talked about Jayson Megna on the second unit. Did you really expect anything else from Willie D?

1. Sedins in a slump 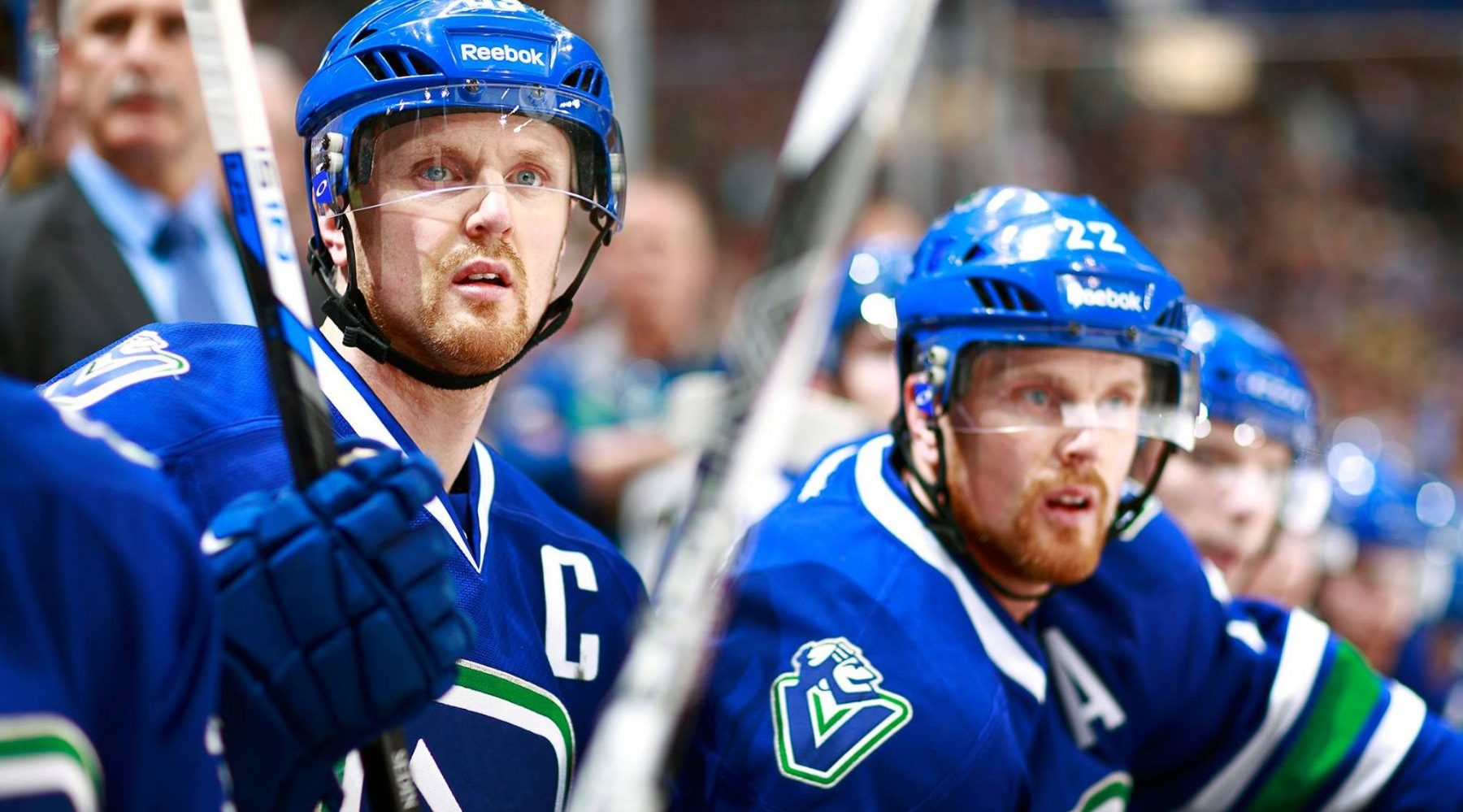 It’s something that no one likes to talk about. Daniel and Henrik Sedin are so cherished among Canucks fans, sometimes it’s hard to watch without bias and acknowledge that they’re in a rut. Which is exactly where they are right now.

There’s no other way to describe it. Henrik has four points in his last ten games while Daniel has just one in the same stretch. That’s not enough from the guys who should be leading this team offensively, like they have so many years prior.

Personally, I think much of the Sedins struggles have been due to Megna being on that line for much of that stretch, but that’s besides the point.

The NHL has spent ten-plus years trying to find out how to shut down the Sedins. Apparently all it takes is Megna or Sutter.

Jannik Hansen’s speed is sorely missed on that line.

The Canucks have still managed to win games in this stretch thanks to their new top offensive threats. That would be Bo Horvat and Sven Baertschi, who each have 13 points in the last 14 games.

That, and stellar goaltending from Ryan Miller, have kept the Canucks in most games.

A big key to the game will be how well Canucks do on special teams. The Flyers have the third most amount of power play goals this season (32), with most of that output coming from their lethal first unit.

The four forwards from that unit (Giroux, Voracek, Schenn, Simmonds) all have at least 14 power play points, accounting for four of the top 25 scorers in the entire league on the man advantage.

Don’t look now, but Ryan Miller is on a tear.

Since Christmas, the 36-year-old has a 5-0-1 record and a sparkling .951 save percentage. He’s been a big reason for the Canucks’ recent surge back into the playoff race.

If you ask me, his hot play means we likely won’t be seeing a Miller trade at the deadline like some anticipated at the start of the year.

He may even get a contract extension, and with Thatcher Demko experiencing some anticipated growing pains in his first pro season, it’s probably the right move.

Looking at the Flyers top power play unit makes me feel all kinds of nervous, and they are desperate for a win.

Until the Canucks prove they can win on the road (their away record is 5-13-2), I can’t pick them away from Rogers Arena.

The Sedins will finally snap their slump, each registering a point in a losing effort, 4-2 to the Flyers.