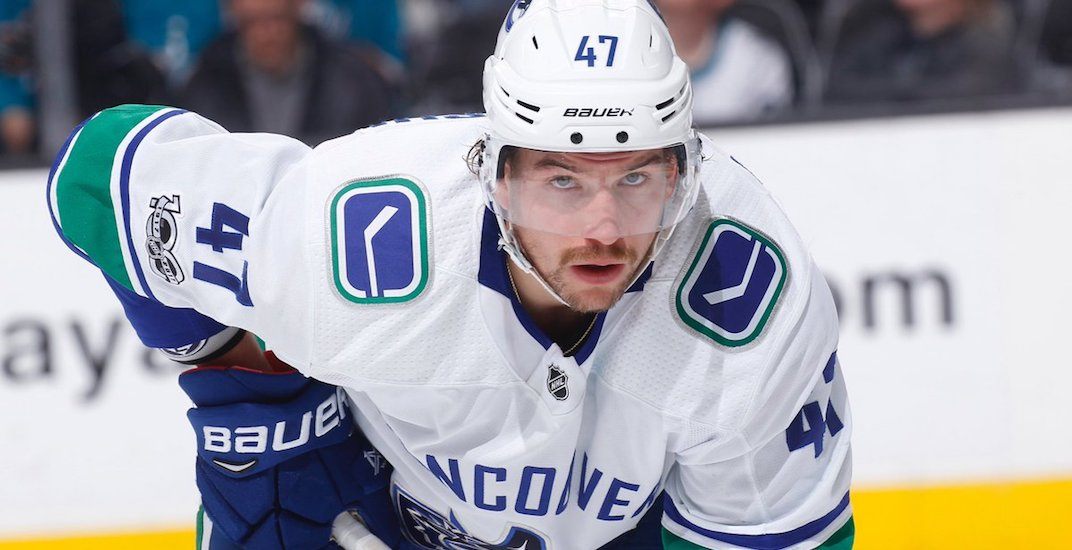 The Vancouver Canucks announced a trio of roster cuts Monday morning, finalizing their 23-man roster ahead of Wednesday’s season opener.

Alex Biega and Nikolay Goldobin being waived didn’t come as a huge surprise (though you could argue the merits of keeping Goldobin’s skill on the roster), but seeing Sven Baertschi’s name on the list raised eyebrows across the Lower Mainland, and for good reason.

It wasn’t like the 26-year-old winger had a terrible preseason. Baertschi had four points in five games and seemed to be developing some chemistry with Adam Gaudette.

Sure, he’s had some recent battles with injuries and he may not fit in to the team’s special teams units this season, but Baertschi is a player who has proven he can provide secondary scoring, producing at a 40-point rate for the four seasons he’s been with the Canucks. That is a valuable asset for a team that finished 26th in goal-scoring last year.

Putting Baertschi on waivers was a puzzling decision considering the other options available, and one that exposes a flaw in the Canucks’ roster building process.

The preseason of Adam Gaudette

It was the electrifying preseason performance of Gaudette (four goals in six games) that forced the Canucks to consider waiving an additional forward in the first place.

“We said ‘if you have a good camp and you deserve to be here, we’ll find space for you,’ and that’s what we did today by making some hard decisions,” Jim Benning told reporters on Monday.

The easy decision would have been to send Gaudette down since he doesn’t require waivers, and I do give the Canucks credit for not taking the easy route. Gaudette earned his place on the team, so they gave him a spot. Nothing wrong with that.

Unfortunately the credit ends there, because cutting Baertschi (and to a lesser extent, Goldobin) ensures that the Canucks won’t have enough skilled wingers to ice three scoring lines, which effectively eliminates the purpose of having Gaudette on the team to start the year.

Rewinding a bit, I want to reference a piece Harman Dayal wrote for The Athletic shortly after last season had ended.

Here, Harman acknowledged that while the Canucks needed to improve their defence and add a winger for Bo Horvat (which were both ultimately addressed through trade/free agency), one of the team’s biggest issues last year was the poor play from their bottom two forward lines.

In fact, the Canucks’ bottom two lines were outscored more than any other teams at even strength last season. 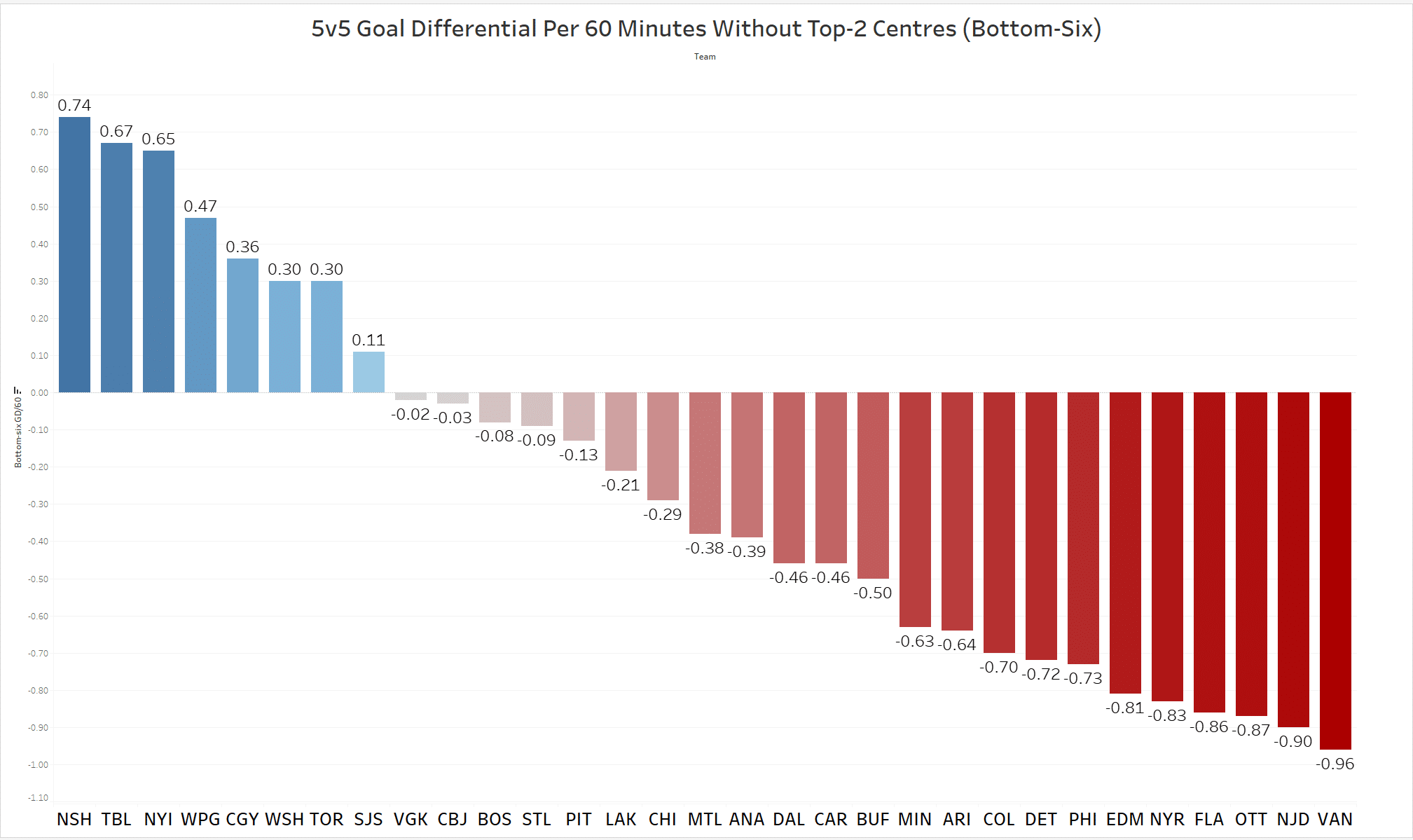 A big reason for this was their decision to run two checking lines rather than a third scoring line, a decision that juxtaposes itself from what the majority of NHL teams are doing today.

Considering the Canucks have struggled to score goals in the last several seasons, a third scoring line seems like it could have a positive effect on the team, taking some of the pressure off of the team’s top scorers to produce every night.

But that wasn’t feasible last season; the Canucks simply didn’t have enough depth on their roster at the time to run three scoring lines.

The emergence of Gaudette as a legitimate offensive threat this preseason meant the Canucks could have addressed that deficiency this year with Gaudette centring a line with Baertschi (a player he showed chemistry with in preseason) and say, one of Josh Leivo or Jake Virtanen.

Not only will that not happen, based on Monday’s line rushes, Gaudette will start as one of the team’s extra forwards. The third line will consist of Brandon Sutter in between Josh Leivo and Jake Virtanen, while Jay Beagle is centring the fourth line between Tim Schaller and Tyler Motte.

Don't see how the Leivo-Sutter-Virtanen line will work together for #Canucks. All three players have the distinction of having more career goals than assists. Need a playmaker in there.

One quote from Benning’s interview that stands out is when he says that waiving Baertschi shows “the evolution of where we’re at as an organization, we have better players and have to make tough decisions.”

It’s puzzling because five of the six players currently on their third and fourth lines played in the bottom six for the Canucks last season. The other is Leivo, who was a bottom-six player for the Leafs before the Canucks acquired him.

This season, with Gaudette’s budding offensive game, the team could have iced a third line of Baertschi-Gaudette-Leivo that would have legitimate potential as a third scoring line.

Instead, the Canucks are keeping the exact same bottom six forward group that ranked dead last in goal differential in the NHL last season.

They don’t have to, they are choosing to.

The philosophy seems clear. The Canucks are stuck in an age where “bottom six players” need to be gritty and aren’t counted on to produce offence. Instead of, you know, picking the best players.