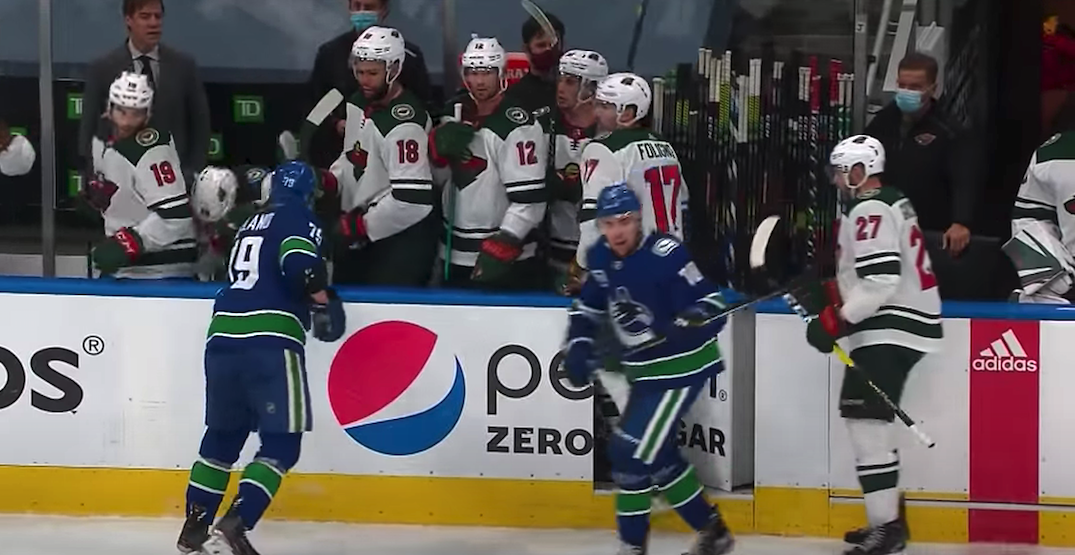 Micheal Ferland is getting off with just a fine, and will be available for the Vancouver Canucks in Game 2.

The rugged Canucks winger, who was back in the lineup for an NHL game of consequence for the first time since December 10 on Sunday night, didn’t shy away from rough play.

Ferland, who has battled concussion-related issues all season, began the postseason with a first period fight against Minnesota Wild winger Marcus Foligno.

Then in the third period, after his stick was being grabbed, Ferland speared Wild forward Luke Kunin on the bench.

On Monday, the NHL fined Ferland $5,000 for the spear, the maximum allowable under the Collective Bargaining Agreement. Kunin, meanwhile, was fined $1,000 for unsportsmanlike conduct.

The Canucks were shut out in Game 1 and now trail the best-of-five series 1-0. Game 2 goes Tuesday night at 7:45 pm PT, from Edmonton.