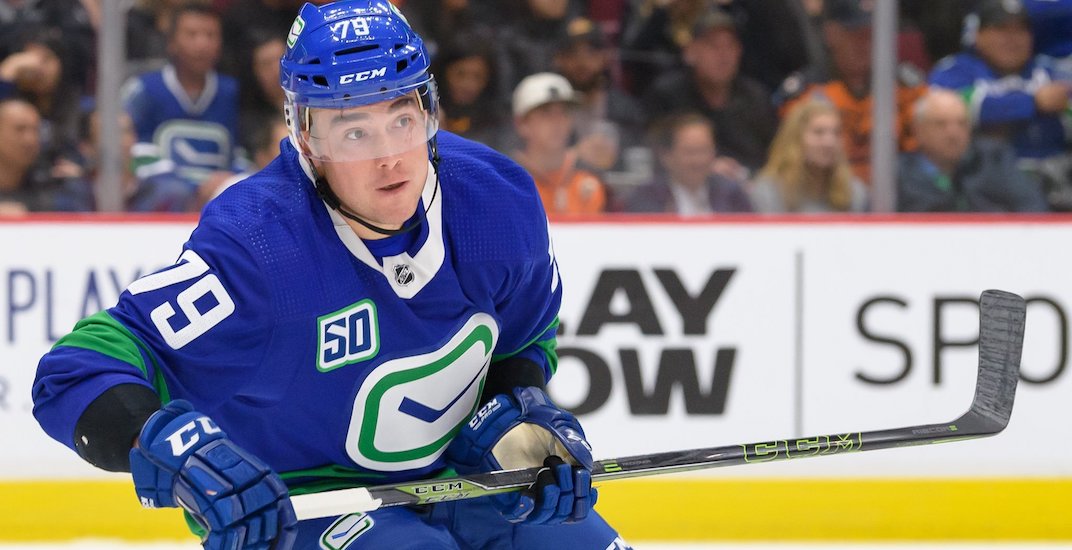 Vancouver Canucks winger Micheal Ferland appears to have suffered another concussion in his first game back, with the Utica Comets. Ferland played the first period, but didn’t return for the second according to Cory Hergott of Canucks Army.

Micheal Ferland left tonight's game due to concussion-like symptoms and and will not return as a precaution.#UTIvsSYR

Ferland was on an AHL conditioning assignment with the Comets, trying to get up to speed after a pair of concussion-related injuries this season. All indications are that there wasn’t an obvious incident in the game that caused this latest injury.

The rugged winger was first injured in an October 30 fight with Kyle Clifford in a game against the Los Angeles Kings. He returned on December 7 for two games, but hadn’t played since December 10.

Ferland battled concussions prior to arriving in Vancouver, while a member of the Carolina Hurricanes last season. Given the seriousness of brain injuries, this latest setback could end Ferland’s season.