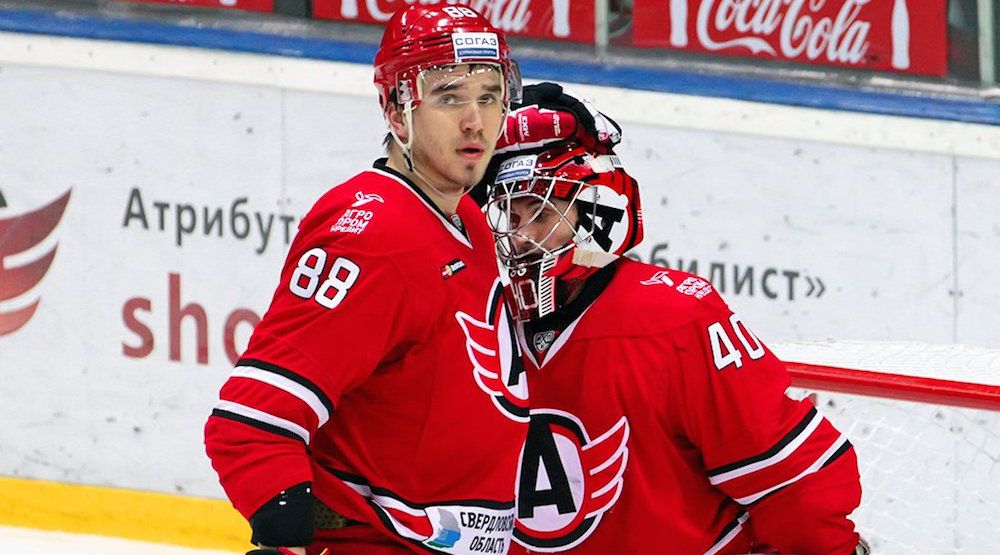 Talk about getting kicked while you’re down.

After a terrible season season on the ice in 2016-17, the Canucks were greeted with the news that one of their most promising young players was leaving the team. Not long after that, the team learned they would be drafting fifth at next month’s NHL Draft.

While Nikita Tryamkin chose the KHL over the NHL on April 20, a glimmer of hope remained that he could one day return.

On Monday, that hope took another hit.

Tryamkin has signed with Yekaterinburg Automobilist, his hometown team, reportedly for three years. That’s another crushing blow to the Canucks, who will have to do without Tryamkin long term, and perhaps, forever.

3 year deal on Tryamkin in the KHL. Vorky is my main man for KHL news. Sad news that makes me cry, but up to date KHL news nonetheless. https://t.co/vjwk5KgJVf

Tryamkin played four seasons with Yekaterinburg before making the move to Vancouver last year. After just one full season in the NHL, it appears Tryamkin is most comfortable at home.

All hope is not lost, of course, as Tryamkin could be bought out of his Russian contract. Tryamkin could also elect to return to the NHL three years from now, at which time he’ll be 25 years old.