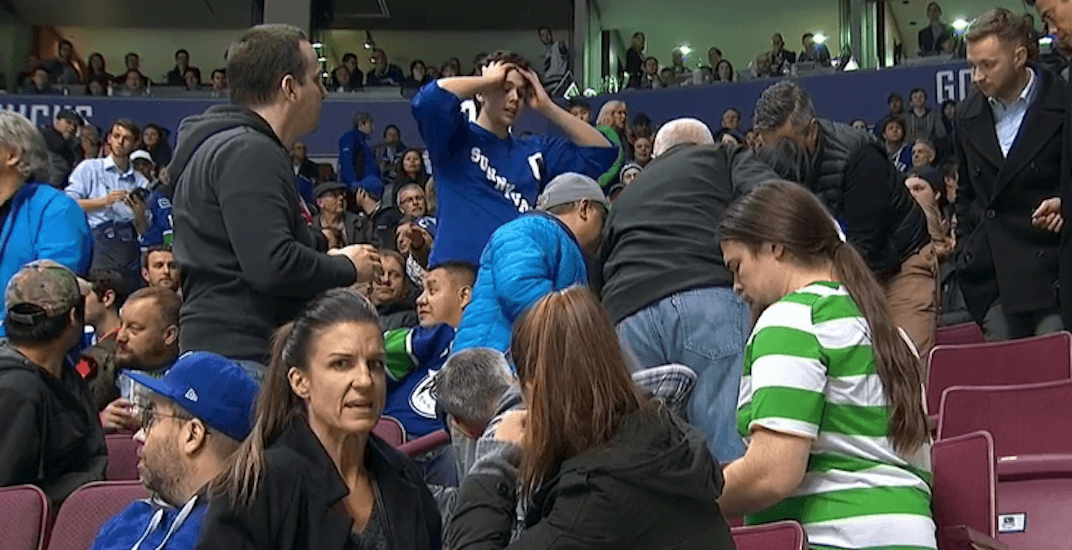 It was a scary scene at Rogers Arena on Thursday night.

With a minute left in the second period of a game between the Vancouver Canucks and Vegas Golden Knights, an innocent looking play caused panic in the seats.

A deflected Vegas pass at centre ice flew over the glass, hitting an unsuspecting fan. 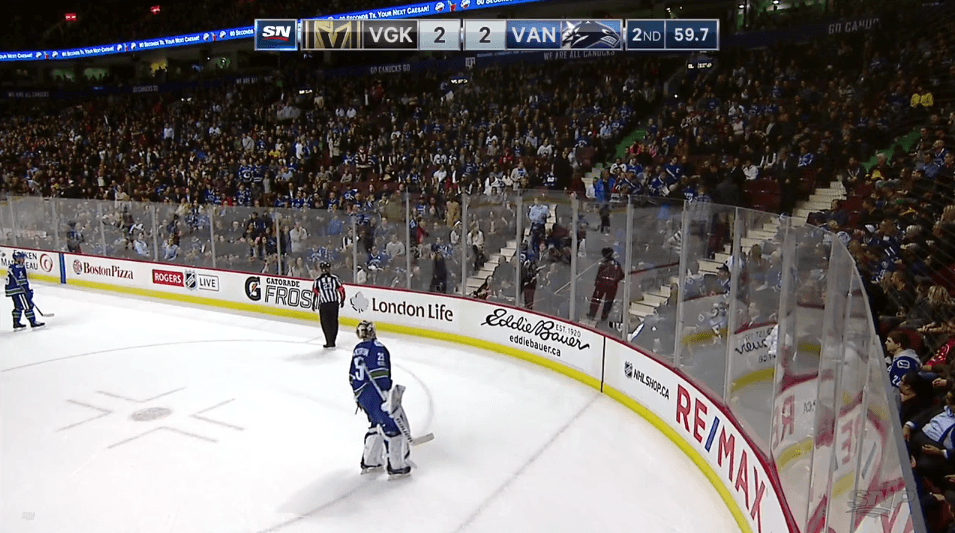 Fans nearby looked genuinely concerned, as did some of the players on the ice that saw what happened.

The 2nd period between the Vancouver Canucks and Vegas Golden Knights ended after 19 minutes after a fan was hit by a puck and required medical attention.
The final minute will be added to the 3rd. #Canucks #VegasBorn pic.twitter.com/jPgqXMIfZS

The situation was serious enough for the on-ice referees to delay the game by going to intermission early, finishing the last minute of the second period after the players returned to the ice.

The fan, who has been described as an elderly woman, was rushed to hospital.

Thankfully, she’s going to be ok.

“The fan struck by a puck at last night’s game received first aid treatment from St John’s Ambulance medical staff, as well as on site assessment from a team physician,” Canucks Sports & Entertainment COO Jeff Stipec said in a statement. “She was treated and cared for on site, then transported as a precautionary measure to a local hospital for further evaluation. We continue to be in communication with her and her family who have indicated she is home and resting comfortably. Out of respect for their privacy we are unable to provide further comment, but we are pleased to hear she is doing better.

“Fan safety is our top priority at Rogers Arena. We commend the NHL officials for stopping play, and our first responders and medical staff for their attention and care. We strive to provide a game experience that is safe and enjoyable for all guests.”

Pucks leaving the playing surface are an inherent danger for fans attending hockey games. That danger has been mitigated at NHL rinks since 2002, after the league added protective netting in response to the death of a young fan in Columbus.

There’s still some risk though, as the netting does not cover the middle section of the ice and on rare occasions the puck can be projected over the glass with enough force to do significant damage.