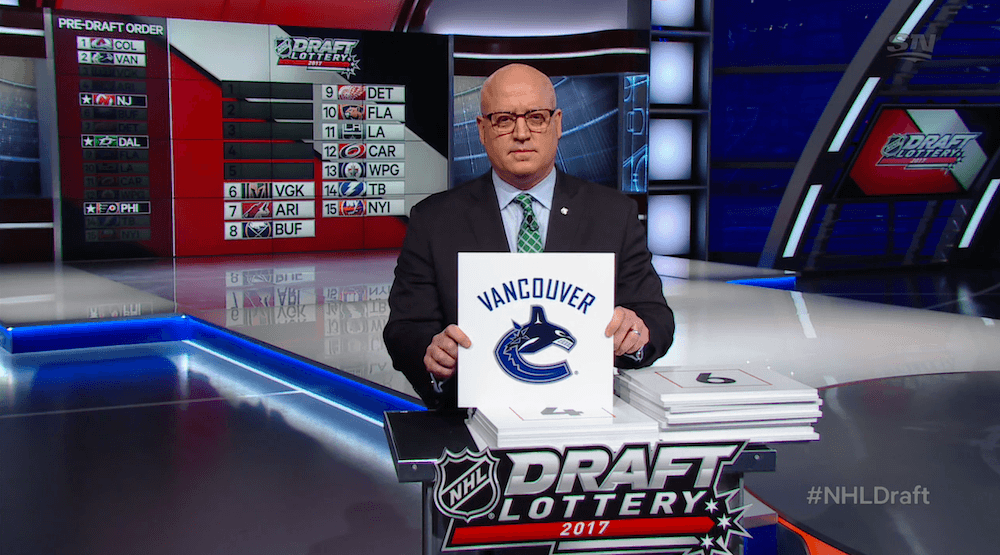 The hockey gods didn’t smile on Vancouver for a second straight year, as the Canucks did not win the NHL Draft Lottery Saturday in Toronto.

The worst-case scenario occurred, and the Canucks dropped down three spots to fifth-place.

Despite having the second-best odds (12.1%) to win the first overall pick, and a 32.2% chance at one of the top three picks, probability wasn’t on Vancouver’s side.

The New Jersey Devils were the big winners, moving up to first pick from fifth. Philadelphia had the biggest move up the order, snagging the second pick from the 13th spot. Dallas rounded out the top-three by moving from eighth to third. 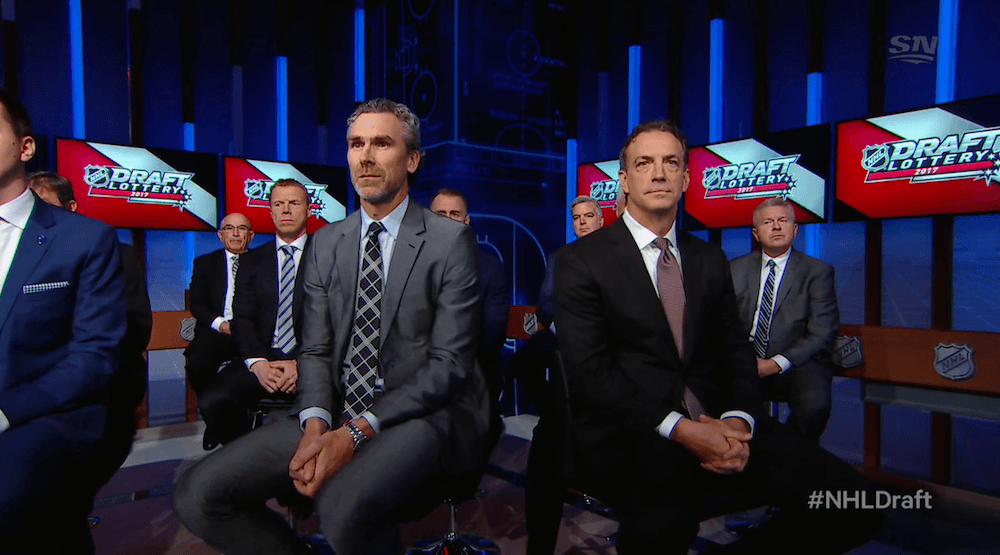 Colorado, who had one of the worst seasons in recent memory, will pick fourth. The expansion Vegas Golden Knights will pick sixth.

From a Canucks perspective, the NHL picked a terrible time to change their lottery system. Prior to last year’s lottery, the maximum number of spots a team could drop down was one.

The Canucks dropped two spots (third to fifth) in last year’s lottery, and became the first team to drop out of the top-three twice this season by sliding three spots.

This will surely spark debate among fans about the viability of tanking when none the three worst teams from last season ended up winning the lottery. But of course, the odds don’t change.

Colorado wasn’t any dumber for finishing last this season than Toronto was the year before. The lottery is what it is: a (weighted) game of chance.

It could be worse, of course. Arizona will pick at #7 despite having just a single point more point than Vancouver during the regular season.

And really, that’s what last season accomplished for the Canucks. Sinking low in the standings doesn’t ensure a top-three pick, but it does ensure a high pick.

This year, the Canucks pick fifth. They will have an opportunity to draft a good player, they just didn’t get the big prize. That honour goes to New Jersey.

Maybe some day the hockey gods will smile on Vancouver. 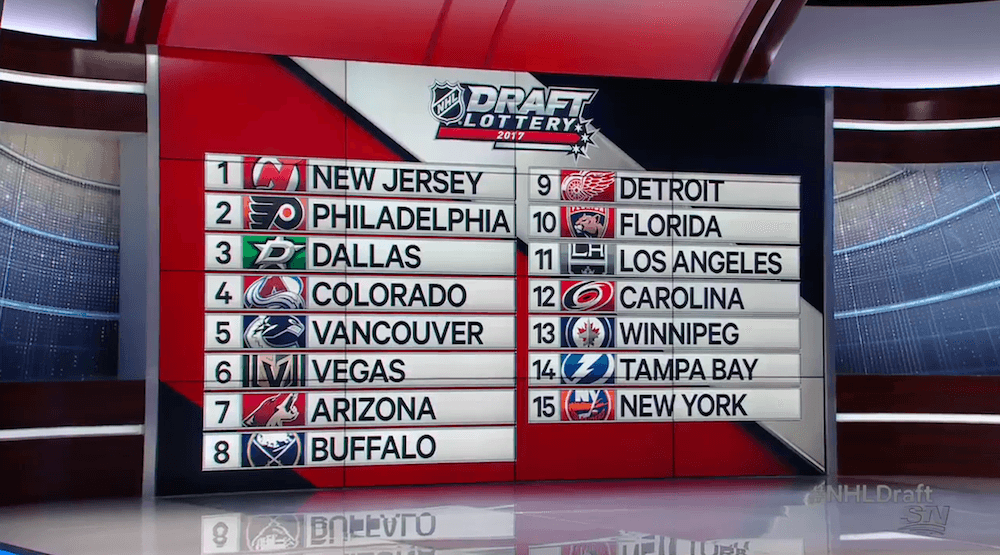