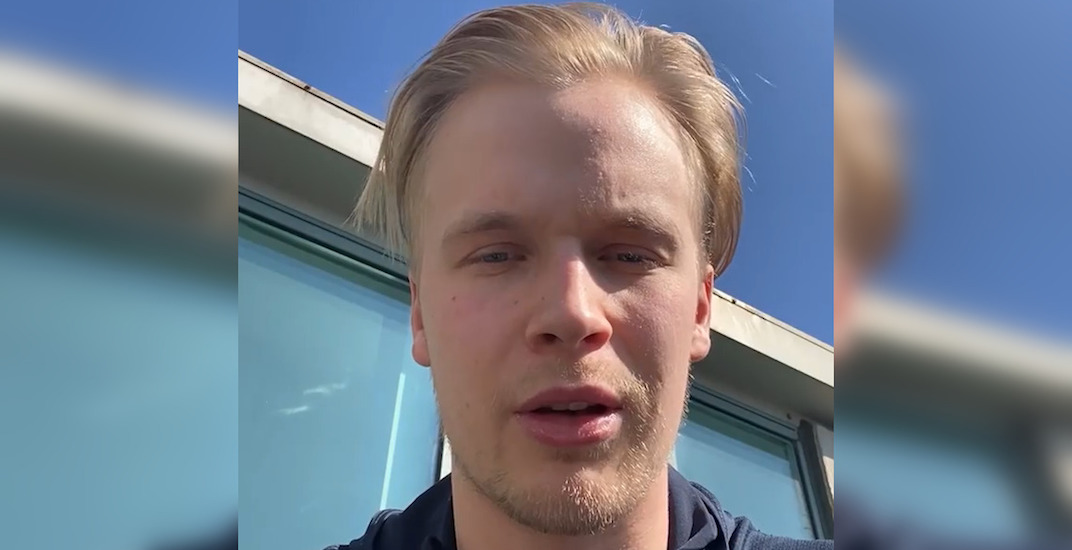 It’s been a while since we’ve seen the Vancouver Canucks in action.

The Canucks last played nine days ago, beating the New York Islanders in a thrilling 5-4 shootout win at Rogers Arena.

It feels longer than that though.

Players have been in quarantine for the last week, as their game in Arizona was postponed due to the COVID-19 pandemic.

Somewhere between then and now, Elias Pettersson decided to grow a beard.

Pettersson, Bo Horvat, and Tyler Myers appeared in a video posted by the Canucks social team, with each one of them encouraging fans to follow the advice of local health authorities.

“Hopefully we can get back on the ice soon, but I want everyone to stay safe,” said Horvat, who added that he was “practicing his social distancing” alongside his dog Gus. “Make sure you sanitize, wash your hands, and stay indoors.”

“Hopefully everyone’s doing good and staying healthy,” said Pettersson. “It sucks that we can’t play hockey now, but health comes first. This thing is bigger than hockey. So it’s important that everyone’s doing their own part by washing their hands, if you’re not feeling well stay home.”

This was a wonderful PSA by the team, and it’s incredibly important that everyone listens to what they said.

But did you take a close look at Pettersson? Was that a beard he’s trying to grow?

@_EPettersson this is a good look! 🧔

@_EPettersson with the quarantine beard 👍🏻

Petey has got that solitary beard going ! It will be ready for us to start playing in the playoffs!

We’ll get through this together.
Stay safe out there🙏 btw I know my beard is bad, no need for chirps😅 https://t.co/b0sNvxKHP9

“I know my beard is bad, no need for chirps,” Pettersson said, acknowledging the comments from fans on Twitter and Instagram.

Is it any wonder why this guy is so beloved in Vancouver?

And to be fair to Pettersson, it looks like it’s coming in better than Sidney Crosby’s beard at the same age.

Don’t listen to the haters Petey, you got this.