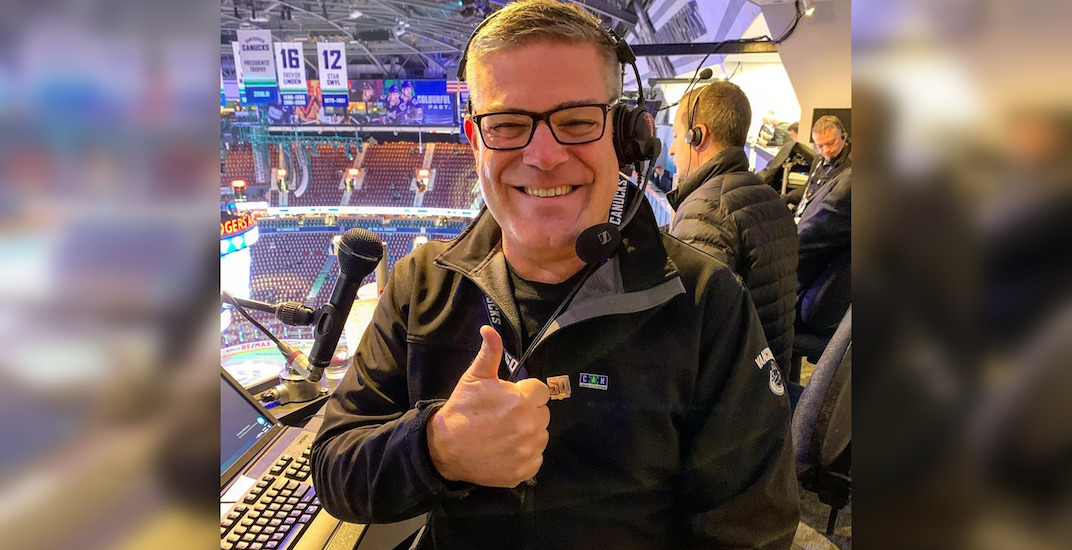 It’s been less than a week since the NHL paused operations due to the COVID-19 pandemic, but with no end in sight, hockey fans will have to improvise.

One person helping fill the void is Rogers Arena PA announcer Al Murdoch, who has taken it upon himself to cheer up Canucks Nation. That booming voice you hear at Canucks games took to social media over the weekend, pledging to still announce goals, even if there are no games taking place.

“It just so happens I have a goal horn at home,” Murdoch said with a maniacal laugh in a video uploaded to social media on Sunday — the same day as the first postponed Canucks home game. “I know! I can’t get away from it. So why not announce a few Canucks goals anyway?!”

Murdoch has received a ton of positive feedback from hockey-starved Canucks fans, as well as requests for other goal calls. He has decided to call one goal a day, picking players by request from fans.

“I miss hockey and sports in general like a lot of people and understand that sports is secondary when something like this happens in our world,” Murdoch told Daily Hive. “These goal announcements are to bring us back to happier times and to hopefully lessen the stress and anxiety going on. It’s helping me.”

It’s helping us too.

Murdoch has called three goals to date. Elias Pettersson was the first, followed by Bo Horvat and Jake Virtanen, as they received the most requests from fans.

No word yet if anyone shotgunned a beer for Jake.

So who’s next? The early vote leader on Instagram appears to be Loui Eriksson, presumably into an empty net.