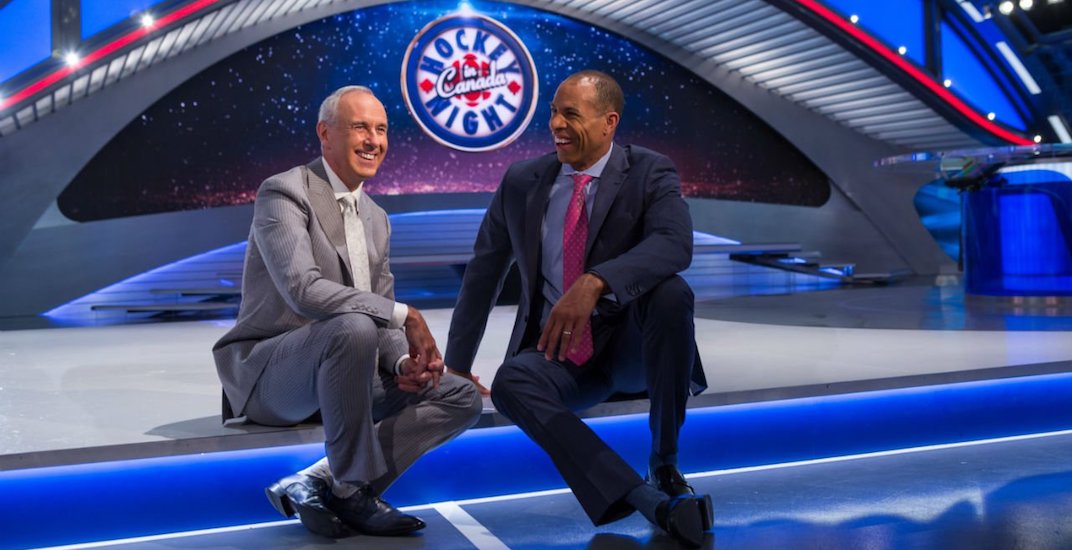 Hello out there, we’re on the air, it’s…movie night tonight?

With COVID-19 halting play in the NHL, the CBC has some airtime to fill on Saturday nights. Instead of airing Hockey Night in Canada, while hockey is on hiatus, the CBC will air “Movie Night in Canada.”

“In response to the postponement of the NHL season due to the evolving COVID-19 situation, CBC will be hosting Movie Night in Canada, a celebration of acclaimed Canadian films back-to-back on Saturday evenings beginning at 7 pm (8 AT, 8:30 NT) on CBC and CBC Gem,” the public broadcaster announced in a media release.

I know, I can’t wait for hockey to be back either.

The good news for fans is that many of the films being aired have a sports theme, beginning with movies about Gordie Howe and Terry Sawchuk this Saturday.

Movie Night in Canada is currently scheduled until April 11, with a double-header of films beginning at 7 pm local time.

The story of the 1973 hockey season when aging legend Gordie Howe returned to the ice at the age of 44. Starring Michael Shanks (Unspeakable) and Kathleen Robertson (Northern Rescue).

The life of a professional hockey player was not always a glamorous one. For legendary goaltender Terry Sawchuk (Mark O’Brien, Marriage Story), each save means one more gash to his unmasked face and one more drink to numb the pain. Even with a wife (Georgina Reilly, Murdoch Mysteries) and seven children at home, he is haunted by the void left from his childhood which he tried to fill with cheering crowds. Sawchuk traveled across the country racking up 103 shutouts and 400 stitches to his face, proving that this is a man who lives, breathes, and dies a goalie. Also starring Kevin Pollak (The Marvelous Mrs. Maisel).

Three men, three different paths, caught in conflict but brought together to save lives: a highly skilled sniper who can’t think of his targets as human; an intelligence officer who has never killed while on duty; and a legendary Afghan warrior who left war behind but gets pulled back to battle. Starring Rossif Sutherland (Catastrophe), Paul Gross (Caught), and Christine Horne (Hey Lady!), with Allan Hawco (Caught) and Clark Johnson (Bosch).

The story of Leo Palamino (Ryan Kwanten, True Blood), a failed writer-dishwasher made famous for his many flaws and shortcomings in a blog called “Why You Suck,” written by his ex-wife. He meets Colette (Sara Canning, Nancy Drew), the girl of his dreams, on the day she is marrying the perfect man. And so the ultimate underdog love story begins in which Leo, a fearless dreamer, risks all to show Colette and the whole world all that is right with a man famous for being wrong. Also starring Catherine O’Hara (Schitt’s Creek).

Based on the incredible true story of Jesse Owens, the legendary athletic superstar whose quest to become the greatest track and field athlete in history thrusts him onto the world stage of the 1936 Olympic Games, where he faces off against Adolf Hitler’s vision of Aryan supremacy. Race is an enthralling film about courage, determination, tolerance, and friendship, and an inspiring drama about one man’s fight to become an Olympic legend. Starring Stephan James (If Beale Street Could Talk).

A young, black NHL hopeful (Stephan James, If Beale Street Could Talk) living in a racially divided Nova Scotian community finds his career prospects in jeopardy when tensions in his community come to a head.

7 pm – Hector and the Search for Happiness (2014, comedy, directed by Peter Chelsom)

An unemployed doctor-turned-cab driver (Vinay Vermani, who also co-wrote the screenplay) becomes a local hero when he converts his taxi into a mobile clinic. Dr. Cabbie is a heartwarming comedy about a young Indian doctor who immigrates to Canada and faces roadblocks in his effort to heal others but discovers his true purpose, and true love, along the way. Also starring Adrianne Palicki (The Orville) and Kunal Nayyar (The Big Bang Theory).