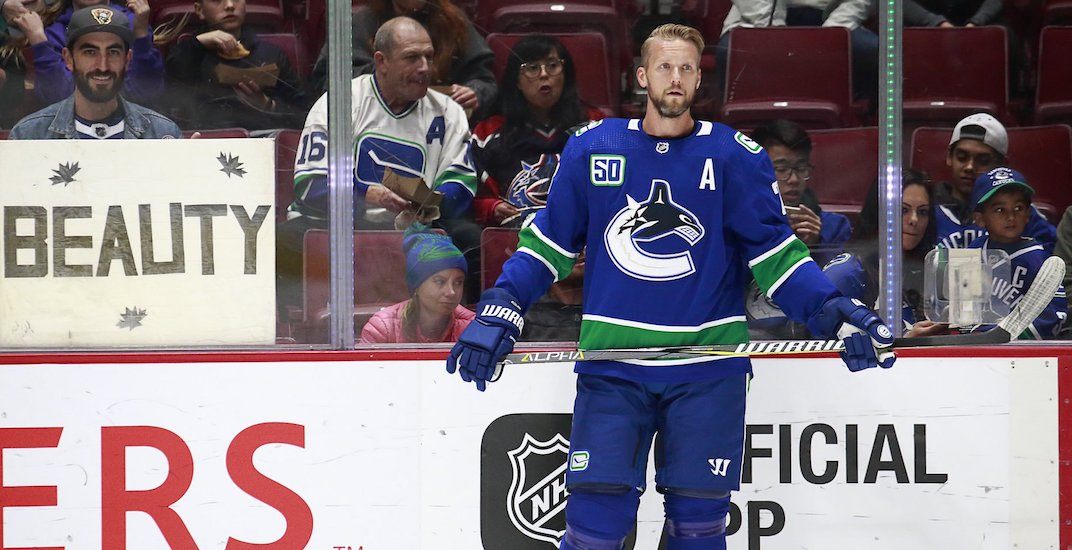 Not long after winning the Daniel and Henrik Sedin Award for community leadership, Alex Edler is following in his Swedish former teammates’ footsteps again.

Edler was announced as a King Clancy Memorial Trophy nominee by the NHL today. The annual award is presented “to the player who best exemplifies leadership qualities on and off the ice and has made a noteworthy humanitarian contribution in his community.”

The 34-year-old defenceman was also nominated for this award last season, following Henrik and Daniel Sedin sharing the award in 2018. The award has been won by a Canucks player on three occasions, with Henrik Sedin also winning in 2016 and Trevor Linden receiving the honour in 1997.

Edler, who happens to be a close friend of the Sedins, has been putting in charity work for years. That includes the Eagle’s Nest, which hosts children and their families at every Canucks home game. The children chosen are typically those that are facing a challenging illness or injury, have done something special for someone, are dealing with a difficult situation, or who wouldn’t otherwise have the opportunity to come to a game due to socio-economic circumstances.

Each team gets to nominate a player for the King Clancy, with the winner chosen by a committee of senior NHL executives led by Commissioner Gary Bettman and Deputy Commissioner Bill Daly.

Three finalists and a winner will be chosen based on the following criteria: