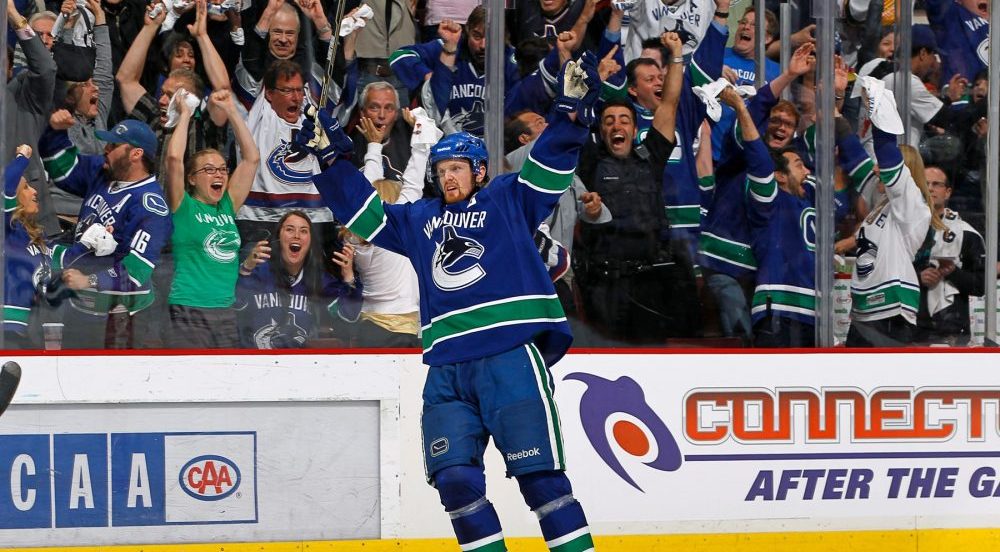 He’s the Vancouver Canucks’ leader, and now he’s been recognized as the best in the league – Henrik Sedin has won the King Clancy Memorial Trophy as “the player who best exemplifies leadership qualities on and off the ice and has made a noteworthy humanitarian contribution in his community.”

“Henrik is a consummate leader and mentor for his teammates who embodies the principles of honesty, integrity, and discipline,” Trevor Linden, Canucks President of Hockey Operations, said in a statement. “He has an innate ability to inspire and motivate others through his work ethic and desire to compete at the highest level. Alongside his brother Daniel, Henrik has brightened the lives of children and families in his adopted province of British Columbia for over 15 years. We are proud to see him recognized for his many contribution both on and off the ice.”

The franchise leader in games played (1,196), assists (748), points (970), and plus/minus (+214), Henrik’s on ice performance is matched by his off ice contributions within the community. The 35-year-old Ornskoldsvik, Sweden native gives his time and funds to children and families around BC, spending much of it supporting the Canucks for Kids Fund, Canuck Place Children’s Hospice, and BC Children’s Hospital. In 2010, Henrik, alongside his wife, Daniel, and sister-in-law, even made a joint $1.5 million donation to the hospital.

Henrik has played his entire NHL career in Vancouver, being drafted 3rd overall in the 1999 NHL Entry Draft. He won the Hart Memorial Trophy in 2010 (AKA MVP), the same year he won the Art Ross Trophy as the league’s top scorer with 112 points. He becomes the second Canuck to win the King Clancy Memorial Trophy; Linden won it in the 1996-97 season.

For all you do Henrik, thank you. #NHLAwards

The King Clancy Memorial Trophy for leadership on & off the ice & community contribution is Henrik Sedin. #NHLAwardspic.twitter.com/TWKGEJqaHc