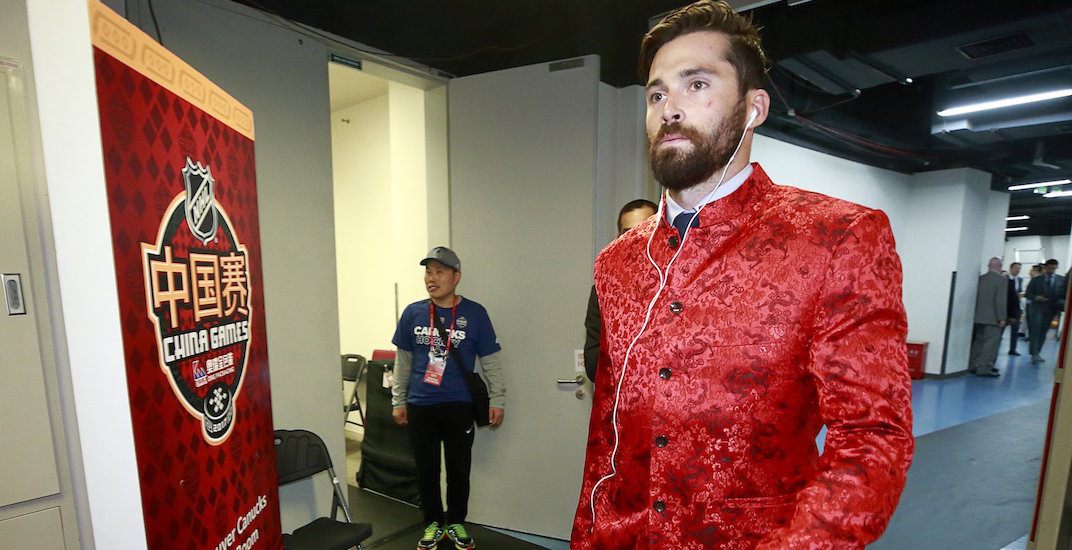 The NHL’s first game in China is in the books.

The LA Kings defeated the Vancouver Canucks 5-2, in a game that started at 4:30 am Pacific Time.

In terms of game play, it was a little more entertaining than your standard NHL preseason game. Both teams probably had a little more jump in their step, given they wanted to impress new hockey fans in Shanghai.

The two teams dressed lineups that closely resembled what we’ll see during the regular season. Vancouver got goals from Sven Baertschi and Markus Granlund, while the Kings had two goals from Tanner Pearson, with the rest coming from Adrian Kempe, Alec Martinez, and Jeff Carter.

But the result of this game didn’t matter. This was about selling the game to a new audience.

If these were the Oscars and we were evaluating everyone’s outfits, Canucks defenceman Erik Gudbranson would have won hands down.

A camera crew followed Gudbranson and Jacob Markstrom, as they went shopping in Shanghai to buy the jacket. Gudbranson, who makes $3.5 million, even haggled over the price.

.@Guddy44 loves the jacket, not the price. It’s a showdown. pic.twitter.com/jAkewg00hW

Prior to the game, both teams’ mascots – Fin for the Canucks and Bailey for the Kings – gave a rules demonstration. It was a nice touch:

There was also a dragon on the ice:

How cute was The Little Pug Kids Choir?

Chinese students with an adorable rendition of the Chinese National Anthem! 🌏 #NHLChinaGames pic.twitter.com/0iLkzofBsM

How about a pre-game interview with Anze Kopitar, with sound pumped into the arena? 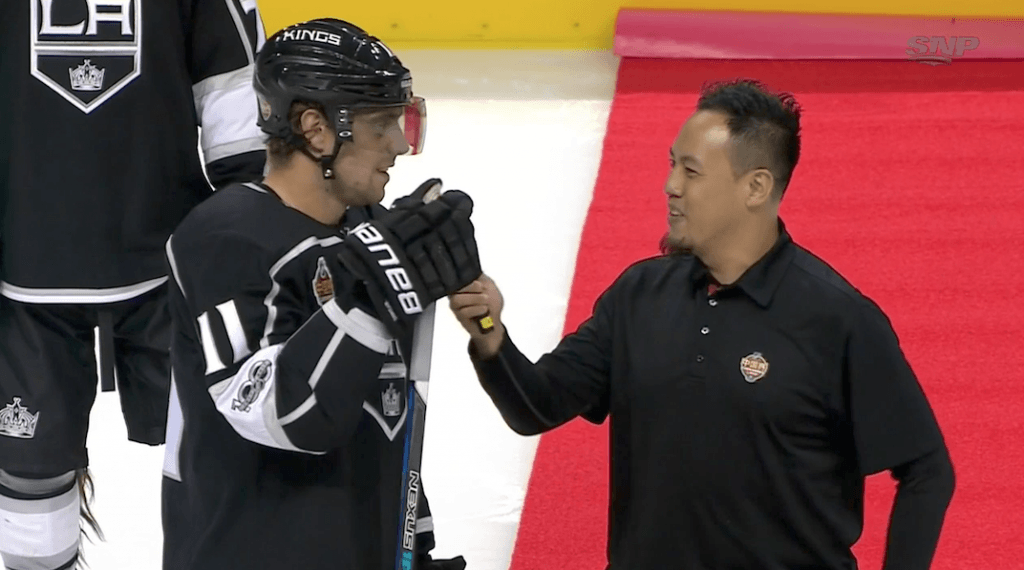 It’s only preseason, but fans were given white towels:

And when Baertschi scored the first Canucks goal:

Both teams also wore patches on their jerseys with Chinese characters:

Patches are on and the threads are set. #NHLChinaGames pic.twitter.com/nphaC7rTaJ

But of course, they should have worn this:

Was thinking the same. (I hope this is right, I did my research) pic.twitter.com/zd0pkvqOgJ

It didn’t all go smoothly in Shanghai.

Yes, they fixed the fog issue that plague the rink on the first day of practices. But there were some minor issues that seeped into the game.

The net in the Canucks’ end during the first and third period came dislodged repeatedly without much force. The clock failed to start a couple of times.

To be fair, those weren’t as annoying as the NHL’s new slashing penalty standard, which resulted in a ridiculous number of penalties and had nothing to do with being in China.

Rally towels are out.

3rd period is underway. Let's. Do. This. pic.twitter.com/8ssGwEHOgn

There were a few people wearing hockey jerseys in the crowd, but for the most part this appeared to be a new audience for the NHL.

The crowd was a bit of a late-arriving one, with a number of empty seats visible on the television broadcast, but Mercedes-Benz Arena eventually filled up nicely. After a relatively quiet start, fans in Shanghai appeared to enjoy the game.

They were loud and excitable, although not always at the times you would think.

They’re bringing him along on this trip, which has to be like fantasy camp for the 21-year-old. The 5-foot-8 goalie will act as the team’s third goaltender, participating in practices, but not in games unless there’s an injury.

Sun was shown on the broadcast soaking it all in, in true millennial style: 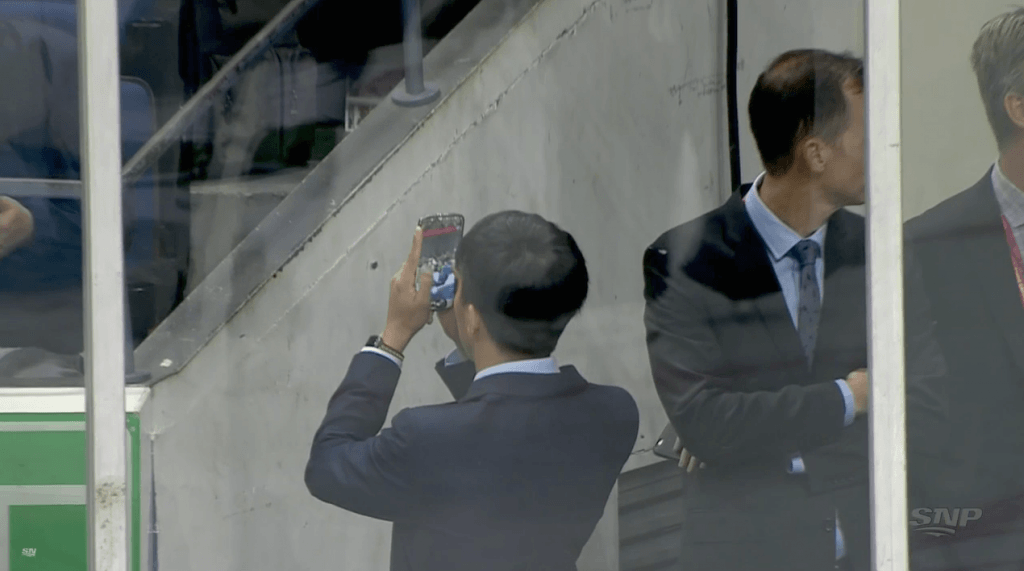 Yes, they had cheerleaders.

These two teams will now travel to Beijing for the rematch on Saturday. The game will be shown at 12:30 am PT Saturday (ie. Friday night) on Sportsnet.