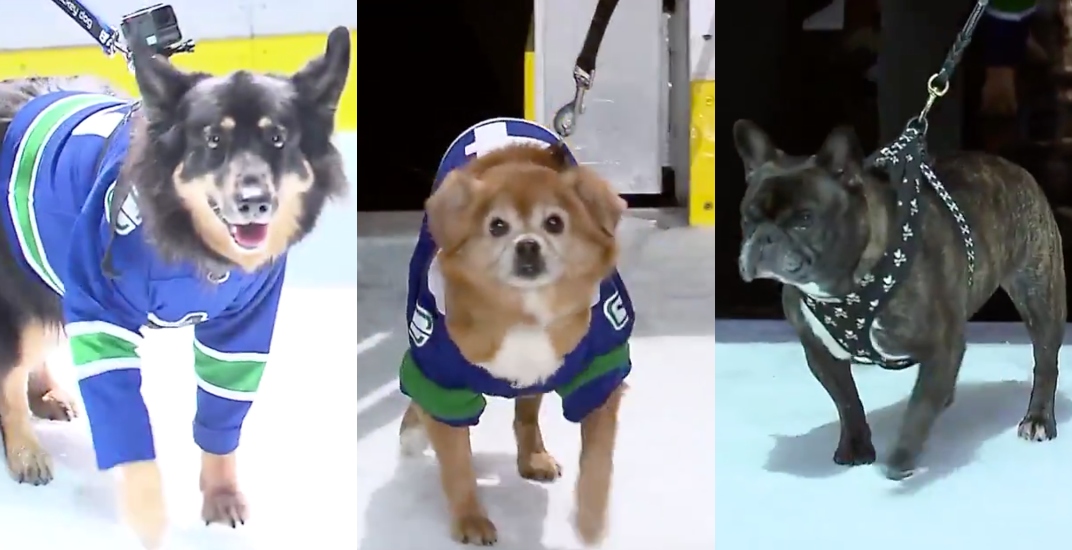 Canucks fans showed up for Wednesday’s game at Rogers Arena to see a hockey game, but they stayed on the edge of their seats during the second intermission.

That’s because six adorable pups belonging to Canucks players trotted onto the ice to compete in a dog race.

With most of the dogs wearing custom Canucks jerseys with their dad’s number on the back, Gus (Bo Horvat), Emma (Tanner Pearson), Lilli (Jordie Benn), Riley (Chris Tanev), Zeus (Adam Gaudette), and Phoebe (Troy Stecher) scurried onto the ice while being hilariously introduced by PA announcer Al Murdoch.

Here’s how it looked:

Gus, Lilli, and Riley never stood a chance, making this essentially a three-dog race between Phoebe, Zeus, and Emma.

Stecher’s Bernese Mountain Dog, Phoebe, jumped out to the early lead, but lost interest in the neutral zone, opening the door for Pearson’s dog Emma (a mixed breed) to win the race.

Luckily, Benn’s dog Lilli did not “take a dump in the middle of the ice,” as he suggested she might.

.@tannerjpearson's 🐶 Emma is for sure getting all the love today! 🥇#LoveYourPetDay pic.twitter.com/4E0N6o5sG9