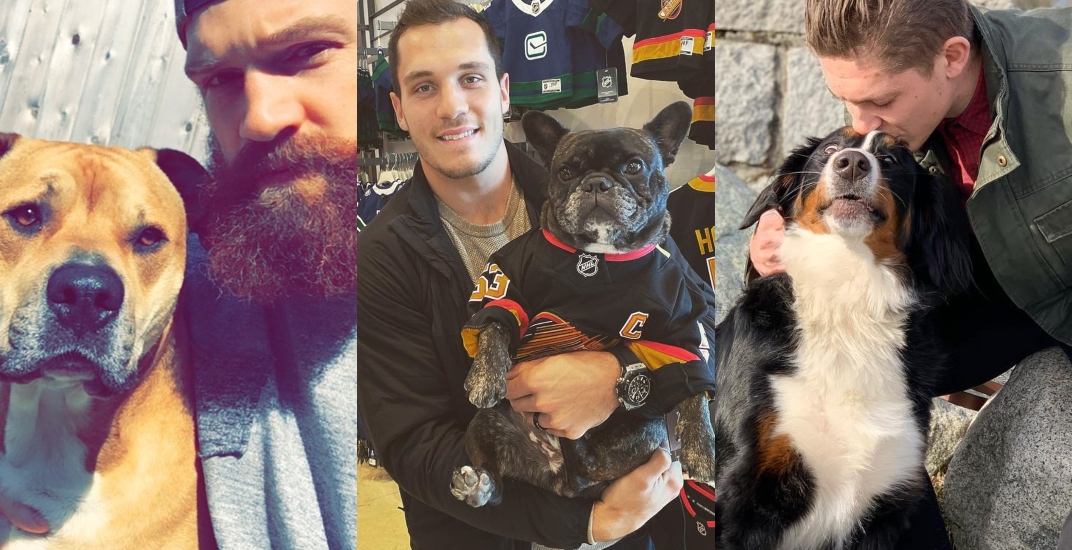 The Vancouver Canucks are in a tight race for a playoff spot down the stretch.

Their dogs, meanwhile, are preparing for an epic race of their own.

Six Canucks dogs will race on the ice during tonight’s game against the Minnesota Wild at Rogers Arena, in what promises to be the best second intermission entertainment of the season.

The Canucks social media team caught up with three players who will have their dogs in the race: Bo Horvat, Troy Stecher, and Jordie Benn. We’ll have to wait to see who the other three will be.

“If she sees where her mom is, she might go right after her. Either that or she might take a 💩 in the middle of the ice.” Six #Canucks dogs will race tonight during the 2nd intermission in a pawsitively amazing event. 🐶😍 pic.twitter.com/q0XFMQZoU0

Horvat’s dog Gus is already well known to Canucks fans, and has over 9,000 followers on Instagram. Though Horvat doesn’t like his French bulldog’s chances of winning, saying: “He can run, but I don’t know how well his grip’s going to be on the ice. He’s been in one dog race and it didn’t go very well.”

Phoebe the Bernese mountain dog belongs to Stecher, and has over 5,000 followers on Instagram.

“Love of my life, she is my life. Proud dad,” said Stecher.

Lily, a King Charles Cavalier mix rescue dog that belongs to Benn, could be a frontrunner.

“If she sees where her mom is, she’s pretty loyal, so she might go right after her,” said Benn.

“It’s either that, or she might take a dump in the middle of the ice. I don’t know.”