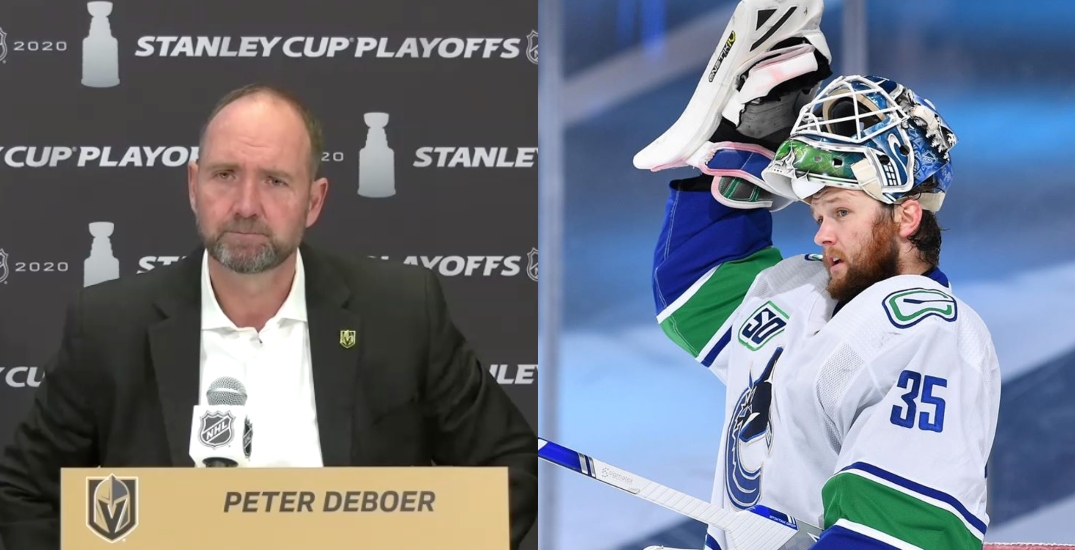 Thatcher Demko only started three games against the Vegas Golden Knights, but it appears the Canucks goaltender has been living rent-free in their heads ever since.

Following a surprising five-game series loss at the hands of the Dallas Stars, Vegas head coach Peter DeBoer brought up Demko’s name as part of the reason why his team was going home.

“There’s no doubt that the last couple games of the Vancouver series against Demko probably rattled our confidence a little bit in that [scoring] area as a group,” DeBoer said in his post-game press conference. “Honestly, up ’til that point, I thought we were creating a ton of offence. We were scoring a lot of goals. It was never an issue… There was really no signs of it up until the end of the Vancouver series.”

The Golden Knights appeared to dodge a bullet against Demko, who had their number, stopping 128 of the 130 shots he faced in the series. Mark Stone had a priceless reaction when shaking hands with Demko after Game 7, with a dumbfounded look on his face given how close the netminder came to stealing the series.

The usually high-scoring Knights lost their mojo against the Canucks and never got it back against Dallas, scoring just eight goals in five games in the Western Conference Final.

Naturally, this quote warmed the hearts of Canucks fans, who are now crediting Demko with defeating the Golden Knights after all.

Thatcher Demko is going to be trending in Canada because he just defeated the Vegas Golden Knights without actually participating in the series.

"Some other guy" really rattled the Golden Knights eh. Thank you, Demko. Love to see it 🥰

His name is Thatcher Demko. And he’s the reason your team lost confidence. pic.twitter.com/diSMG4kI5o