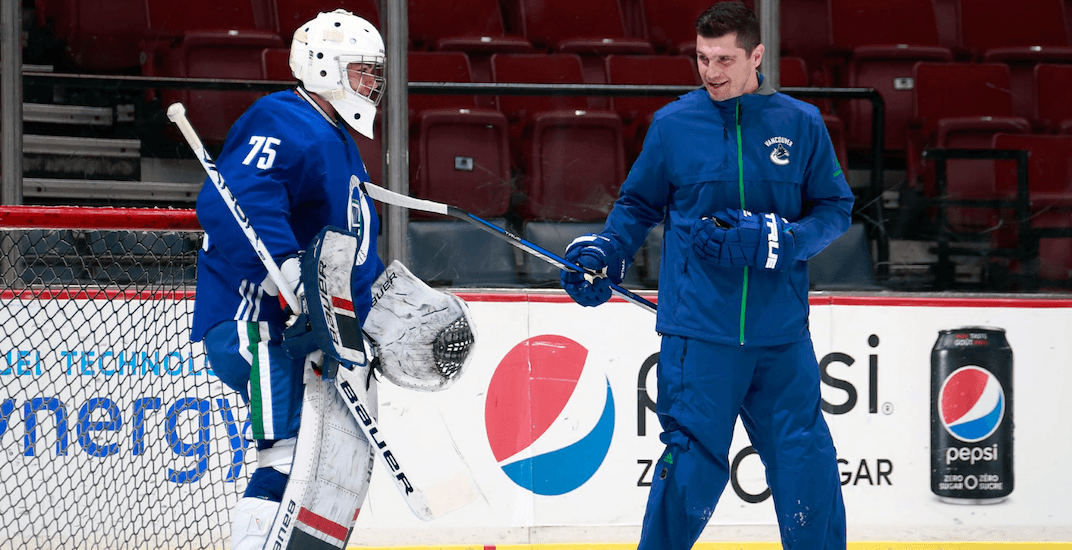 The Vancouver Canucks have shuffled the deck with their coaching staff, as some familiar names will see a change in their responsibilities.

An entire goaltending department!! That’s exciting to hear. Looks like the goalies will be well taken care of https://t.co/bOyEP55W12

Cloutier is now responsible for goaltending staff and players at the NHL, AHL, and prospect level.

Ian Clark, who was a member of the Canucks’ coaching staff from 2002 to 2010, returns as the team’s goaltending coach. Ironically, Clark was Cloutier’s goalie coach for most of his time as a player with the Canucks.

Clark’s resume also includes work with Team Canada at the World Juniors from 2003 to 2006, serving as a consultant for the Florida Panthers and MoDo in 2001-02, and founding the Goaltender Development Institute.

“I’m excited about the changes we’ve made to our Hockey Operations staff,” said president of hockey operations Trevor Linden. “We emphasize forward-thinking in every area of our team and when you combine the talent and experience of this group with that progressive mindset, we’re optimistic about the future.”

The Canucks are also making a change to their assistant coaches, as Doug Jarvis moves into a new role as a senior advisor, allowing Manny Malhotra to have an increased role.

Jarvis will consult with coaching staff and management with the Canucks and Utica Comets.

Malhotra was hired as a development coach in 2016, and was promoted to assistant coach last year. The team said his responsibilities will increase, including a special focus on the development of young players.

In Utica, the Canucks announced that Scott Walker will move into a full-time role as director of player development, working under Comets GM Ryan Johnson.