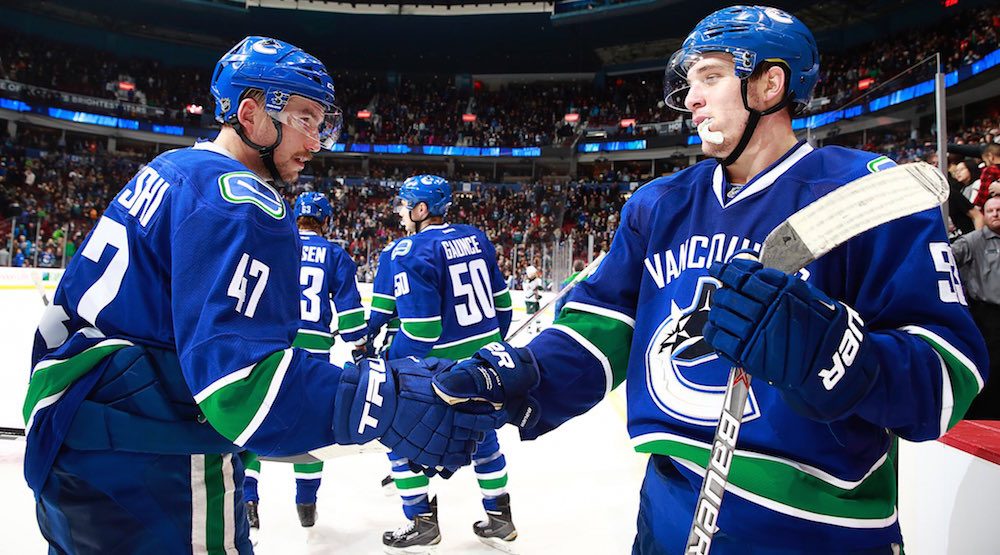 On a day in which they acquired three new players in free agency, the Vancouver Canucks also re-signed one of their own on Sunday.

Restricted free agent Sven Baertschi is getting a bump in pay, agreeing to a three-year contract worth $3.367 million per season.

The 25-year-old Swiss winger scored 29 points (14-15-29) in a year that was cut short due to injuries, limiting him to just 53 games last season. Playing on a line with Bo Horvat and Brock Boeser, Baertschi looked poised to set career highs in goals, assists, and points before he suffered a fractured jaw in December. His season ended in March after suffering a shoulder injury.

The Canucks are also bringing back forward Darren Archibald, who has reportedly agreed to terms on a new contract.

Archibald signing with #Canucks will get done, they have agreed to terms. #Canucks

Archibald, 28, appeared in 27 games with Vancouver last season, scoring four goals and five assists. It remains to be seen where he’ll slot in, as the Canucks’ three free agent signings should take up some of the bottom-six forward spots that Archibald is looking for.