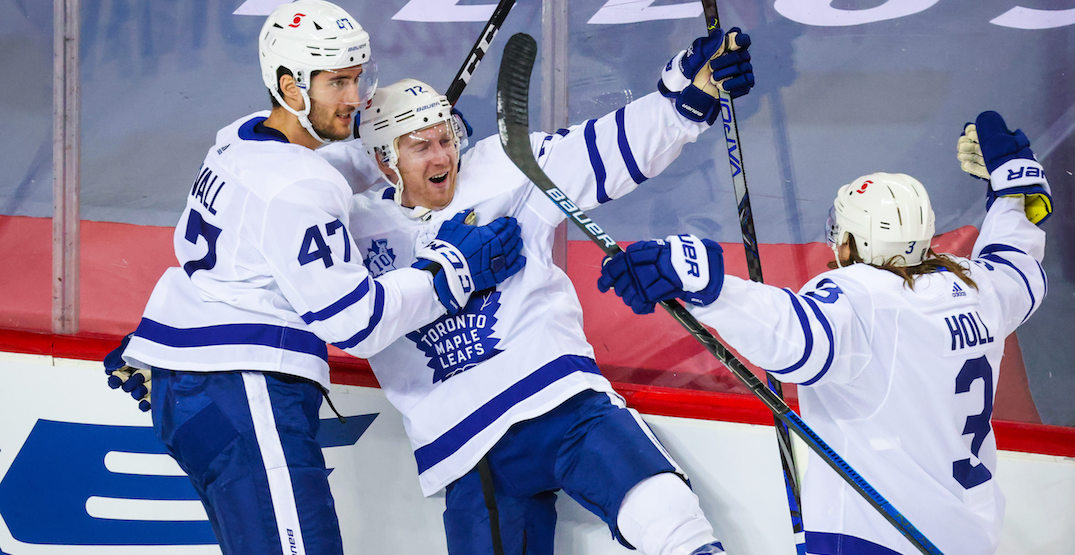 Canucks GM Jim Benning spent the first five years of his NHL playing career (and five games in his sixth season) as a member of the Toronto Maple Leafs, before finishing off with 241 games in a Vancouver uniform.

It appears that he’s on a mission to make as many people follow a similar career path, as on Monday morning the news broke that for the second time in less than a week, Benning had claimed a depth forward off waivers from the Toronto Maple Leafs.

While Vesey was a bit more of a regular lineup contributor than Boyd, slotting in to 30 Leafs games as opposed to 20, both will likely become nightly regulars in the Canucks forward group, with Vesey slotted in on the second line as of right now.

Unless he’s able to break speed records on the Trans-Canada Highway or charter a private plane, don’t expect Boyd to be in the lineup tonight at Rogers Arena against Winnipeg. But whenever he does make his Canucks debut, here’s what you can expect from the newest member of Vancouver’s squad.

Boyd is an interesting case to crack when you’re looking solely at the box scores. Twenty years ago, a player like him might not have had a spot on an NHL roster, as he’s a useful depth piece but is remarkable at his ability to avoid showing up on the box score at all if he’s not putting the puck in the net.

When he does, it can be pretty, like this toe-drag goal from earlier this season against Ottawa, scored on a two-on-one with Vesey.

In his career to date, Boyd has registered just 12 penalty minutes since coming into the league, to go with 11 goals and 28 assists in 105 career games.

The 27-year-old actually played most of the time with Vesey as well as Jason Spezza so far this season, usually rotating in on the Leafs’ fourth line. The results of the two newest Canucks admittedly weren’t great at all: in 70 minutes of 5v5 ice time together (Boyd’s most with any non-Spezza teammate), the two put up a Corsi-for percentage of just 36.36%, as they were absolutely bleeding shots defensively.

The pair allowed 71.04 shot attempts against per 60 minutes. For comparison’s sake, the Leafs’ average this season has been 52.53/60 (17th best league wide), and even the defensively inept Vancouver averages 60.89 (31st best league wide).

If Travis Green is looking for Boyd to find some chemistry, it’s probably not with Vesey.

In his three years in Washington, however, Boyd was generally a pretty low-event player on both ends of the ice, coming in at a respectable enough 49.6 career Corsi-for percentage coming into this season.

Boyd might actually be the best described as a “tweener” — too good to stick around in the AHL, but not usually much better than that. He’ll likely never be slotted into an opening night roster, but you look back and he’s quietly putting up points in his limited ice time.

The 27-year-old was drafted by the Washington Capitals in 2011 out of the US National Team Development Program, where he played alongside Canucks forward J.T. Miller. Chemistry probably doesn’t come back instantly after a decade away, but it’s likely nice to have some friends in the room.

The six-foot, 190-pound forward then played four full seasons at the University of Minnesota before joining the AHL’s Hershey Bears, where he led the team in scoring in 2016-17 with 63 points in 76 games.

And hey, regardless of what you think of him, Travis Boyd is technically a Stanley Cup champion, too.

He was in the on the ice for exactly 12 minutes and 12 seconds in the second round playoff series against the Pittsburgh Penguins for the Capitals when they won it all in 2018, and suited up for eight other regular season games. He had one highlight reel assist that season, setting up an Alex Ovechkin goal as he played centre on the Caps’ top line in absence of Evgeny Kuznetsov.

It was also his only point of the season, but dang if he doesn’t have a great story to tell his grandchildren one day.

Outside of Vesey and Miller, Boyd will also have a few other old pals to reconnect with, as he’s been reunited with former Caps teammates Nate Schmidt, Braden Holtby, and Jay Beagle.

If he can managed to skate for about 10 minutes or so a night, and basically fulfil the function of an okay reliever in baseball by eating up some playing time, Boyd will be a reasonable enough acquisition.

Expectations shouldn’t exactly be high for a guy that’s 27 and never played more than 53 games in an NHL season, but like Vesey, he might actually be a better option most nights than what the Canucks have been putting out this season.