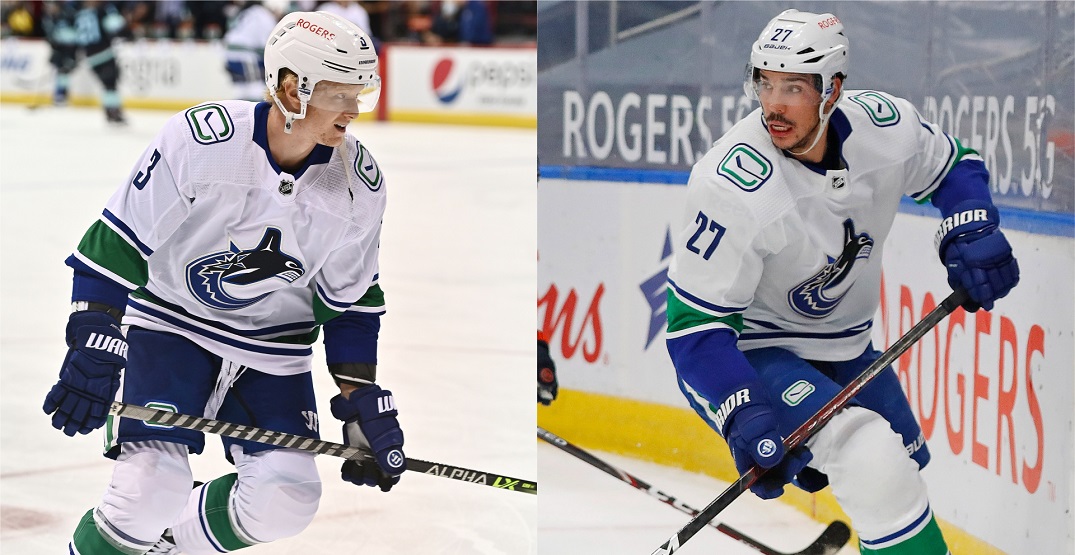 Travis Hamonic is set to officially re-join the Canucks today.

The Canucks announced that he’d been recalled from the team’s American Hockey League affiliate in Abbotsford, while Jack Rathbone was loaned to the AHL in the corresponding move.

Hamonic, a veteran defenceman, joined Abbotsford last week after missing the Canucks’ training camp for personal reasons. After clearing waivers, Hamonic played one game at the AHL level, picking up an assist in a 3-2 loss to the Ontario Reign on Saturday.

There were reports that the 31-year-old Hamonic was actually contemplating retirement this offseason, but those never came to fruition.

Hamonic was also rumoured to have been unvaccinated against COVID-19, which creates complications at the NHL level for teams with cross-border travel.

On Monday, Canucks head coach Travis Green said that Hamonic will be double-vaccinated “soon”, but did not go into further specifics.

In 38 games with Vancouver last season, his first with the team, Hamonic registered three goals and seven assists while averaging 19:22 of ice time per night.

Rathbone, a Canucks 2017 fourth round selection, suited up for eight games this season. He didn’t register a point, and averaged 13:33 of ice time this year.

It’s not clear yet when Hamonic will be making his season debut, or what his role will be this season. But the team does need some sort of spark, as they currently sit in eight place in the Pacific Division with a 3-5-1 record.

The Canucks play just twice this week: at home against the New York Rangers tomorrow, before hosting the Nashville Predators on Friday.