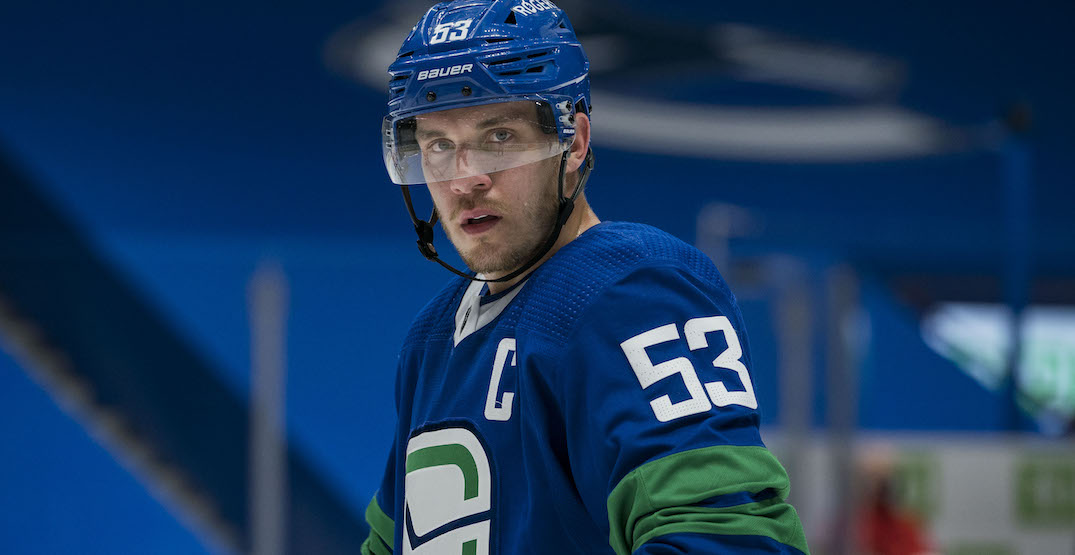 If there’s one thing everyone associated with the Vancouver Canucks can agree on, from players to coaches to fans, it’s that they’re tired.

Members of the team are tired after an exhausting season, one that included a brutal schedule with a COVID outbreak sandwiched in the middle.

Players, coaches, and fans are also sick of losing.

The Canucks have missed the playoffs in five of the last six seasons, and have the fourth-worst cumulative record in the NHL during that time. Each time they missed the postseason, they were realistically out of contention with multiple weeks left, if not months.

Only three players have been through all the losing — Bo Horvat, Alex Edler, and Brandon Sutter — and the latter two players aren’t guaranteed to return next season.

While Horvat has blossomed as a player, being named captain at the start of last season, he hasn’t done a lot of winning since coming to Vancouver.

Now 26 and having 502 career NHL games under his belt, Horvat was asked if he’s getting impatient.

“I want to win. There’s no doubt about that,” said the Canucks captain on locker clean-out day. “I’m getting tired of being out of the playoffs and not being able to fight for the Stanley Cup. I want to win here and I finally have the group to do it, and collectively as a group, we have to take that next step next year and fight and make the playoffs.”

It seems outrageous to say, but the Canucks are now beginning to run out of time to put a contender together with Horvat still in his prime. By GM Jim Benning’s own admission, the team won’t be able to compete for the Stanley Cup next year.

If all goes well, the Canucks will become a contender by the last year of Horvat’s contract in the 2022-23 season, but there’s a huge amount of work to do before then.

The Canucks have the building blocks in place, with the likes of Elias Pettersson, Quinn Hughes, Brock Boeser, and Thatcher Demko. But the rest of the roster is mostly a wasteland of journeymen and overpriced has-beens who aren’t contributing much on the ice.

That’s a fact not lost on Horvat, though he, of course, put it in more diplomatic terms.

“In order to win in this league and to win the playoffs — you see it in the first couple of games — not only do your top lines have to score, but you have to have that depth in your lineup. I think if we can add that we’re going to be really successful.”

A number of high-priced contracts will come off the books this summer, including those belonging to Edler ($6M), Sutter ($4.375M), and Sven Baertschi ($3.37M), as well as the $1.03M cap hit remaining from the Ryan Spooner buyout.

But that money, and then some, will be spent on re-signing Pettersson and Hughes, who are due huge raises as restricted free agents. It will also be eaten up by Demko’s new deal, which kicks in next season and carries a $5M cap hit.

Consequently, it will take some skillful moves to improve the team for next season, for which Horvat admitted he would offer his opinion if management asked.

Hopefully he’s got some good ideas.