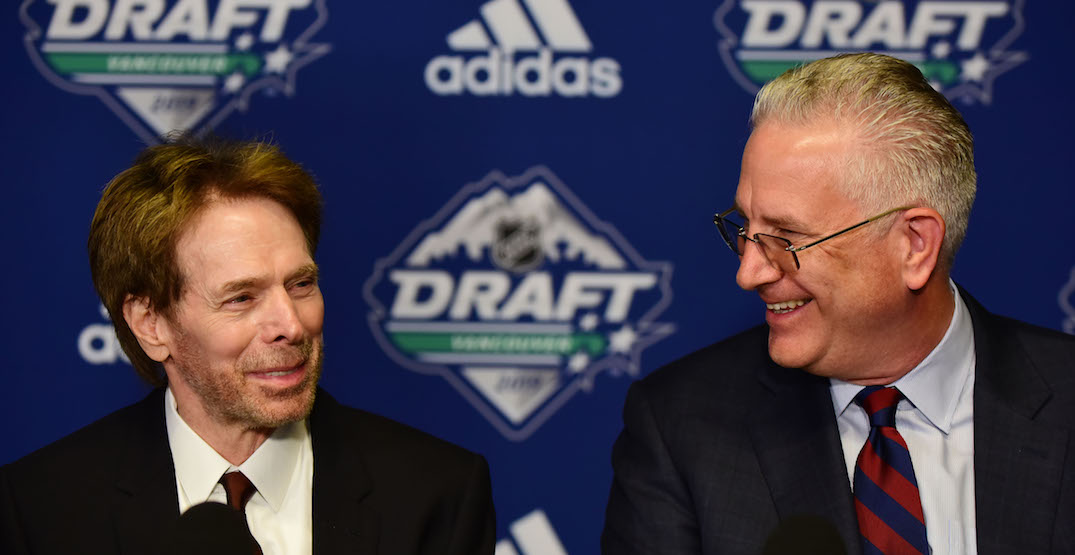 A well-timed tweet by the NHL’s newest franchise didn’t mention the Vancouver Canucks by name, but it’s clear who the Seattle Kraken were talking about.

Moments after the Canucks’ season came to a disappointing end — a 6-2 loss in Calgary, which secured last place in the North Division standings for Vancouver — the Kraken had this to say on Twitter:

for everyone asking, yes, we are accepting applications for new fans. 😏

Canucks fans were quick to clap back of course…

If I was gonna support a crappy rum, I'd support captain Morgan instead

Meh Canucks till I die. Nice try though

Although some seemed intrigued at the possibility…

How's your ownership situation? Aksing for a few friends… #Canucks

I was on that the day the Pearson extension was announced

Truth be told, losing fans to Seattle isn’t likely to happen in significant numbers, though Canucks Nation is furious with their team at the moment.

#FireBenning was trending on Twitter again last night, as it has on numerous occasions this season in response to the moves made by GM Jim Benning. The Canucks finished the season dead-last in the North Division, and should get a top 10 pick in the upcoming draft.

Both Vancouver and Seattle will find out where they’ll pick after the draft lottery on June 2. The NHL Draft is set for July 23-24.

The Kraken will fill out the bulk of its roster during the expansion draft on July 21, which will see Seattle pick one player from every existing NHL team, except for Vegas.