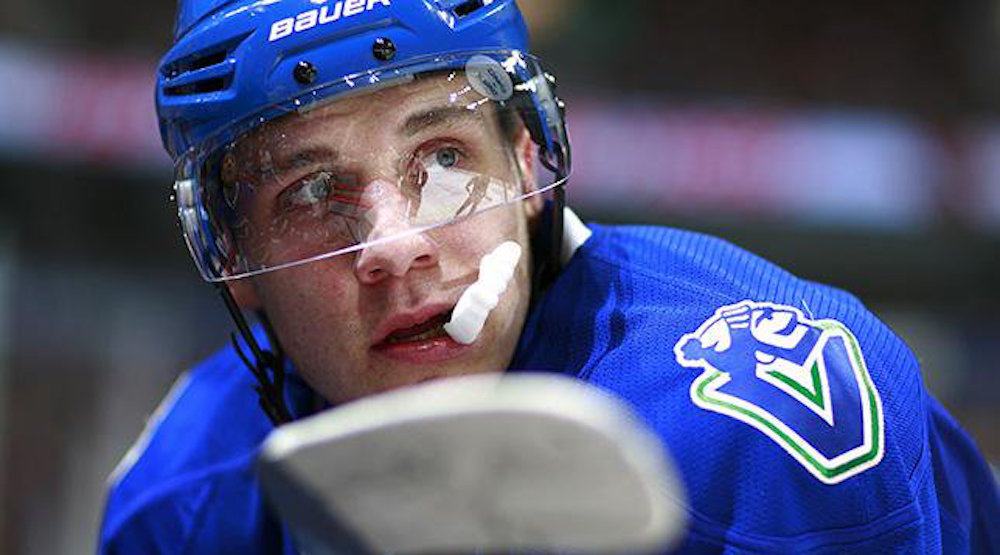 It’s late August and the pressure’s on.

The annual Young Stars tournament in Penticton begins in two weeks, with veterans reporting to training camp shortly after. Is it possible Horvat would hold out?

Doesn’t sound like it, reading between the lines of Trevor Linden’s interview with Matt Sekeres and Blake Price on TSN 1040 on Thursday.

“We’ve had some good conversations with Bo and his reps,” Linden said.

For the most part, Linden did a good job of not saying very much regarding the 2013 first round pick.

“Out of respect for the process, I don’t want to say a whole lot,” he said.

“It’s been a positive process. Both sides have been really professional.”

One nugget of information Linden did give us though, was that the term they’re looking at is completely up in the air.

“All options are on the table,” the Canucks president said. “We’ve explored many of the options, anywhere from two to eight (years in contract length). You look at the options, you explore it as a group, and see where the best fit is.”

Reading between the lines (again), you can see why this would be a consideration. When players of Horvat’s age and experience are seeking a big money, long term deals, the compromise is often to shorten the length of the contract.

Is that a mistake? Depends on the money.

The popular theory among media and fans is that $5 million per season is a reasonable dollar value for a long term deal. I looked at comparable contracts last month, and concur with that assertion as well. If Horvat is seeking well above that amount, then perhaps a ‘show me’ bridge deal at a lower dollar value makes sense for the team.

As much as he’s loved in the city and has a bright future, it’s important to note that Horvat hasn’t proven himself as an elite player yet. He led the team in scoring and was the Canucks’ selection for the All-Star Game, but he did it in a down year from Henrik and Daniel Sedin with just 52 points.

Horvat ended the season going goalless for 17 straight games. While that was good for Tank Nation, it didn’t exactly play into the narrative that Horvat is a player who is getting better every day.

Defensively, he has a long way to go as well. He ranked 10th out of 14 Canucks forwards in Corsi, among players that have played over 20 games last season.

Horvat’s not a proven No. 1 centre yet, so should he be paid like one?

The Canucks will need to pay based on speculation of his future if they want to lock him in long term though. Horvat is projected by many to be a future captain of the team once Henrik Sedin retires. He’s probably going to be a stud two-way second line centre for years to come, and who knows, maybe he becomes a No. 1 line centre.

That’s why a bridge deal becomes more realistic if Horvat and the team remain far apart on dollars and cents.

If Horvat agreed to a one-year deal, for instance, he could be paid based on speculation for what he will accomplish next season. That’s easy to do. The hard part comes when you’re speculating on year four, five… or eight.