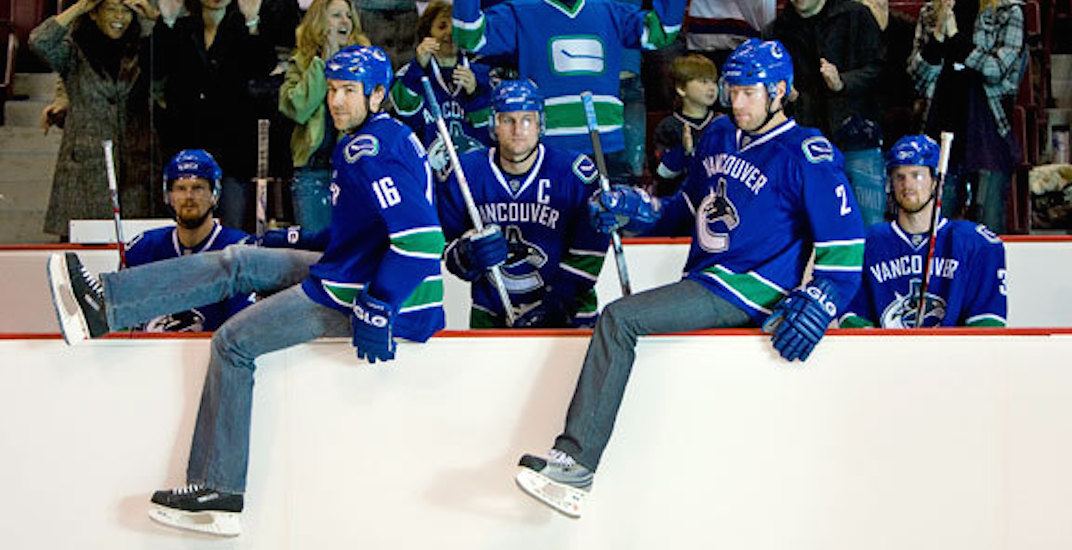 This is no dad joke.

Trevor Linden and his wife Cristina welcomed a new addition to their family this summer.

Cristina gave birth to a baby boy, answering a question that some Canucks fans had wondered for a while. Why doesn’t Trevor Linden have any kids?!

“I’ve been asked (about fatherhood) several times,” Linden admitted in a radio interview with Matt Sekeres and Blake Price on TSN 1040 on Thursday.

The 47-year-old Canucks president has been a pillar in the community forever and seems like a natural for fatherhood, so it was a sensible question to ask.

The name of their six-week old boy?

“It’s a shoutout to my old roommate,” Linden revealed.

The former Canucks captain is of course talking about Mattias Ohlund, his roommate on the road for most of their seven years together as teammates in Vancouver.

There are many honours bestowed upon longtime Canucks. Some get their jerseys retired, others get statues. Ohlund is one of six people to get ‘Ring of Honour’ status.

But as far as I can tell, this is the first time a player has been honoured with the middle name of the team president’s only child.

“I think you think of people who you imagine your son to be like a little bit,” Linden said. “Certainly Mattias was not only a great friend but a super high character guy. He’s pretty pumped about it.”

Before you ask, no, as Linden clarified, his son’s first name is not in honour Canucks legend Roman Oksiuta (although his numbers were better than you think – 46 points in 68 games with the Canucks in the mid-1990s, not too shabby). Instead, he’s named after Cristina’s father, Romano.

Linden, who has a pretty demanding day job to say the least, says he gets the night shift with little Roman.

“I get the nights,” said the proud papa. “It’s the quality time that I get to spend with him when we’re hanging out at three in the morning and he’s kind of looking around and just chilling.”