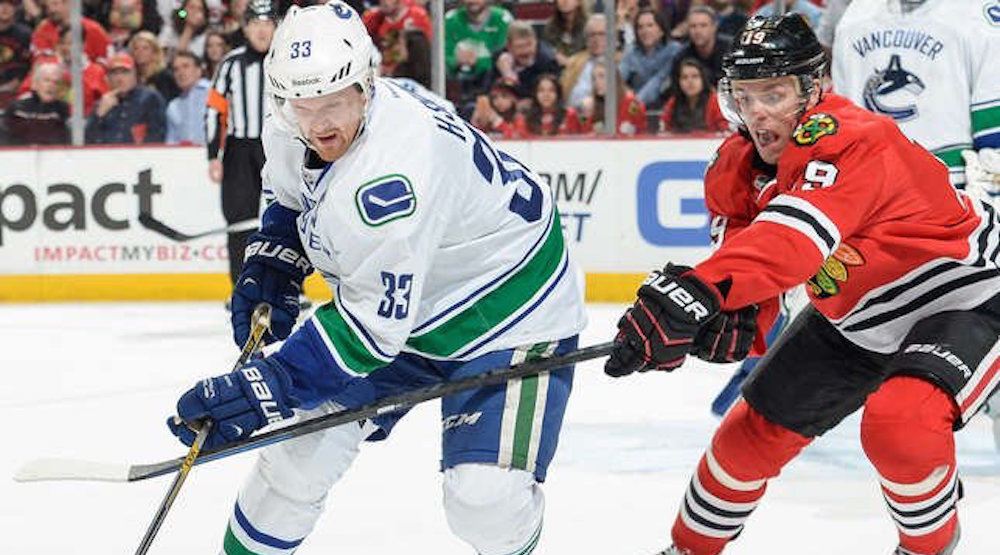 Having picked up five out of six points on their three-game home stand, the Vancouver Canucks visit the Chicago Blackhawks tonight.

A win would be the third in a row for the Canucks, and would also put them back in a playoff position. Never thought I’d be saying that 47 games into this season.

It’s actually quite phenomenal that the Canucks remain in the playoff hunt despite being in the bottom half of every statistical category, other than faceoffs (thanks Manny Malhotra).

Don’t expect any changes from what the Canucks iced on Friday against Florida. That includes in goal, where Ryan Miller is red-hot and will once again get the start tonight.

As you surely know by now, Friday night’s game against Florida featured the 1,000th NHL point of Henrik Sedin’s career. It was an amazing achievement, and an even better celebration.

The first player to hit a thousand points in a Canucks uniform, Henrik seems relieved to have the monkey off his back, and can get back to focusing solely on the Canucks playoff hunt.

After a cold stretch for the twins, Henrik is starting to get a bit of a hot streak going. He’s got a point in each of his last four games after going scoreless in the previous four.

His twin brother is starting to pull out of his funk too. After a stretch of eleven games where he registered just one point, Daniel has three in his last four.

The improved play of the Sedin line comes at the exact same time that Jayson Megna was replaced by Loui Eriksson as their right winger. Coincidence? You know what I think.

Believe it or not, a win tonight would not only put them into the playoff picture, but into the first wild card position, leapfrogging both St. Louis and Calgary. 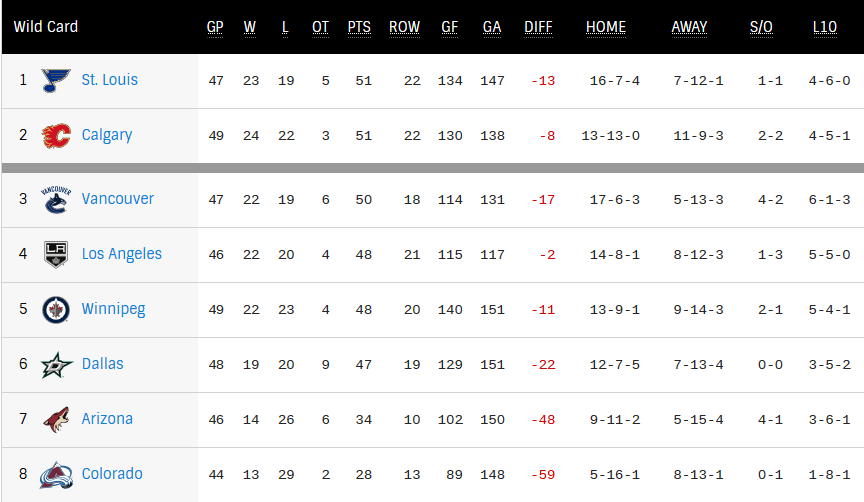 This Canucks season has been a lot like Donald Trump’s presidential run. The longer they hang in the race, the longer you think, “they can’t seriously keep this up, can they?”

Can the Canucks actually make the playoffs? Stranger things have happened.

For once, I’m not talking about the Canucks.

Okay, I still am, but the Blackhawks have also had some surprising struggles with special teams this season.

Though both units have struggled, the main issue for the Canucks has been the power play. It sits 2nd-worst in the NHL (thanks Arizona) at an abysmal 13.2%, and the way the unit is set up doesn’t look like they deserve more success.

It just hasn’t been working and if they want to improve in that department, a change is needed.

canucks getting a powerplay vs the canucks on the powerplay pic.twitter.com/90P4eB20Xe

The Blackhawks meanwhile, have struggled mightily on the penalty kill. At 75.6% they allow a goal on about one out of every four power plays. That’s really bad.

Luckily for the Blackhawks, they are good at staying out of the box. They average just over three penalties per game, second-best in the league in that regard.

Who would you say the Canucks MVP is at this point in the season?

For the first time in a decade, it isn’t a Sedin twin. It isn’t Chris Tanev or Alex Edler. And no, it isn’t even Bo Horvat.

No, the Canucks MVP so far this season is Ryan Miller. Far and away.

You could make a case for Horvat, who leads the team with 30 points in 47 games as a 21-year-old.

But that’s just it. The Canucks are led by someone averaging 0.63 points-per-game. That pace, although impressive for Horvat, doesn’t even crack the top 100-point paces in the league.

Yet here the Canucks are, on the brink of a playoff position. You can thank the 36-year-old Miller.

Ryan Miller dragging the Canucks kicking and screaming into a playoff spot.

Miller had a .904 SV% at Christmas break, but since then has elevated his game, and the Canucks have benefited with a 8-1-3 record over the 12 game stretch.

If he sustains these numbers through the season, it’ll be Miller’s best statistical season since his Vezina season in 2009-10 with the Sabres.

At this rate, he’s ALMOST worth his $6 million price tag.

As much as I want the Canucks to pull into the playoff race, a road game against Chicago isn’t exactly favourable.

The Canucks road record is 5-13-3, while the Blackhawks are 17-5-4 at the United Center. Neither of those stats bodes well for the Canucks.

Still, the Canucks have been playing good hockey lately, and they often play some of their best games against Chicago.

The Blackhawks will win 3-2, but it’ll take overtime, and the Canucks will move into the 2nd wild card spot thanks to the loser point.