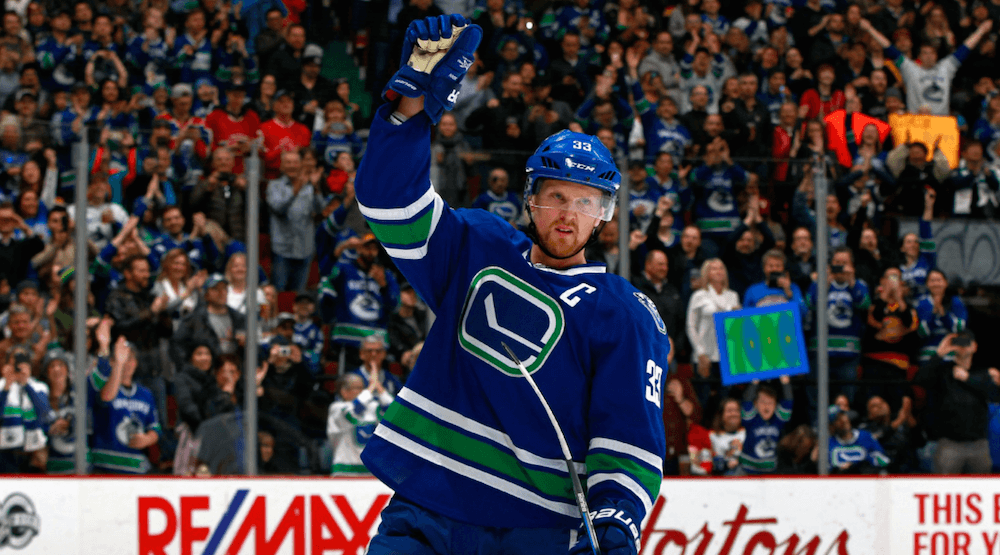 It was a special night at Rogers Arena on Friday night, as Canucks captain Henrik Sedin became the 85th player in history to record 1000 points in the NHL. What made it even more special for Canucks fans was that he scored every single point in a Canucks uniform.

The only person in the building likely not impressed by the milestone was Jaromir Jagr, who is nearing 2000 points.

Henrik got the milestone point in style, scoring a beautiful goal on former teammate Roberto Luongo. Naturally the primary assist came from his brother Daniel, who is now just 32 points away from 1000 himself.

Here’s a look at the goal:

“I think the best part by far was teammates coming onto the ice and celebrating with me,” Henrik said post-game. “That’s something that I will remember forever.”

Here’s what was played on the video board at the next TV timeout:

It was a special moment for Henrik Sedin and the fans on the ice, but what we didn’t get to see (until today) was how the coaching staff and his teammates congratulated him in the dressing room.

Here’s the post-game reaction in the dressing room:

The music stopped when #HENR1K walked in, then the #Canucks salute began. pic.twitter.com/6Wxm1FqcR4