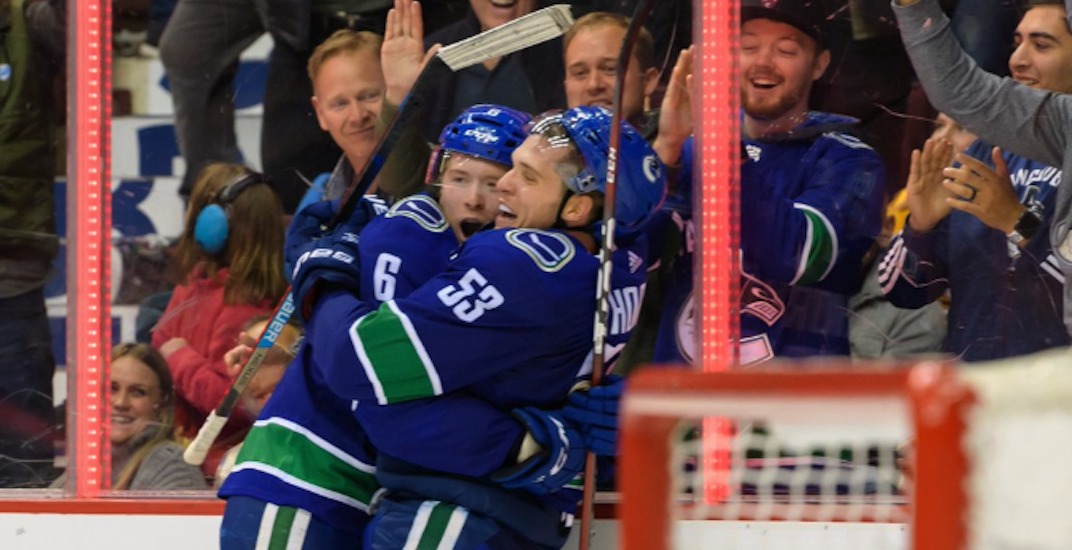 The Vancouver Canucks are one of the surprise teams of the NHL early on this season.

A young up-and-coming team, talented players like Elias Pettersson, Brock Boeser, and Bo Horvat have given fans something to get excited about. Coupled with work ethic that has led to a number of upset wins early in the season, there’s a good reason to head to Rogers Arena.

We’ve got four tickets up for grabs against the Canucks’ old rivals, the Chicago Blackhawks, on Halloween night.

The Canucks have a number of fun things planned to ensure it’s the spookiest game of the year.

Rogers Arena will be Halloween-themed, with a nine-foot Frankenstein patrolling the perimeter and wandering the concourses. The stadium will be illuminated like a jack-o-lantern on the outside, with zombie singers and dancers inside.

The Canucks will also hide 100 orange pucks inside Rogers Arena, for fans to find and keep.

Fans are encouraged to show up in costume, while kids in costume can pick up a bag from Fin’s family zone in section 102 and go trick or treating around the arena. 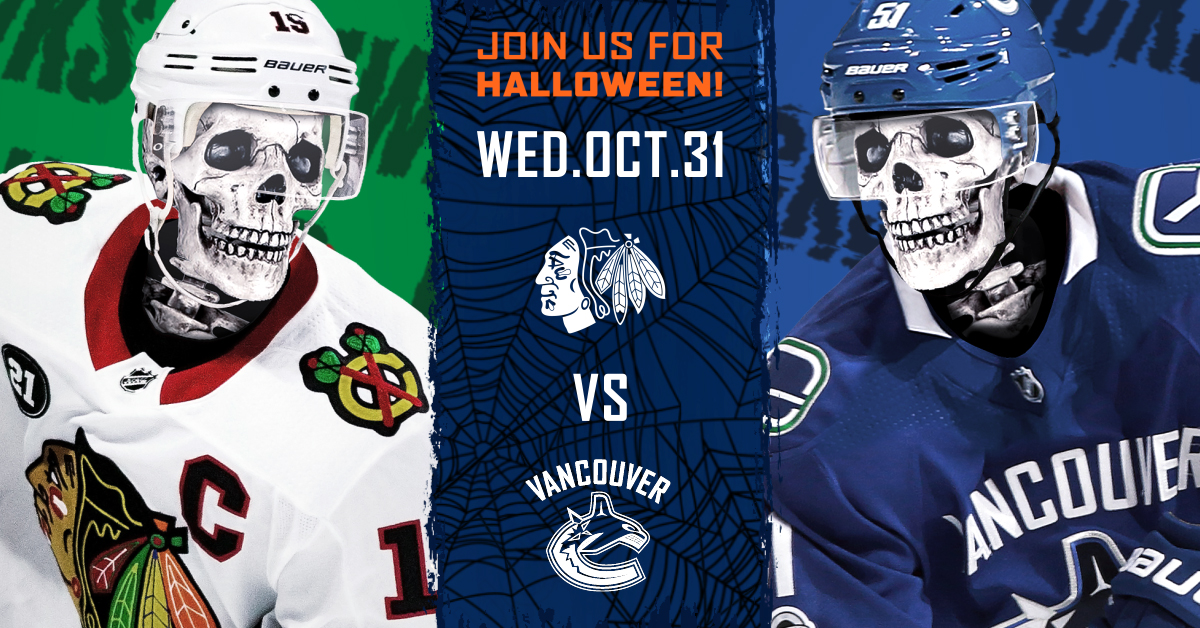 We’ve partnered with the Canucks to give away four tickets to Wednesday’s game so you can see their old nemesis up close and in costume. To enter to win, do at least one of the following:

Contest entries will be accepted from the time and date of publishing until 11:59 pm on October 30, 2018. One winner will be chosen at random and contacted through the platform they used to enter.