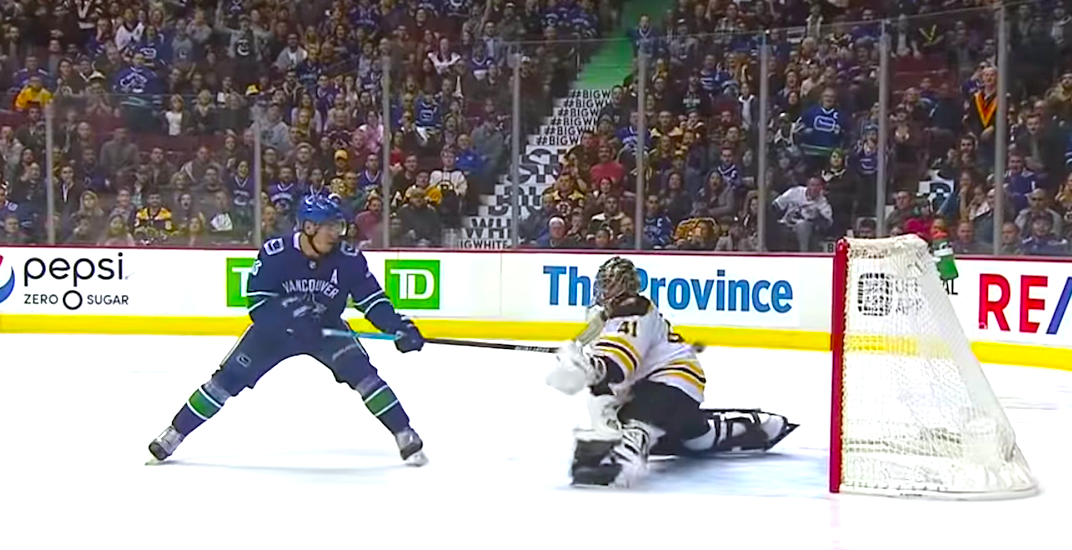 I guess this is why everybody wants to make him captain.

Bo Horvat had a night to remember Saturday at Rogers Arena, scoring a beautiful goal in overtime in the Vancouver Canucks’ 2-1 win over the Boston Bruins.

The goal came at the end of a long shift for Horvat and linemate Brock Boeser, who were both gassed, but found enough energy to convert a pretty passing play on a two-on-one.

The OT win is the second of the season already for the Canucks, who won in the extra frame in Pittsburgh Tuesday on a goal by Boeser.

“My first four years, I sucked in overtime,” Horvat told reporters after the game. “I think I got scored on all the time and it’s definitely something I wanted to be better at this year. Brock and I have some good chemistry out there and thankfully the pucks are going in right now.”

The goal was Horvat’s second overtime winner of his career, coming in a game where he also picked up his second-career fighting major.

The fight came after Horvat steamrolled Joakim Nordstrom with a clean, open-ice hit. Noel Acciari came in to defend his teammate, but was promptly pummelled by Horvat.

Monster sequence from Bo Horvat. Lays out Joakim Nordström and then answers against Noel Acciari pic.twitter.com/vgDGK0OK0I

Brandon Sutter scored the other goal for the Canucks, while Jacob Markstrom was outstanding in his return to the crease, stopping 30 of 31 shots he faced.

The win improves the Canucks’ record to 5-3-0. Their next game is at home against the Washington Capitals on Monday.