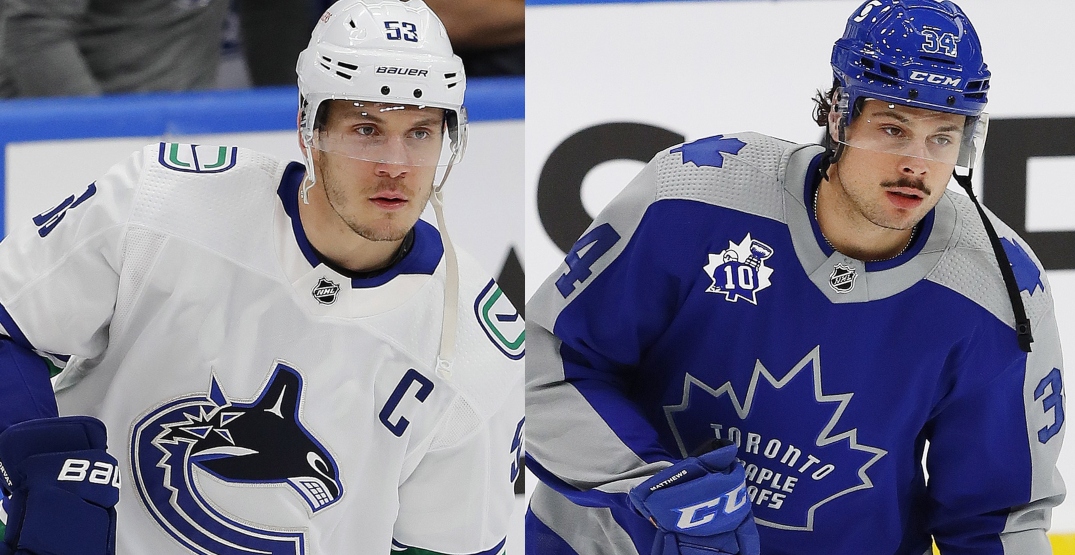 If you thought Canucks fans were fired up now, just wait until you see what the next five days will be like.

After playing the other five Canadian teams already this season, the Canucks finally get a crack at the most hated team in Vancouver: the Toronto Maple Leafs. The Canucks and Leafs will play the next three games against each other, beginning tonight at Scotiabank Arena in Toronto (4 pm PT on Sportsnet).

It’ll be the first time since the 1994 Stanley Cup playoffs that these two teams have played three consecutive games against each other, so expect a battle on the ice, and on Twitter among each fanbase.

Travis Green confirmed this morning that Thatcher Demko will make his second consecutive start in net for the Canucks, while Jake Virtanen gets reinserted into the lineup after being a healthy scratch last game. Zack MacEwen will sit tonight to make room for Virtanen, who has been much talked about lately.

“I wasn’t excited about [Virtanen’s] game at the start of the season,” Green told reporters after today’s practice. “He’s back in tonight, I just want to see a lot of energy in his game. When he’s playing well, you notice his speed. When he’s playing well, you notice him around the puck, he’s heavier on the puck. He’s got to have an element of physicality in his game as well that comes with that speed.”

The Canucks are limping into Toronto, after two more losses to the Montreal Canadiens on Monday and Tuesday. They’ll need to fight off fatigue, as this is their third game in four nights.

The Leafs, meanwhile, are well rested, having not played since Saturday’s 4-3 loss to the Edmonton Oilers. Toronto is 4-0-1 in their last five games.

The Leafs are neck-and-neck with the Montreal Canadiens for the title of ‘best team in Canada’ right now, while the Canucks currently have a worse winning percentage than anyone in their division, save for the lowly Ottawa Senators. 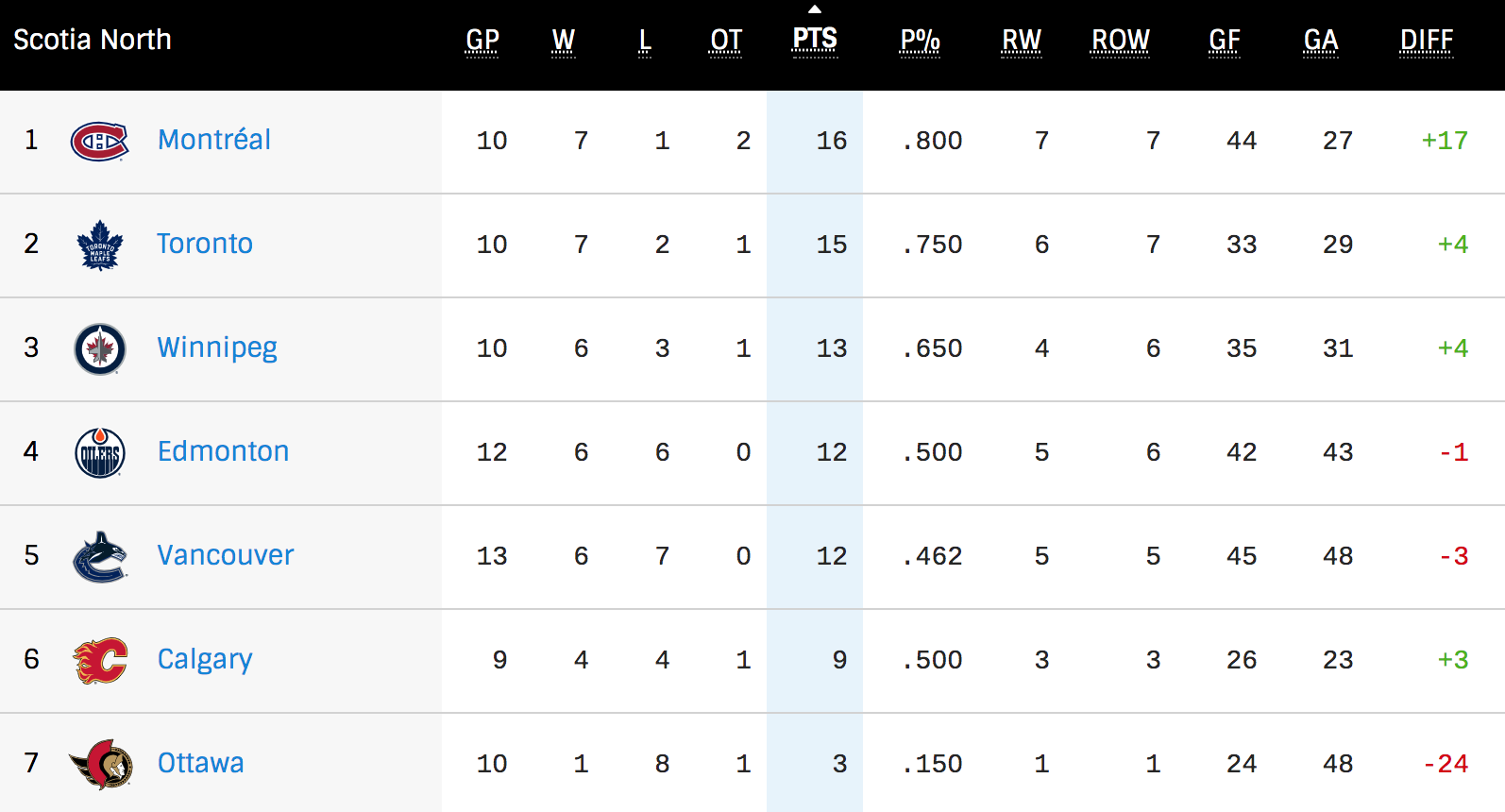 The Canucks haven’t had an easy schedule thus far, as they’ve played more games than any other team in the NHL. They’ve played 13 games already, which is three more than the Leafs have played. Vancouver’s tough schedule not only brings on more wear and tear, but also means that the team has had less time to practice.

Certainly given Vancouver’s poor defensive play this year, they could use some more practice time.

The Canucks are dead-last in the NHL in shots-allowed per game (36.0) and have the fourth-highest goals-against average (3.69). Not only that, but many of the chances they’ve given up have been of the Grade-A variety.

The Canucks and Leafs play tonight, Saturday, and Monday, all in Toronto at 4 pm PT on Sportsnet.